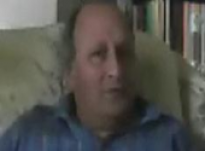 A man with prostate cancer found out about a new treatment in the newspaper. His GP helped him to...

A man with prostate cancer found out about a new treatment in the newspaper. His GP helped him to...

I must admit when I read the results from the Internet, cryotherapy struck me as being useful rather like Brachytherapy but they're using a very, very cold Argon gas that freezes the prostate to death.

I spoke about all the various possibilities with the consultant, and he said cryotherapy is not available in England. So I said 'In that case let's go for Brachytherapy,' which I understood then was available in Leeds and in London. And he went off to refer me for Brachytherapy. Literally the next day I saw in the Telegraph that Mr X down in X Town was in fact going to start up with Cryotherapy and I went back to see the consultant, and said 'Oi what about this?' and he read the article, took a photocopy of it and promptly referred me.
And I put this to my GP and he said 'Yes you're absolutely right but at the present time we have to put certain treatments out to tender and cancers are covered for our particular practice by [Hospital] so if you like your treatment has already been paid for in advance and that's somewhat different to having to come up with the cash to pay for your treatment now. But he said 'Leave it with me,' and a month later he came back and said 'It's fixed.' So I was very lucky and I was treated under the National Health.
I went down to the operating theatre somewhere about 10, 11 in the morning I was given a general anaesthetic and the next thing that I remember I was in bed and it was 4 o clock in the afternoon and everything had gone well.
After the cryosurgery I was a bit battered and bruised down below. One of the things Mr X had to guard against is that whilst he was happy, willing and raring to freeze my prostate to death, once that had happened it would be absorbed into the body, there were certain parts that he didn't want to freeze and so warm saline solution was pumped in and out of those parts to keep them warmed up. But I was pretty badly bruised and swelling and all the rest of it and he decided that he should give those working parts a bit of a rest and I had a secondary plumbing system inserted just about the navel, and I wore a bag for about a month. That was inconvenient.
This is for urine?
That's for urine yes, that was for urine. It was inconvenient but certainly the month I had the bag all the bruising went and the stitches were removed and the bag was eventually removed and I've had no urinary problems since.
And what about sexually because that's another thing a lot of men worry about, particularly with the other forms of treatment where you can have problems with erections and things like that?
Well yeah I have had a problem there but I was warned that that might be the case and might last for a year or so and yeah I still have a problem there. If I was 30 it might be a greater problem but I'm not.
I would say that at no time prior to or after my treatment have I ever had any pain or any reactions to the treatment whatsoever.
Previous Page
Next Page