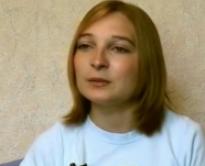 Had side effects from taking methotrexate and wanted to stop taking it, but her consultant was...

Had side effects from taking methotrexate and wanted to stop taking it, but her consultant was...

View topic summary
SHOW TEXT VERSION
EMBED CODE
PRINT TRANSCRIPT
And I went into [Hospital] because they wanted to sort out the methotrexate problem, because they said, 'You can't come off it because we don't have anything else to give you'. And I said, 'Well I'm not taking it any more because'' It went on for about a year the sickness thing and nobody really cared. I mean, I cared and my parents cared but the doctors they weren't really too bothered. They said, 'If you're not on it then you know you're, you're not going to be healthy enough'. And, I didn't care. I didn't care if I couldn't do anything, I just didn't want to be sick any more.

So I went in and various different doctors came to talk to me 'cos I was under Professor [name] at [Hospital] and she has a huge team and they all came to talk to me, all of them. And then she came as well so, you know, the big top dog, and she spoke to me and I said, 'No, I'm not taking it. You can't make me take it because I don't care if I'm, if I'm under 16 I'm not going to take it'. And I just said, 'No'.  And they said, 'Well we'll give you anti-sickness tablets'. And I had tried those, they didn't do anything. I said, 'But they don't work so I'm not taking it'. So they eventually [laughs] sort of, they listened to me.

I'm very involved in how it's managed and I make it my right to be involved as well. I think some people, I wouldn't say they get walked over but they feel that they don't have the right to say no because it's difficult, I must admit when you've, if you have got quite an over, over-bearing consultant, I mean my consultant she has to be strong and she has to be pushy because she has to fight for a lot of people to get the medicine they need, but that also in turn means that you have to be strong and have to be willing to fight if you disagree about something. So, it is difficult but you just have to have the strong will to do it. And you pick it up along the way.
Previous Page
Next Page