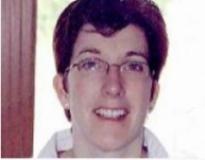 Age at interview: 33
Brief Outline: Pregnant with twins, had CS when she did not dilate beyond 9cm. Felt happy with her care and recovered well but disliked need for support after the operation. Keen to have vaginal birth with 2nd child. Went two weeks overdue, then delivered very quickly after being induced.
Background: Dentist with twins aged four and a half. Husband is also a dentist. Ethnic background' White British (Northern Irish).

She found it helpful to use a decision aid that allowed her to revisit information and think about her preferences outside the hospital environment.

She found it helpful to use a decision aid that allowed her to revisit information and think about her preferences outside the hospital environment.

View topic summary
SHOW TEXT VERSION
EMBED CODE
PRINT TRANSCRIPT
Probably, actually, probably about eighty-five percent of the decision was based on actually having a chance to think about the information out of the' a hospital setting, a home setting.

So is that another important factor about it, the fact that it was here and not in somewhere in hospital?

Well, I think that when you're somewhere clinical' you know, sometimes, I, I felt confident to say I couldn't, I hadn't made a decision. I didn't feel under any sort of pressure that I had to have made a decision there and then but it gave me a chance to go away and sort of think about it again with information at my fingertips. Whereas if I'd just gone away, I would have just gone away with the sort of verbal conversation that we had, kind of thing, which was, you know, as weeks go by, you don't retain the information or you're not really sure exactly what's been, been said to you, so I thought that was quite useful.
Previous Page
Next Page