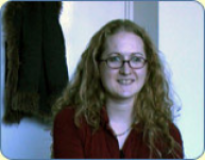 Age at interview: 25
Brief Outline: For her, the best contraceptive method was the coil.
Background: Single professional woman who works full time in the managerial sector. Brought up in a rural community where women had no access to family planning services.

Explains that boys feel more under pressure to perform well.

Explains that boys feel more under pressure to perform well.

View topic summary
SHOW TEXT VERSION
EMBED CODE
PRINT TRANSCRIPT
I don't think so, not in the same way that boys do because I think for girls everyone knows that for a girl it's going to be difficult and it's going to hurt so if you are in a situation with boys and girls and it's their first time for both of them, then the boy is the one who is going to feel the pressure because he feels like you know, he's got to make this happen and he's got to make it easier for the girl.

Whereas the girl is sort of like you know, I kind of don't really have to do much, I mean, for me personally I didn't really feel under pressure to perform well at all, I was lucky as I was with someone I loved a lot and it just felt right and it didn't really matter.

Thinks men are reluctant to have a relationship with a girl who has had several partners.

Thinks men are reluctant to have a relationship with a girl who has had several partners.

View topic summary
SHOW TEXT VERSION
EMBED CODE
PRINT TRANSCRIPT
Yes like I said earlier it's okay for men to go out and have casual sex. They can have a different partner every night of the week and everyone thinks 'oh he's a stud', you know, he's well cool, his mates think he's great. If a girl does that all the girls will hate her.

Some guys will be like oh you know, that's cool, that's brilliant, but quite often you know if you meet a guy that means a lot to you and they know that you've been sleeping around then they can behave a little bit weird.

In which way weird?

That's what I'm trying to clarify.

That maybe you are available?

Yeah, I think they expect you to carry on behaving like that and they will treat you like that's what they're expecting so they will be with you for a bit of fun, maybe for a one-night stand. Whereas maybe with that particular person your feelings might be strong and you might want more but he sees oh you know, this is what she does and that's what she will always do and so it can be very difficult to get into a relationship when people know you've had a lot of one-night stands.

And it can also be hurtful to you?

Yeah, it's the whole situation of stereotyping you know, people see what you've done and think that's all you do and that's all you are and actually it's not.

Thinks that casual sex is more passionate and that a long term relationship is a very emotional...

Thinks that casual sex is more passionate and that a long term relationship is a very emotional...

View topic summary
SHOW TEXT VERSION
EMBED CODE
PRINT TRANSCRIPT
In my experience casual sex tends to be a lot more passionate, a lot more clumsy, but it can be quite good fun because it is so passionate and it, the actual, that passion burns out very quickly.

If you are in a casual relationship that goes on for you know for however long, it does tend to burn out very very quickly whereas if you're in a more serious relationship it will be a lot softer, a lot more slow, you'll get to know their body and what they like and it doesn't burn out so quickly.

Now the same question but differences at the emotional level.

Explains why the Depo Provera injection was not suitable for her.

Explains why the Depo Provera injection was not suitable for her.

View topic summary
SHOW TEXT VERSION
EMBED CODE
PRINT TRANSCRIPT
I'd always had periods every two months or thereabouts, sometimes three, and they lasted about two weeks when I did get them, anything for a month to three months apart.

Then I went on the Pill and obviously they were regular then but I kept forgetting to take the Pill so I stopped doing that and they carried on being irregular for years and years and years, and then when I started Uni I tried the injection and that made things even worse.

Which one, Depo Provera?

Yes Depo Provera, and that made things even worse and I've just put up with it for the last ten years and it was only last year that I actually went to see a homeopath and actually she sorted it out.

Then I came off it completely, I wasn't on the Pill or anything and I just carried on using condoms and then I went on the Depo when I was twenty.

That was for a year and I was still bleeding even when I was on the Depo so it wasn't right for me at all so I came off that and then I just said 'no more' hormones and stopped.

View topic summary
SHOW TEXT VERSION
EMBED CODE
PRINT TRANSCRIPT
Probably the schools more than anything because we had a session at school where we got, where we all had to sit in a classroom and we all got given a condom and we got taught how to put them on and things like that and I think we got given a couple and I think probably that's why I had them there anyway and I thought oh well I've got them, I might as well keep them on me.

Well as I said, I had a lot of information given to me at school, we had quite a few sessions at school about sexually transmitted diseases, about unwanted pregnancy, how to put a condom on, things like that and that was, that I think probably had the biggest influence on me, that's where I got most of my information at that age and I found that really helpful but I know my friends that were at different schools didn't get that.

So it is something to do with your school?

Yeah, and I think if it's there and it's always there rather than teenagers having to actually go and find it.

Did you have a school nurse or someone special?

There was a school nurse but I don't think she was involved with the sex education.

Who was involved with the sex education?

We used to have tutorials, so we would have like a seminar and we'd have outside speakers or sort of general stuff and then we'd have a tutorial just our class, and we'd discuss things and we'd have sort of workshop activity type things and I always found that really useful because you could have a bit of a laugh and a joke at the same time as actually learning something you know, you joke that 'oh I know all of this' but actually you didn't and you would pick up new things.

Explains her reasons for deciding to have an IUD and the physical side effects she had after it...

Explains her reasons for deciding to have an IUD and the physical side effects she had after it...

View topic summary
SHOW TEXT VERSION
EMBED CODE
PRINT TRANSCRIPT
Well usually my relationships don't last that long so they're okay to start with and I've actually now had a coil fitted recently. About sort of a month ago I had a coil fitted because I didn't want anything that had any hormones in it because I've had so much problems in the past, so I went to the Family Planning and spoke to them about it and so they fitted a coil.

One of my friends got one fitted and she was telling me about it and it sounded like a good idea.

And how do you feel about it, this is what you wanted?

Have you had any change or ill effect?

No, I mean at the moment they said to me when they fitted it, they said 'you might bleed quite a lot to start with' which I have been but other than that it hurts the first two days, just in the same way as just ordinary period pains, but other than that I have not had any side effects. I'm just hoping the bleeding will eventually die down um and then it will be nice, I won't have to worry about it so much.

The coil, because I am very forgetful, the Pill didn't suit me because I am just unbelievably forgetful and I forgot to take it. Besides, the hormone problems that I've had with my periods, I didn't want anything that was hormonal, I wanted something that I could just, I mean the coil is perfect because they put it in and it lasts for five years and I don't have to think about it, just go and get it checked every now and again and I just don't have to worry about it and it's there all the time so it is perfect.

Tells that she went to her GP to get contraception, but wasn't confortable about it.

Tells that she went to her GP to get contraception, but wasn't confortable about it.

View topic summary
SHOW TEXT VERSION
EMBED CODE
PRINT TRANSCRIPT
I did get my, when I first went on the Pill that was from my doctor but I didn't really, I didn't feel very comfortable about going to see my doctor about it.

Because it was a family doctor. I know, you know that they're not going to say anything but there was also two doctors at the surgery that were friends with my parents and I was very nervous about it and I told myself 'well they can't say anything', 'they're not allowed to say anything' but maybe they will, so yes I wasn't terribly comfortable.

This was the only surgery that there was where you lived?

It was my surgery and it was near school, near college so it was just more convenient and at that time the Family Planning Clinic that was nearby me or was nearest to me was only open on a Wednesday evening and I lived in a village and it was very difficult for me to get there. When I did go I had to lie to my mum and tell her I was meeting a friend and get there, so it was easier because the doctor's surgery was open all day.
Previous Page
Next Page