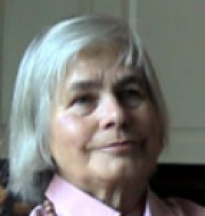 Realises that there are worse things than RA that could affect her in her 60s.

Realises that there are worse things than RA that could affect her in her 60s.

View topic summary
SHOW TEXT VERSION
EMBED CODE
PRINT TRANSCRIPT
Well I've had sort of arthritisy bones since I fell off a horse in the thirties so I was used to having to be a bit careful and having pain. A great thing, I mean it was I was still, what in my early sixties when it was diagnosed and one feels, I felt quite pragmatic about it because there are so many worse things it could be quite often. I mean it's not a very pleasant disease to have and it's there and its going to be with you all the time and of course it's going to get worse gradually, can't help that. But there are various things that can be done to keep it going and it's very much, how you deal with it, I feel, I, one can't succumb to it, you have to fight it a bit all the time, and stretch and try and do different things I think, just to sit back and let it grasp you, then that doesn't make you feel any better either because everything just hurts more when you do move.

Increased her steroids whilst on holiday to cope with the pain.

Increased her steroids whilst on holiday to cope with the pain.

View topic summary
SHOW TEXT VERSION
EMBED CODE
PRINT TRANSCRIPT
I try and get in as much exciting travelling as possible because you never know, you know, next year one might be disabled. And one has to pace that anyway a bit. As I say, when I went to Pompeii and other areas last autumn I was aware I was pushing it but in effect it just affected my blood pressure but it didn't, the joints were fine. Which continue to be fine. I, I upped the cortisone a bit, just the ordinary everyday and it carried it perfectly well.

So while you were out there you just chose to, to increase the dose yourself?

Not very much. I mean it was never more than about 6 mils which was not very high but not mils, milligrams, yeah. But because I had licence to do that and that sort of took the edge off the pain. But it was, it was, it was obviously stressful or the wretched blood pressure wouldn't have come in I think.

Really enjoys studying although her hands do affect her handwriting, but has found using a voice...

Really enjoys studying although her hands do affect her handwriting, but has found using a voice...

View topic summary
SHOW TEXT VERSION
EMBED CODE
PRINT TRANSCRIPT
But it did seem to me if you, at least my brain, it would have been so much worse if I'd had something that was affecting my brain. So I'm more worried about that going funny, hence the open university degree I decided to do. I did another degree in another subject a little while ago, but that was a, a degree at a university and that was slightly impeded by my well current rheumatoid and osteo rheumatoid troubles at the time but I managed that was fine, that worked very well really I could spread it over two years and it was fine. Because it was a further degree. So, I am sort of addicted to learning, I think probably, it keeps one going.

And the other inconveniencing thing is my hands. I cannot grasp anything. I can't write for more than say, seven minutes without it hurting quite a lot. My handwriting which was always, not very good  is now worse. It becomes a scrawl after a few, I can do it neatly for a few minutes and then it becomes a scrawl. But I have been very lucky because I am doing an Open University degree and the Open University has given me a voice computer, which makes an enormous difference, which is wonderful. Because you know I can type, I have always used a word processor or a computer, but it, it gets very tiring, I cannot do that either, I used to think well I can do that if I can't write but actually it's again I can't do it for more than about ten minutes it's just my wrists have, they don't look too bad, but they have gone pretty well now.

Describes some of the pain she has experienced with her RA and how sometimes you need to go...

Describes some of the pain she has experienced with her RA and how sometimes you need to go...

View topic summary
SHOW TEXT VERSION
EMBED CODE
PRINT TRANSCRIPT
Oh, the pains have got much, much better. I mean, it's, they're still sort of grumbling away in the background I would call it, not very, actually, I mean I wasn't able to sleep at night very easily without waking up and feeling in considerable pain. especially in my knees and one, the shoulder that's already damaged from osteo-arthritis has got rheumatoid arthritis in it as well and that was complaining like mad and my wrists were aching and an elbow was aching and feet sort of shouting at me from time to time.

But that's all gone quiescent at the moment which is wonderful. So it, it's quite a relief that I had about 3 or 4 months of quite a lot of inconveniencing pain.

I think really if your, you know if you've got something like this you can't let the boundaries come in on you all the time, I think that's what I would say to other people. You've got to push against them, you, it's you know, other people will do things for you, I have a very helpful husband who likes to do a lot of things for me, but and he does I do let him do a lot of things for me but other things, I really must do or otherwise one is too confined. And there's no point in that.

You don't want to let it get the better of you?

No and sometimes it's a matter of going through the pain barrier, I think, and it's never quite as bad on the other side, as it seems when you sort of, am I going to do this and sort of steel myself and go there and it does on the whole work. But it can seem you know, you could be quite daunted by it sometimes, not always but sometimes I think.