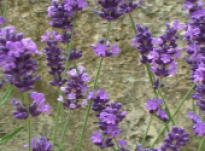 Age at interview: 73
Age at diagnosis: 67
Brief Outline: On anti-TNF therapy; Cimzia and on medication for breathlessness. She attributes her breathing difficulties to another RA drug, methotrexate. Christinesays that living with RA is not her main health issue, but breathing problems do affect her physically and sometimes emotionally.
Background: Married, with two grown up daughters and retired. Christine stressed that the care she has received from her rheumatology hospital is 'second to none' in terms of efficiency, medical care excellence and health professional-patient communication.

Christine was diagnosed in 2005 and since then she has taken several different medications to try and control her RA. Her experience with RA medications suggests that they have either not worked; or they have worked for a while; or were discontinued because of their side effects. She is currently on anti-TNF therapy; Cimzia, which has significantly improved her condition. One main reason why she preferred Cimzia over other anti-TNF medication was that she found the handle of the pre-filled syringes easy to use for someone with restricted hand mobility. Before Cimzia, and among other symptoms, Christine suffered from stiff, painful and very swollen hands.

For about six months and prior to anti-TNF therapy, Christine was given no RA medication. Her previous drug; Leflunomide had worked well for a while but then it became ineffective and gave her very unpleasant side effects. Christine explains that doctors wanted her to eliminate any traces of Leflunomide in her body before she started on anti-TNF medication. During her ‘detox’ period Christine was having predniselone to alleviate her symptoms of breathlessness.

After taking methotrexate for about two years, Christine began to suffer from breathlessness – something she never experienced before she took this drug. She is convinced that methotrexate is to blame for her breathing problems. She says those doctors, and after establishing that she doesn’t smoke, are at a lost as to what caused it and always asked if she has taken methotrexate. She is on inhalers but their benefits wear off before she is due the next dosage. At the time of the interview, Christine was due to start using a nebulizer machine at home.

Christine stressed that the care she has received from her rheumatology hospital is ‘second to none’ in terms of efficiency, medical care excellence and health-professional-patient communication but, in comparison, she is disappointed with the level of care she has received at her local hospital that is dealing with her breathing problems. One of her main criticism is that they are too slow at liaising with her GP. Her GP, on the other hand, was described as a very good support.

Christine says that living with RA is not her main health issue, but breathing problems do affect her physically and sometimes emotionally.

Christine leaves her Cimzia injection out of the fridge for well over half an hour before injecting.

Christine leaves her Cimzia injection out of the fridge for well over half an hour before injecting.

Some people have described Cimzia as being a very thick liquid…?

You must let it warm up. It’s got to be kept in the fridge, oh when I’m unhooked I’ll show you, it’s got to be kept in the fridge. And they say have it a room temperature for at least half an hour. Well I try and leave it a bit longer than that. As soon as I come down on the Monday, every other Monday morning, I take it out of the fridge, sometimes I’ll leave a note for [name] to say, “When you get up, you take it out of the fridge,” and then by the time I’ve been down and had my breakfast and cup of tea, taken me tablets and what have you, gone back upstairs and had a shower and what have you, it’s sometimes even an hour. So then it’s, but I think possibly if you didn’t let it warm up at room temperature it would be thick.But it does not appear thick when it’s been out of the fridge for a while.

Christine is convinced that the drug methrotrexate is responsible for her current breathing...

Christine is convinced that the drug methrotrexate is responsible for her current breathing...

View topic summary
HIDE TEXT
PRINT TRANSCRIPT
And they think that your breathing problems were caused by….?
By the methotrexate
…by the methotrexate?
Well everyone I, every specialist I’ve seen, they say, “Have you taken methotrexate?” and I say, “Yes,” and they say, “Right.” So it sounds as though…That’s when my problems started.
And for how long do you remember?
I cannot remember.I can’t remember for the life of me. It wasn’t, I don’t think it was that long, I think it was possibly four or five months, something like that but it was enough to damage, you see apparently my lungs are as clear as a bell, there’s not a crackle, so it’s nothing to do with my actual lungs. But to me it feels as though it’s from here, up to the top of my throat, I don’t know.
You know, I mean, if it wasn’t for my breathlessness, I think I would be one of the fittest women in [town] but because of my breathlessness, it wears me right down. This morning I went down to see a friend, opposite side of the road, right down in the corner; I couldn’t walk, I had to take the car down, isn’t that ridiculous? Whereas I would have walked to town you know.
So physically you feel able that you can do…?
Physically I am alright but it’s getting to the stage that I mentally and that, and I am so….this morning for instance, I was upstairs and I wanted to clean the bathroom, well just put a cloth around and I couldn’t do it and [name] came up and find me crying on the toilet because I just couldn’t, frustration, I just couldn’t do it, it’s awful when you’ve got to rely on someone else to do everything for you. But as I said, it’s not the Cimzia’s fault, that is fine, it’s just this breathlessness.
So that, at the moment your main problem is the…
Is the breathing yeah
…the breathing?
Yeah, I mean I don’t know if we contacted whoever make Methotrexate if they’d have any bright ideas because I thought of that you know but I’ll try the nebuliser first. I keep saying, “Yes I’ll try this first, I’ll try that first,” but if the nebuliser doesn’t work I’m going to contact somebody and see if they can suggest something because I mean I’m not the, I can’t be the only one that Methotrexate has affected.
No. But I mean if the Consultants are saying that it’s…?
Yeah. They, you know, they say, “Have you ever taken Methotrexate?” and you say, “Yes,” and it’s “Oh.” So it’s as though, it sounds as though they wouldn’t ask otherwise, they don’t ask about taking aspirin [laughs].
Did you have any sort of breathing problem before?
No, no nothing at all.
OK, so this
So then they say, “Are you smoke,” I say, “I don’t smoke.” “Do you drink?” No I don’t drink. If you don’t smoke, you don’t drink, yes I’m overweight but that’s because I’ve been pumped up with steroids, I’ll get that off again eventually when I’m off the steroids. They don’t, they’re lost.
<

Christine finds the Cimzia prefilled syringe very easy to use. To some extent, it was the...

Christine finds the Cimzia prefilled syringe very easy to use. To some extent, it was the...

View topic summary
SHOW TEXT VERSION
PRINT TRANSCRIPT
When I was in the hospital and she came up and she spent the whole afternoon with me with a load of injection things telling me the ins and outs of each of them and the reason I chose Cimzia, one of the reasons I chose Cimzia is that the top, as you take the injection out of the packet… the top is like a pen top with the If you can imagine here, it’s like yeah, it’s got a nice big loop on it and at the time my hands were bad and I thought, ‘Ah, that’s alright because I can get a finger in there and pull on,’ whereas some of these little tiny caps are very difficult to pull off.So that’s a reason I, and that’s the only reason; to me they were much of a muchness but it was the ease of getting the cap off and when you push the syringe to get and make sure the liquid was up to the needle, you know, you’ve got a great big, I’ll show you later, they’ve got, you’ve got a nice big rubber thing to hold on to and if your hands are not good you need that. So that is why and you know, she said, “There’s not a lot of difference in them but they’ve all got this, some have got this, somes got something else,” and I said, “What do you think of those?” she said, “It’s a very good one.” So Cimzia it was.
So they were offering you what we call the biological new therapies, or, Rituximab or?
I don’t know what they, I can’t remember what they were called now but again she offered, they were all there, in a, you know and she told me the whys and wherefores but the best one for getting the top off which, not being funny, if you’re going to inject yourself, you’ve got to be able to get to the needle haven’t you? [laughs] And if you can’t [claps] well you’re done so I, I’m quite independent, I can go upstairs and I sit on the bed, one, one month, one fortnight I do one leg and one the other. No problems whatsoever.
Previous Page
Next Page