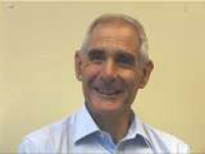 Age at interview: 62
Brief Outline: Has not had urinary symptoms and does not have a family history of prostate cancer. As a medical doctor he has had good access to information about the PSA test and has decided not to have one.
Background: Occupation' Medical researcher. Marital status' married. Number of children' 3. Ethnic background' White British.

He knows that treatment for prostate cancer isn't 'foolproof' and that it may be 'quite invasive'.

He knows that treatment for prostate cancer isn't 'foolproof' and that it may be 'quite invasive'.

View topic summary
SHOW TEXT VERSION
PRINT TRANSCRIPT
Obviously I've thought about the PSA test because it's been in the newspapers and I've heard people talk about it at work. And my thoughts go like this. I don't feel particularly worried about prostate cancer for myself. I wondered what I would do if I got a negative result i.e. the test was clear and I don't think I'd get any benefit from having an all clear result because I'm not worried about it in the first place. So what I would, if I had the test and got a negative result, which is the most likely, that, you know no gain and a little bit of inconvenience to all concerned, a bit of waste of doctor's time, laboratory time. If I got a positive result I then, as far as I know, would be facing a number of rather awkward decisions about whether to be treated, whether, what, and going through the further tests that are needed before one gets to the treatment. I'd also be worried, wondering about whether it was a false positive result and was the whole thing necessary or not. So on balance it seemed to me that being tested would cause more trouble than not being tested.

You mentioned the media, do you want to say a little bit more about that?

Yes, the media, I think, is quite prone to pick up a cause like prostate cancer screening, and that's good many ways but the way I was reading the articles is that they seem to be very one, usually one sided, usually for it. And I automatically would ask the question well, what's the other side of the argument? And when I found that that wasn't being very well described or considered in the press I did a bit of reading around for myself and came to the conclusion that there was a down side to being screened, that the test wasn't very reliable, that even if it's positive it doesn't necessarily mean that you're going to suffer from having a prostate, a lump in your prostate, that you can live okay fine with that, with that but the treatment wasn't, isn't foolproof by any means, nor very clear cut and some of it is quite invasive. So it's not necessarily a good thing to be tested.

Thinks the benefits of detecting prostate cancer early are 'pretty slim' compared with the costs...

Thinks the benefits of detecting prostate cancer early are 'pretty slim' compared with the costs...

View topic summary
SHOW TEXT VERSION
PRINT TRANSCRIPT
Yes I've talked about it with my wife and I think we have rather similar views about screening tests, that if they're available as part of a proper programme, that's a good thing and we take part in them. But if it were a one off individual demand that's probably not worth having.

But now we've moved onto screening, earlier you were talking about the PSA test in relation to yourself, do you want to say anything else about PSA screening of the whole population?

Yes, again I was interested to compare the advocacy that seemed to be coming from one of the journalists, particularly in the newspapers with the apparent, well as far as I knew the Government's decision, the Department of Health's decision not to start a programme of mass screening for prostate cancer. And so I read a little bit more into why such a decision would be taken, or not taken, and it seemed to me that the Government, I can understand, why the Department of Health has not been pushing for a prostate cancer screening programme. That the benefits in that detecting prostate cancer earlier and getting people onto treatment earlier really don't, those benefits strike me as being pretty slim against the costs and difficulties of running a programme.