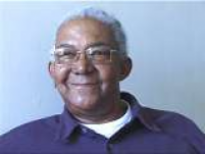 Age at interview: 70
Brief Outline: In 1996 he consulted his GP because his urinary flow wasn't as powerful as previously. Investigations, including a blood test and biopsy, indicated prostate cancer with metastases in bones. He is treated intermittently with hormones. He also finds spiritual healing helpful.
Background: Occupation' Retired electrical technician. Marital status' married. Number of children' 6. Ethnic background' Afro-Caribbean.

He noticed that his urine stream had become weaker so he consulted his GP.

He noticed that his urine stream had become weaker so he consulted his GP.

View topic summary
SHOW TEXT VERSION
PRINT TRANSCRIPT
I have a friend he had, had problems passing water and we used to talk about it and then that, in talking about it, it sort of jogged my brain and I said, to myself, 'Well, wait, this is something, I never had a problem passing water, but when you're younger and you're passing water it, it sort of spout out, to a distance like to this window there. But as time go by it started, the distance started to drop. Now, I put that down, when you're going in age and, you know, you're not as young as you used to be. But how wrong was I?

So, I got a bit concerned and I rang my doctor for an appointment. And I saw him, the following day, which was a Friday. And he asked me, the doctor, my GP asked me, 'Well, how long this is been going on?' I had to admit now that I told him a lie. Because I noticed it about, 'Oh, dear, I'm going to get me into trouble this.' I told him about six months when in actual fact it was more than that. And he gave me a good telling off..

So he said to me, 'I want you to go and have blood tests and come back see me within two weeks time.' Which I did. And I went to the, when I had the blood tests I went back to see him in two weeks' time and he, he told me about this prostate, up until then I didn't know what he was talking about, It sound foreign to me.

The consultant is now checking his PSA level every 6 weeks to see whether or not he needs to go...

The consultant is now checking his PSA level every 6 weeks to see whether or not he needs to go...

View topic summary
SHOW TEXT VERSION
PRINT TRANSCRIPT
I've got to go back and see, see the consultant in six weeks. So instead of seeing him in six months, three months, he said, 'No, I want to keep an eye on you.'

And did the consultant explain to you what they can discover from the PSA test, in relation to the prostate?

Yes, they, they, yes they did. From the test they, they can determine how the cancer's behaving, whether the, it's going in, oh how you call it, the'

Remission, yeah. I must emphasise here at this point, whenever my PSA is in remission they take me off the medication.

When the cancer's in remission?

Yeah. They take me off of it. Sometimes I off, I'll be off of it for 6 months. The last time I can remember being off of it, is about, for, for 14 months.

Yeah. So, in that time I'm off of it, I'm off medication.

And then what happens?

Until it started behaving badly, I would say.

And they can tell that from looking at the PSA test?

Yeah from the blood tests, they can tell whether the figures is going up.

And when it reaching double figures, say about, hmm, for the last time when it was 7, he said, 'Ah, that's nothing,' they're not worried about that. That's nothing to them. But to me, I don't want it to go that high. So he said, 'Well come back and see me in such and such a time'. And from that it went up to 17. He said, 'Right, I'm going to put you on medication.'

Back on the Zoladex?

Back on the Zoladex and the flutamide tablets. Well some, from day one that's what's the medication I was on. So they never change, change me on any other medication.

He was told that the biopsy would be uncomfortable but he found it very painful and wouldn't let...

He was told that the biopsy would be uncomfortable but he found it very painful and wouldn't let...

View topic summary
SHOW TEXT VERSION
PRINT TRANSCRIPT
So when I went back now to have the, the biopsy [laughs] that was painful. However, but he explained to me what was, how it's going to be and I went and I lie down on the bed and the doctor, he explained to me that I would hear like a little 'Pouf' going off, 'But it's not painful and it's nothing, it, it's just discomfort.'

That's what he said?

That's what he said. But to me, when he started it wasn't discomfort, but it was painful. On the outset he said they wanted eight samples. So I said, 'OK.' But when he started, and when he reached, he got his six samples, I said, 'Hang on a minute doctor', I said, 'I want to go to the toilet.' Because I couldn't stand that any more. But when I go to the toilet I was passing blood, you know, I see the, set of blood. So I got some paper, the tissue paper and pat myself with it. And when I went back in he said, 'Right, two more pieces.' I said, 'No you ain't.' I said. 'You've got six pieces of samples, whatever tests you're going to run, that's enough.' I said, 'There's no way I'm going back on that table for you.' And he started arguing with me. I says, 'You can talk until doomsday, I'm not going back there.'

Because it was so painful?

Because it was so painful.

And how did you feel after the biopsy?

I was in, I was in some pain. Because imagine you've got like a claw, snipping these bits of flesh from you, it leaves you sore inside.

Inside sore. And the, the blood, I was passing blood for about a day and a half or so. And in the meantime it was uncomfortable.