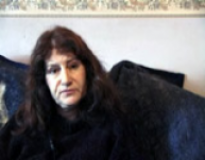 A mother of a child with pulmonary stenosis describes their experience of their daughter's...

A mother of a child with pulmonary stenosis describes their experience of their daughter's...

View topic summary
HIDE TEXT
PRINT TRANSCRIPT
We had, as soon as we got the appointment to go back to see the consultant, he told us, she would need an operation on her heart and that it would be a balloon catheter operation because the valve between the heart and the lungs wasn't fully open and it would need extending to help her heart perform properly and we were told we'd have to go all the way to [the specialist] hospital from Cornwall which is a long, long way and there's no motor, not much motorway and she was, we went into hospital in [a town in Hampshire] when she was six, only six weeks old. And we were very anxious because she was gonna have anaesthetic for one thing, plus the risk of the operation. But they were marvellous in the hospital. I can't praise them enough. The nurses and the consultants and the anaesthetist and everybody spoke to us and assured us they'd done this operation and it was a 100% success rate. But you still have those doubts and I can remember the two hours while she was in surgery were the longest we ever experienced, waiting and waiting and hoping that it'd all gone all right and fortunately the operation was successful.

Well there's no scar, they don't operate actually on the heart. She's got a little scar at the top of her leg, only a tiny one and they go through the vein from, from the leg. They go through the vein into the heart valve and then they inflate the balloon in the valve to, to stretch it, to make it wider so that the blood can get through. And, so don't be concerned thinking 'Oh she's going to have a big scar on her chest' 'cos, or he or she nowadays wouldn't have a big scar. She's got the most minute little scar at the top of her leg which no-one will ever see, on the inside of her leg. About a centimetre.

And her recovery time from that operation, how long was she in hospital for?

Only another couple of days after the operation then she could come home.

I think if any parent does have a child with a similar diagnosis as Eleanor to have great faith in what the doctors can do nowadays. They can do so much more with modern technology and, and things. But try not to be too worried and have confidence in the doctors. That everything should be all right for a balloon catheter operation. And the after effects are minimal. There's no after effects. And they don't have to stay on drugs for the rest of their lives which is good.

Did she have any after effects?

She came out of hospital 2 days after?

Her 5 year old daughter who has pulmonary stenosis has plenty of energy and goes to tennis...

Her 5 year old daughter who has pulmonary stenosis has plenty of energy and goes to tennis...

View topic summary
SHOW TEXT VERSION
PRINT TRANSCRIPT
She enjoys exercise. She eats healthily and also she does tennis lessons, dancing lessons and swimming every week. So there's no sign that her heart isn't working properly or else she wouldn't be able to do these things and I like her to keep fit and healthy as well, as a normal child I would anyway but especially with her heart problem to get plenty of exercise. She also started school and she goes to PE three times a week there. So she's getting plenty of exercise all through the week.

So as I say she leads a normal life. She eats healthily and she does plenty of exercise and she's never gone blue. She gets a little bit out of breath sometimes. I think that's because she puts so much energy into what she does. She runs to school. She runs up the road. I don't let her cross it by herself of course. But she's always running about and jumping about. She got plenty of energy. She's never been lacking in energy even as a toddler and she's never been pale. She's always had a fairly good complexion with rosy cheeks and she's never looked anaemic. She's never had dark lines around her eyes. She's never looked as if as she's lacking any, any nutrition.