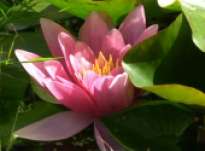 Age at interview: 58
Brief Outline: For Anne the menopause marks a new stage in her life. While hot flushes had a significant impact on her sleep, she believes that positive thinking, diet, exercise and over-the-counter products have helped her successfully manage the menopause transition.
Background: Anne is a part-time company secretary. She is married with three adult children. She started the menopause at age 55 and had her last period at 57. Ethnic background/nationality' White British.

Anne started the menopause relatively late at the age of 55 when her periods became irregular. She experienced a rise in premenstrual symptoms, including bloating, irritability and increased appetite. A year later she began to get occasional palpitations and intermittent hot flushes. The hot flushes intensified a year ago when her periods stopped altogether. Occurring day and night, they had a profound impact on her sleep leaving her feeling ‘absolutely dreadful’ during the day. She also found that she needed to get up and go to the toilet once a night.

Not wishing to take sleeping pills or HRT and believing the menopause to be a ‘natural process’, Anne sought relief through over-the-counter herbal products. Sage tablets ‘worked quite well’ for the hot flushes, but in the past six months she has taken Menopause Plus which she has found particularly helpful. Although the hot flushes still wake her at night, she is now able to go back to sleep. With her children having left home, Anne has also been able to go off to another bed from time to time to find a cooler place to sleep.

With the menopause, Anne has noticed her hair becoming wirier, her skin less elastic, and her waist thickening. However, she does not mind getting older and sees these changes as ‘normal’. While she has discussed aspects of the menopause with friends, she feels that there is a reticence among some women to admit they are going through the menopause because it is an acknowledgement that they are getting older.

Anne’s strategy throughout the menopause transition has been to think positively, eat well, and exercise by walking and playing tennis. Rather than focusing on her hot flushes and drawing attention to them by ‘waving her hands and flapping paper’, she has adopted a policy of ignoring them. Although Anne feels the menopause has made her absent-minded, she believes that completing a university degree has helped improve her memory.

Anne was interviewed for Healthtalkonline in February 2009.

Anne had occasional hot flushes and palpitations during the menopause. When her periods stopped...

Anne had occasional hot flushes and palpitations during the menopause. When her periods stopped...

I would have hot flushes for periods of a couple of months and then they’d stop and I wouldn’t have any at all. And then I’d have a period of hot flushes where I would have them every ten minutes and that would be quite uncomfortable but I’ve always just tried to ignore them. So if I had one and I was talking to someone I’d try very hard not to draw attention to it and I found that helps actually a lot. And occasionally I had periods where I’d get palpitations but nothing very serious and not very often. And then a year ago my periods stopped altogether and since then I really only have hot flushes.

So it wasn’t really until my period stopped altogether that I got hot flushes consistently. In that I’d have them sort of, at the moment I’m having them not as frequently as I have done but most of the time so day and night. Whereas before I’d go through, have a couple of months where they’re quite intense and then they would stop.

What were they like? What are they like now? How often do you get them? How long do they last?

Well, they don’t last very long at all. I mean literally I suppose it would maybe be a minute to a couple of minutes at the most. And I just feel very warm and I perspire and I can feel perspiration on my face and on the back of my neck and then it’s over. And if I have been with friends and afterwards I’ve said to them, “Did you notice because I was really aware of having one?” And they didn’t notice at all.

Anne copes with her hot flushes by diet and exercise, and wearing a cotton nightdress

Anne copes with her hot flushes by diet and exercise, and wearing a cotton nightdress

At the moment, my only symptoms are flushes. I do play quite a lot of sport. I play tennis and I think that helps quite a lot. I read a very good book by Miriam Stoppard about the menopause and she was quite keen on emphasising that diet and exercise were very important. So I’d say I have a good diet, balanced diet and I play a lot of sport and I think that’s helped a lot.

Yes, I mean at night I throw off the covers and I wear a cotton nightdress. In fact, they’re [hot flushes] not as bad as they were. I did have to at one point have a sort of flannel by the side of the bed just because I actually was perspiring so much but that’s not happening now. During the day, well maybe if I’m wearing a cardigan I just take it off but they’re actually very quick. I don’t really need to do that now.

Anne tried various products to improve her sleep. She found Menopause Plus the most helpful

Anne tried various products to improve her sleep. She found Menopause Plus the most helpful

Yeah, well I mean I’ve always been a good sleeper and I just went through patches where I would not sleep or maybe get a couple of hours a night and wake up. I would always eventually fall asleep in the morning and then wake up feeling absolutely dreadful, really sort of trembly because I’d had so little sleep. And if we went away it would be, holidays would be ruined in a way because I felt so tired but I found if I exercised then I felt better. So I had a friend who was very keen on walking so I used to go walking quite a lot. And I found that helped so if I did something first thing in the morning I actually felt better for the rest of the day.

But I have tried lots of things. I’ve tried Nytol Herbal and there are some other herbal things. I didn’t particularly want to take sleeping tablets but then I started taking these Menopause Plus* and I’ve found they’ve really helped.

What made you choose them?

Well, they’ve got isoflavones in so I thought maybe it was the lack of oestrogen that was causing it. So I thought I’d try them. I think I was getting desperate. I was going, I’d have tried anything. So and they’ve really helped.

How often do you take them?

And you’ve been on them for?

Since August. So now I get, I mean I don’t get an uninterrupted night’s sleep but I always go back to sleep if I wake up, so I wake up with a hot flush and go straight back to sleep.

(*Note' Available over-the-counter, Menopause Plus is a mixture of seven different herbal preparations.)

Yeah, I would say loss of memory, I mean I’m absent minded. But I’ve found doing my degree helped enormously. So I found I was much more focused when I was doing that. And also I was concerned about revising for exams and but I found I probably had to work harder than I would have done twenty years ago but no, I did very well in my exams in the end but I worked really hard. Actually I used to go to revision classes whereas I probably wouldn’t have needed to in my youth. And now I do crosswords and I find if I’m doing sort of mental exercises then my memory’s better but I am absent-minded. I mean I can lose car keys or the front door keys or forget things so yes, I would say that is quite noticeable. Or I’ll put things away or not remember where I’ve put them.

Anne hasnt been bothered by symptoms. Consulting her GP about the menopause would be wasting...

Anne hasnt been bothered by symptoms. Consulting her GP about the menopause would be wasting...

Have you consulted your GP at all about the menopause?

No, quite a long time ago I was getting palpitations and that was before I was 50 and she said, “Well, 50 is usually the age where you get palpitations or menopausal symptoms.” So no, I haven’t. I haven’t been at all. I mean I did mention the last time I saw my doctor I said, “I’ve stopped my periods. I’m assuming I’m in the menopause now.” And she said, “Yes,” That’s all.

So you didn’t mention about the insomnia or anything like that at all?

No, well I didn’t really want to be prescribed any sleeping tablets if that was the case.

Do you feel you got enough information?

Yes, yes through that book. But I mean I didn’t consider going to my GP to ask about it. I felt I’d probably be wasting his time doing that.

Well, I mean it’s only because I haven’t had problems so I guess if I was having a terrible time then I would have gone to see my GP with a specific symptom I think. Or the sort of group of symptoms that I felt were making my life miserable or unbearable. But just I don’t think I’d go and see my doctor just to find out about the menopause because I don’t feel that’s their job. I feel I have to go with a symptom.

Well, to make sure you have lots going on in your life so it doesn’t become the central focus of your life. And, to take up challenges really and keep busy.

Well, I think one should always sort of emphasise the positive that it actually I mean I know this is not the case for every person but it doesn’t necessarily mean it’s going to ruin your life or you’re going to have a terrible time. I think if you set out thinking it’s not actually going to have such an impact as people say then that can only be a good thing. I think maybe to look at it positively is very important. And not to think of it as growing old or being less attractive. I know some women think that it changes them. I mean it’s just part of life and you just accept it. Embrace it.