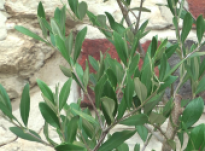 Age at interview: 70
Brief Outline: In 2008 Rob was diagnosed with cauda equina syndrome. The nerves in his lower back were compressed due to infection, leaving him disabled below the waist. He is incontinent so has a urethral catheter, which allows him to lead a fairly normal life
Background: Rob is a Chartered Electrical Engineer who was forced into retirement by his illness. He is married and has six children. Ethnic background/nationality: White British.

In 2008 Rob developed a problem with his knee. He thought he might have arthritis. Then he experienced severe pain all over his body, and particularly in his lower spinal area. He went to A and E, where he had a severe nose bleed and was admitted to hospital. Rob had urinary retention (and his bladder was overfull) so he had to be catheterised. He remained with a catheter and a urine bag all the time he was in hospital. Eventually Rob was diagnosed with cauda equina syndrome. The nerves at the base of his spinal cord were compressed due to an E Coli infection which had spread from his blood stream. Rob needed surgery to relieve pressure on the nerves in his back, but this was delayed because his platelet count was very low. He had surgery 10 days later, when puss was drained from his spinal area. The operation also established that the infection in the spine was the same as the infection in the blood stream.
Rob lay flat on his back for three months, having intravenous antibiotics to try to get rid of the E Coli infection. Then he started to sit up and get out of bed. Rob was transferred to rehabilitation, where he was taught to use a zimmer frame and then to get in and out of a wheelchair. He still finds it hard to balance. Rob stayed in rehabilitation for about two months. All this time he had a urethral catheter because he was incontinent. He was given a flip flow valve. This is changed every week. The use of a flip flow valve can help to maintain bladder tone and capacity.
After Rob went home the district nurse said that it would be a good idea if he tried to manage without a catheter, so it was removed. However, Rob found that he was still incontinent. When he had the urge to pass urine he had to get to a lavatory within a minute or two. The catheter had to be replaced the next day by the district nurse. Rob finds that the three quarter litre bag is the best one to have, especially because he takes diuretics. He positions the bag just over his knee, secured by straps. The catheter is changed every three months, and the bags are changed every week. Rob still takes antibiotics every day to keep cellulitis (a common skin infection caused by bacteria) under control. He is feeling much better and finds that his catheter allows him to lead a fairly normal life. He can go out, go to the theatre and travel.

Rob was in hospital for several months and was given a urethral catheter. When it was removed, he...

Rob was in hospital for several months and was given a urethral catheter. When it was removed, he...

View topic summary
HIDE TEXT
PRINT TRANSCRIPT
The doctors established very early on that I’d got a blood infection and the blood infection got into my spine and I had to have an operation. Unfortunately, because of my low platelet count, they couldn’t operate on me for a week or so while they were making sure I’d clot while the system built up. As I say, that period of about three months I just lay, I was on a, totally flat on my back. I had to be moved from time to time, otherwise I was flat. And obviously from that day, from that whole period, I was catheterised.
I then, after they then started to sit me up and put me into a wheelchair and I was transferred to rehabilitation. I was in rehab, I stayed there for about, approximately two months during which time they managed to teach me how to get in and out of bed, in and out of a wheelchair, on and off the loo and in and out of a car.
They also taught me to use crutches for just a few paces for around the ward. And I was then discharged and came home and came under the care of my local GP and the local district nurse.
The aim was that I would remove the catheter after a period of rehabilitation at home. This was trialled and proved to be totally unsuccessful….. Since then nobody has attempted the trial again. I think we’ve had to learn to accept that I don’t have the necessary safety control to be able to live a normal social existence without the help of a catheter.

Rob didn't want to experiment with other types of catheters because he'd learnt to live with a...

Rob didn't want to experiment with other types of catheters because he'd learnt to live with a...

View topic summary
HIDE TEXT
PRINT TRANSCRIPT
The urethral catheter obviously comes out of the penis; it’s put into the penis.
Yes.
The suprapubic one is inserted through the stomach wall; did they ever have that discussion with you?
I have had that discussion once with the rehab specialist and he did discuss it as a possibility. But at that time, this was quite early on, a couple of years ago in my post rehab era. I go back to rehab once every six months or once a year now just to have a check-up and a discussion of how I’m getting on and so forth. And he did discuss these alternative concepts but, in fact I mean I don’t see a reason to change…..
I don’t think anybody had ever suggested it since and I have, I mean I’ve learnt to live with what I’ve got. I’m a little lacking in enthusiasm for further experimentation.

Rob's valve and bag is changed every week. Sometimes the rubber tube is stiff and difficult to...

Rob's valve and bag is changed every week. Sometimes the rubber tube is stiff and difficult to...

View topic summary
HIDE TEXT
PRINT TRANSCRIPT
The flip flow, the bag, are all changed once a week. So they have a seven days span. Unfortunately, the little rubber tubes that connect them, some of them are stiff, the rubber is stiffer than other times and some of them are quite difficult to actually connect up. But the softer ones, when they get towards the end of a week, they can start to get loose. And in fact I have had one when, I mean because you’re moving around trying to do some things quickly or you’re stretching a bit further, suddenly go “oops” and you feel down and you realise that the pipe is no longer connected…..
…..And the other one is, you asked earlier about either rolling your trouser leg up, it has occurred and I don’t even know how because I can’t work out how, that the drain switch on the bag has got caught in either the top of your trousers and somehow the next thing you suddenly find is that you’re dripping, and you’ve got wet shoes.
That must be awful.
It has happened more than once unfortunately, very rarely, yes you get a nervous check having to do this every sort of, but it, and sometimes I mean it does happen and I can’t even work out how it’s happened.

Rob had to stop work because his leg weakness from cauda equina syndrome made travelling...

Rob had to stop work because his leg weakness from cauda equina syndrome made travelling...

View topic summary
SHOW TEXT VERSION
EMBED CODE
PRINT TRANSCRIPT
I suppose the impact of the whole illness has affected you financially because you might have gone on working might you?
Yes, I had no plans to retire. I was 66. I was retired twice by the civil service and things like that but I was working. I do consultancy work but unfortunately the consultancy work I used to do for the Ministry of Defence all involved travel and independent travel and staying away overnight, things like that. I mean the ability to get on a train, to get in a car and get in an aircraft and go somewhere, attend a meeting or even Chair a meeting, these are the things I used to do on a consultancy contract with the Ministry. None of that’s possible.
Is that because of the condition more than the catheter?
My legs.
Yes, yes.
I could have coped with the catheter but I can’t drive. I can’t walk long distances I need someone, a wheelchair. So all these things made that sort of thing; well it was getting more difficult.
Previous Page
Next Page