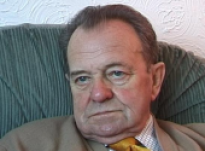 He first noticed something wasn’t right whilst on holiday in 1996, where he developed a chest infection that would not shift. As soon as he arrived back from his holiday he sought his GP’s advice. His GP confirmed that it was a chest infection and prescribed antibiotics. After 2 to 3 weeks of completing the course of antibiotics he noticed blood in his mucus and went back to his GP. He was referred for an x-ray which again confirmed that he was suffering from a chest infection and a slight blood clot, which was put down to straining from coughing. Over Christmas he continued to find a small amount of blood in his mucus and decided to go back to his GP, who then referred him to a consultant. His consultant recommended him for a standard chest x-ray, which came up clear. Another 2 to 3 weeks passed and he was still finding blood in his mucus and went back to his GP. His GP referred him back to a consultant for a further chest x-ray. The consultant still couldn’t see anything wrong with the scans but recommended a bronchoscopy as there was obviously a problem. When he came in for his results 10 days later, he knew immediately what the doctor was going to say as there was a Macmillan nurse present at the appointment. He felt frightened but his doctor reassured him that all was not lost and just because he had been diagnosed with cancer in his right lung did not mean it was the end of things. He was referred for further tests and a CT scan to see how they would proceed.
He eventually underwent a lobectomy to remove the tumour in his right lung, in which they removed both the lower and middle lobes as the cancer had spread. He found the operation extremely painful but felt fortunate that he did not experience any complications. After 17 days in hospital and undergoing physiotherapy he recovered and was able to go home. He could not drive and had to rest for a while but was soon able to carry out life as normal. He visited the consultant for two years following the surgery. A few months after being discharged he started to cough up blood again and went back to see his consultant. He underwent a similar process of tests which confirmed that the cancer had spread to the upper lobe and was inoperable. He was then recommended for radical radiotherapy, which involved daily therapy for a month. He found that he felt fatigued and would cough up black sediment which was due to small blood vessels attempting to grow but were breaking away because of damage from the radiotherapy. He experienced no other side effects. He now enjoys reasonably good health except for occasional breathlessness, which is managed with inhalers. Throughout the whole process he felt as though he could trust the doctors’ recommendations and did not feel that he had to seek extra information on lung cancer or the procedures he underwent as he felt that the doctors’ kept him fully informed.
He found the diagnosis difficult at first, and that the word ‘cancer’ would constantly be on his mind. However, he decided that he would be open with everyone about it and treat it as though he had a cold or the flu. He found that the more he talked about it, the more relieved he would feel, which meant he could lead a better form of life and stop worrying all the time. He believes that it is just an illness and doesn’t warrant death. He felt that the best approach was to focus on solutions and the things that were going to make him feel better. He was unable to join a support group as he had to look after his wife who suffers from dementia, but his family and friends were a great support whenever he needed it. He found enjoyment in volunteering at a local doctor’s surgery as an ‘acting patient’ so that medical students could practice examinations. He said that the whole experience has given him a new perspective on life and that he is grateful for every day. He believes it is important to be hopeful and positive, and to not give up.

Radiotherapy for lung cancer 6 years ago has damaged the blood vessels in his lung and he coughs...

Radiotherapy for lung cancer 6 years ago has damaged the blood vessels in his lung and he coughs...

I do find from time to time that I have, even though now that they've told me that I'm in a reasonable shape and things are clear as far as the cancer is concerned, I do occasionally cough up some black sediment from the lung. And I have spoken to the oncologist about this and what he has said was due to the radical radiotherapy there are very small blood vessels that attempt to regrow and what happens they don't regrow, they shrivel, and of course they break away and that's the little black pieces that come up. It's just like little bits of black but it isn't anything to worry about at the moment.

Having survived lung cancer for six years he wakes up each day and feels glad to be alive.

Having survived lung cancer for six years he wakes up each day and feels glad to be alive.

View topic summary
SHOW TEXT VERSION
PRINT TRANSCRIPT
What's been the sort of long-term effects of all this on you emotionally, apart from physically?
Well it's very difficult of course. It's very difficult to talk about that now the years are rolling by, but I suppose if it's done anything to me it's sort of made me wake up every day and think well, you know, thank God for another day. And I mean what's the good of complaining about if the weather is not right or this is not right? Just, you know, you're just glad to be here and that's it. It does give you a look at life that you didn't have before.
Previous Page
Next Page