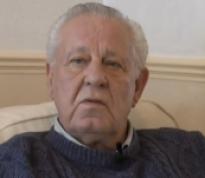 Age at interview: 70
Brief Outline: Robert developed hypertension in his late 40s. He was referred for a kidney scan, learned that his kidney function was mildly impaired and was put on medication to control his blood pressure. He feels mostly well now, keeps active and eats a healthy diet.
Background: Robert retired 6 years ago from his very busy job as a bakery shift engineer after developing macular degeneration in his left eye. He is married, has three adult children and lives with his wife in a bungalow in a retirement park.

Robert was working as a bakery shift engineer at a large industrial bakery in an often pressurised work environment when, in his late 40s, he developed severe high blood pressure. His GP prescribed medication and also referred him to the renal unit of the local hospital for a kidney scan. At the hospital, he was told that his kidneys had become “15 percent inefficient” but that there was no immediate cause for concern as long as he could get his blood pressure under control. He was briefly put on beta-blockers, which made him feel ‘like a zombie”, but eventually was prescribed amlodipine, which did not give him any unpleasant side effects. Amlodipine helped to stabilise his blood pressure and he has been taking it ever since. For the first few months after his kidney scan, Robert attended monthly check-ups for his kidney function at the hospital, but as he had to take off time from work to attend these appointments, he eventually asked to be monitored in primary care and be referred back to his GP instead.

About 6 years ago, shortly before his retirement, Robert developed wet macular degeneration in his left eye. Eventually, his vision became impaired to a degree where he would frequently injure himself at work when using tools, so he was signed off from work 8 months before reaching retirement age. More recently, he has taken part in a clinical trial of repeated injections into the eyeball to treat macular degeneration. He thinks that he has regained some of his sight thanks to the treatment. However, his right eye has now started to be affected, so he will still need to continue the treatment. He takes ibuprofen to cope with the pain following the injections. A few months ago, Robert developed gout in his foot, which was very painful initially. His doctor advised that he could use ibuprofen for this as well and he has found that it has helped to make the swelling go down and he has regained mobility.

Robert has a good and longstanding relationship with his GP and is confident that the GP will tell him all he needs to know about his kidneys. He attends annual reviews for his hypertension and as part of this also has blood tests and kidney tests to check his kidney function, but he is not overly concerned about finding out more details as long as the results are in an acceptable range. He owns a blood pressure monitor and uses it occasionally on days when he feels a bit “off”, to help him decide whether he needs to see a doctor. He thinks attending regular check-ups is helpful for providing reassurance, but overall he feels well for his age and does not want to take up healthcare resources which other people might need much more than him.

Robert lives together with his wife of 50 years at a retirement flat and keeps active with cycling, gardening and going for walks. He has a keen interest in local history. He has internet access at home and uses the web for general interest topics, but feels wary of using it – and no need to use it - as a source of health information. His wife ensures that he eats a healthy diet with lots of vegetables, though he does like the odd sprinkle of salt on his chips now and then.

Robert has a great deal of trust and respect for health professionals but thinks it is important for them to keep up to date with research so they know about latest developments and treatment options. He would also encourage other patients to take part in medical research to help advance scientific knowledge.

Robert had tests at the renal clinic every month for about five months before it was decided in discussion with the specialist that he could be monitored by his GP instead.

Robert had tests at the renal clinic every month for about five months before it was decided in discussion with the specialist that he could be monitored by his GP instead.

View topic summary
SHOW TEXT VERSION
EMBED CODE
PRINT TRANSCRIPT
I was first diagnosed with high blood pressure. This was investigated by the local health centre but at the time I think I was about forty five – something like that – and they asked me to go to the hospital, to the kidney unit and have my blood checked, which I did for, I think it was about four months. So I used to see the doctor and then have my blood taken and then I'd go away and then I'd come back in a month's time and do the same thing again virtually. I had to give a urine sample at the time and, that’s right, urine sample first, then saw the doctor and then they took the blood. I did this for about four or five months… and with discussions with the doctor, she said, "Well the thing is your kidneys are fifteen percent inefficient, but we only start worrying about it when you're down to about ten percent," so in other words my kidneys were working fine, they were eighty five percent efficient.

So… being public-spirited I said, "Well really this isn’t necessary?" and they said, "Well, you know, if you wish to discontinue and leave it in the hands of your GP," which is what I did. I mean I'm taking up valuable time for people who are in deep trouble and I don’t think that’s fair especially as I'm not that ill… or hopefully not that ill. My blood pressure eventually stabilised to, it's usually about a hundred forty eighty over a hundred and… a hundred and forty over eighty. And I attend a regular check-up once a year and so far, touch wood; I'm seventy years of age now and nothing of any consequence regarding my kidneys.

Robert was alarmed at first that his doctor wanted a scan of his kidneys but was later reassured. He found having the scan itself interesting.

Robert was alarmed at first that his doctor wanted a scan of his kidneys but was later reassured. He found having the scan itself interesting.

View topic summary
SHOW TEXT VERSION
EMBED CODE
PRINT TRANSCRIPT
Well obviously when a doctor says to you that …wants you to go and have a kidney scan, you think- think to yourself, 'Oh blimey what does he know that he's not telling me?' So I asked him that question and he said, "Don’t be silly," he said, "it's nothing but we want to be on the safe side and check you out." And that’s basically on that basis so when he said that I wasn’t that worried. Well you either trust your GP or you don’t and some people get hysterical about it but , you know, these people are basically there to help you; they're not there to try and trick you or anything.

Oh it's very interesting. You go to the hospital, then you go into this room. There's a lady with a machine. She asks you to expose your stomach – I thought she was going to kiss my tummy, but no. And then they put a gel on and it's… I suppose it's what they do with ladies who are having a baby, they, you know, that scan. And she pushed and prodded and, you know, all the rest of it and twiddled her knobs and dialled her dials and then she… the screen that she was looking at was slightly to one side and she was taking photographs at the same time, and what amazed me was the fact that a kidney looks exactly like a kidney dish. I suppose that’s why they call it a kidney dish but, you know, I thought there'd be some massive lump of machinery going away and… that was very interesting, to me anyway.

Mm so you were able to see the image as you were being scanned?

Yes, well not totally face on but it was… she was, you know, slightly to the side of me.

And she had one hand here and the screen like that and I could just see what was going in – very, very interesting I thought.
Previous Page
Next Page