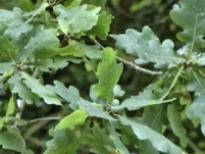 Age at interview: 60
Brief Outline: Donald has diabetes, high blood pressure, high cholesterol, an underactive thyroid gland, and a history of kidney stones. His conditions are monitored every three months with blood tests, which include checks of his kidney function.
Background: Donald is a retired police constable and now works as a customer service agent. He is single and lives alone. Ethnicity: White British.

Donald has diabetes, high blood pressure (hypertension), high cholesterol and an underactive thyroid gland. He has had kidney stones in the past, which were removed using keyhole surgery. He has blood tests every three months for routine monitoring of his blood sugar, cholesterol level and kidney function, and checks his own blood sugar levels once or twice a week. After each blood test Donald is told his blood sugar and cholesterol levels but no details of his kidney function. He has been told in the past that his kidney function is ‘borderline’ but he has never queried what this means. He is currently in the middle of a four week wait to see a GP to find out the results of his latest tests. He is happy with the frequency of testing but would prefer to get his results sooner and not to have to wait weeks to see a GP.

Donald has good days and bad days; he sometimes feels tired and lacks motivation or is thirsty at night but his health problems do not prevent him working. He sees a dietician periodically and has reduced his consumption of sugary and fatty foods and alcohol. Living alone he sometimes finds it difficult to stick to his diet because he has no one to pressure him to do it and he is often tempted to eat fast food or to go out to eat rather than staying home and cooking for himself. He tries to exercise for an hour on the days he doesn’t work, and to park his car some distance from his office on workdays so that he is forced to walk. Despite his dietary changes and exercise regime he has not lost weight and attributes this in part to snacking in order to prevent his blood sugar from dropping dangerously low and to his metabolism slowing with age. He is aware of a local support group for people with diabetes but he has not been tempted to attend.

Donald injects insulin twice a day for his diabetes and takes a variety of tablets for his other conditions; he wishes he could reduce the amount of medicines he takes. He recognises that his health problems have been caused by leading an unhealthy lifestyle and adopts a positive attitude to dealing with them. He believes that quality of life is more important than quantity; he hopes to enjoy his life for as long as he can but does not want to live to a great age if it means having to be looked after in a care home.

Donald has to wait a long time to get his test results in person at his next GP appointment because the practice won’t give them out over the phone. He would prefer to get them sooner.

Donald has to wait a long time to get his test results in person at his next GP appointment because the practice won’t give them out over the phone. He would prefer to get them sooner.

View topic summary
SHOW TEXT VERSION
PRINT TRANSCRIPT
So I think you said to me your most recent blood test was a couple of weeks ago and you're not getting the results until the 2nd of December.

That's a long wait isn't it?

It is yeah, yeah. I mean I can't even get a telephone appointment to give me the results, because some surgeries actually give you the results over the telephone, but this one doesn't seem to.

Yeah, they vary. Well I've been to different surgeries and some give the results over the phone within a few days, others you have to wait until…either a telephone appointment – which doesn't seem to happen – or you've got to wait to see a doctor face to face, which can be literally weeks ahead.

Mm. So what would you prefer to have then?

I'd like to know the results or I get access to the results over the phone ASAP, or go… just walk in there and sometimes there's someone there who can actually give you the result.

Which there was at my last surgery.

Right so you prefer to have the result more quickly?

So I mean you can see the value of having a face to face appointment for some reasons?

It's not good because that's… where are we now… that's two or three weeks.

Donald has diabetes and receives dietary advice from a dietitian but has not lost weight. He often eats out because he lives alone and finds it tempting to snack to keep his blood sugar level up.

Donald has diabetes and receives dietary advice from a dietitian but has not lost weight. He often eats out because he lives alone and finds it tempting to snack to keep his blood sugar level up.

View topic summary
SHOW TEXT VERSION
PRINT TRANSCRIPT
Those changes you've made to your diet and stuff, was that… have you done that off your own bat or was that suggested by your GP?

Well no it's been suggested by a dietitian, I've seen a dietitian from time to time – gives me a sheet of what I should drink, what I should eat and what I shouldn't eat, and I largely try and stick to, but ‘cause if you live on your own it's not, you haven't got anyone else sort of pressuring you, have you, so you tend to go for fast food anyway. It's easiest to go out and have something to eat rather than, you know, stay in. Well I like to get out in the evening, I'm not working, I like to get out the evening anyway rather than staying at home watching some stupid soap opera [laughs]. So , you know, so I think your lifestyle a little bit, when you're on your own you just tend to be a little bit different from someone who has a partner or married or have children for instance.

So when you first got to see a dietitian was that something the GP organised or…?

Yeah it was organised through the GP, yeah. I've been seeing a dietitian on and off for several years. In fact I saw one, first time I saw a dietitian was back in 1989, so that’s going back some time. So I've seen dietitians over that time, different ones.

And do you think you've benefitted from the changes…?

Well I think it helps, I mean I haven't generally lost a lot of weight but I think it helps in education – it gives you an idea of what to… you know, it gives you a good indication of what level of portion sizes and everything else, that's always very important when it comes to eating; it’s not just how much you eat, it's… well it's not so much how often you eat, it's portion sizes.

Because with diabetic… with being a diabetic you tend to possibly eat a bit more because the fact the high… the possibility of going hypo, there is a tendency to snack a bit more, you know, just boost up the sugar level, there is that tendency.

So, I'm sorry, did you say you had or you hadn't lost weight?

No I haven't lost weight no, no – if anything I've put it on. But, you know, it varies, sometimes it goes up then sometimes it goes down, you know, so it's round about the sort of… it's not the highest... At the moment I'm about two stone less than I… the highest I've been but several stone more than I used to be when I was about fifteen years younger, you know, so. But of course your metabolism slows down the older you get as well so. And there’s a lot of people I know I haven't seen for years, suddenly I felt, “Good lord”, I hardly recognise the person who’s put a little weight on around the face and that sort of thing, because obviously the older you get you slow down, don't you don't burn as many calories. Mm.

Donald wants to enjoy a good quality of life for as long as he can but doesn’t want to live beyond a certain age if it means being ‘stuck away in a nursing home like a vegetable’.

Donald wants to enjoy a good quality of life for as long as he can but doesn’t want to live beyond a certain age if it means being ‘stuck away in a nursing home like a vegetable’.

View topic summary
SHOW TEXT VERSION
PRINT TRANSCRIPT
No. Eighty will do me fine; I'm not planning to be on this planet much longer than that anyway. Twenty years to go so let's enjoy it. But I think quality of life is very important, you know, I think it's very important to have… are able to fulfil in your life the best you can do, and at the end of the day get off the stage, let's face it, you know, who wants to be stuck away in a sort of nursing home, you know, like a vegetable, like a cabbage? That's not what I want, certainly not. Just be able to get on with your life and enjoy as long as you can, that's the most important thing. If I get to three score and ten I'll be quite happy, you know, but once you get into your eighties you've had a damn good innings, really have, yeah.
Previous Page
Next Page