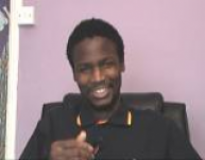 He needed support to sit in a chair and had crutches to help him walk.

He needed support to sit in a chair and had crutches to help him walk.

View topic summary
HIDE TEXT
PRINT TRANSCRIPT
You were then moved on to the general ward. How were you before then, because you were sedated for nine days. Were you quite weak when you came round?

Yeah, I was weak, yeah. Very weak. I had physiotherapy, a physiotherapist on ITU, and it was just basically to get out of bed. I had to sit down on a seat. I was so weak I needed support to do that. And, yeah, it was a case where I was really weak. When I went back down to the general ward, and I started to learn how to walk again, I needed crutches to learn to walk. I also had physiotherapy at the general ward as well and it was a slow recovery, but I made it in the end, so....

How were you transferred from ITU to the general ward?

So they took the bed there?

And you weren't walking by that stage?

No, I wasn't walking at all. Like I said, I was able to stand. I was able to sit down on a seat, but walking was done in the general ward. So it was like a case of going to the toilet and stuff - I needed to have like pans and stuff around the bed until I managed to get some strength to be able to walk.

And were you able to start eating normally again?

That was actually in ITU. It was in ITU. It was a case where - because I was, like, on a drip, water. When I ate solids it was going straight through me. So I was actually starting to eat in ITU, then I had bouts of diarrhoea. I was just losing what I'd been eating. But then that settled down within a few days.

Because of his pneumonia and chest pains, he was admitted to intensive care where doctors could...

Because of his pneumonia and chest pains, he was admitted to intensive care where doctors could...

View topic summary
HIDE TEXT
PRINT TRANSCRIPT
In the general ward, I was there for two or three days, and I was on antibiotics and painkillers. And then the chest problems came. It was a bout of pneumonia, so it was pneumonia that was building up in my chest, and they progressively gave me stronger antibiotics to try and relieve it, but it was getting worse.

How were they giving you the antibiotics and painkillers?

The antibiotics at first were given orally, and after a while that was through a vein.

So it was pneumonia that was causing real chest problems, when you had the pain in your chest at home?

Yeah it was starting.

So then they realised it was pneumonia, did they?

And it was at that point you went to ITU?

His family wondered how he'd got pneumonia and MRSA when he was in hospital, and was surprised to...

His family wondered how he'd got pneumonia and MRSA when he was in hospital, and was surprised to...

View topic summary
SHOW TEXT VERSION
PRINT TRANSCRIPT
They [family] felt that the doctors made a cock up of it, because they was thinking why did I go to ITU in the first place? And obviously with the MRSA problem as well, when they found out that I contracted a form of that as well, they were saying, okay why is my older brother - that is my brother talking and saying, "Why is my brother catching MRSA?" It's a fault from the hospital. So we were looking at the legal option, but it was decided by me, that that wasn't really the option for a number of reasons. Because prior to this incident the level, the standards of treatment that I received at the Hospital [hospital name] was of a good standard.

But one thing - I'll be honest with you, the one thing that really, like, not shocking to me, but I wouldn't have expected it - was while I was - I came from ITU and I was placed back in the general ward. And I just overheard a conversation between a doctor and a nurse, regarding me and it was like, the doctor was explaining to one of the nurses what he requires, what needs to be sorted out, and I was just shocked because he said, "Be careful with that one". So, now, if he's saying be careful with me, then what is he doing with the other patients? Does that make sense?

So that kind of thing I am shocked about and it is disturbing, but I don't know, I think I'll just let that one go.

His critical illness strengthened his faith and he now wants to share his experience and...

His critical illness strengthened his faith and he now wants to share his experience and...

View topic summary
SHOW TEXT VERSION
PRINT TRANSCRIPT
Has the whole experience, because sometimes people do say - has it changed the way you look at life, or...?

Immensely [laughs]. Immensely changed the way I look at life. Immensely. And since then, yeah, I've got to be focusing more on - because I've got to use that experience as a, like a testament, that there is a god. You know, the whole world thinks that there isn't a god, so I've got to use that as part of a testament. Because I said, you know, man can tell you one thing, and man can do one thing but at the end of the day the ultimate authority and ultimate power is in the hands of god, so now, the experience I had just confirms that yes, there is a god.

Yeah. Has it changed the way you live day to day in any way?

It's brought me closer to, like God - in what terms do you mean has it changed my lifestyle? Is it more spiritually or...

Spiritually as well, but some people have said they now value every day more, and if there were things that they wanted to do which they might put off, now they're more likely to do them?

Absolutely, absolutely. That is the case, yeah. You take every day obviously, obviously I enjoy - you're still alive so, you know. And it's like I'm alive now for a purpose. I'm alive now to teach people on many levels, to show them from this experience that you can come out of it.

He advises relatives to keep giving love and encouragement to their loved ones because it will...

He advises relatives to keep giving love and encouragement to their loved ones because it will...

View topic summary
SHOW TEXT VERSION
PRINT TRANSCRIPT
Yeah obviously now, the works that you're doing now keep, keep it going, keep them strong, keep them focused, keep them positive. It can be a very daunting experience. It can be very daunting. You come out of there asking a million and one questions. You're unsure why it's happened, so it's just basically keep on speaking words of encouragement. Support, lots of love, really get the message out - that you are still alive, and don't let the severity of the situation that they've been through, but it's the case where they've come out of it, so the worst is over. So from now on things are going to be getting progressively better, so it's just encouraging them that the worst is now over. Yeah, and they can make a rapid recovery. If it's the case where it's an ongoing illness, like the situation that I'm in with my sickle cell, then it's really a case of ongoing support, and ongoing love you know, and just keeping them, keeping their mind focused on positive things, and they'll be alright.