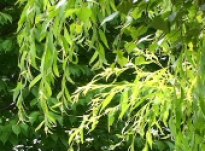 Age at interview: 41
Brief Outline: Tim is Carol's husband (08), and they have been trying to start a family together for 8 years.
Background: Tim is an engineer, married to Carol (08). Ethnic background' White British.

Tim is Carol’s husband (08) and they have been going through fertility treatment together for 8 years. When they stopped using contraception and nothing happened, investigations revealed that his wife would be unlikely to conceive naturally (she has polycystic ovarian syndrome and endometriosis) and that they would need treatment. They have tried IUI and five cycles of IVF, but none have been successful yet. While they were discussing continuing treatment with frozen eggs at the time of the interview, he was unclear how much further they would continue treatment before deciding to stop.

Tim said that one of the big problems for him and his wife is where to stop if it doesnt work....

Show in context
SHOW TEXT VERSION
PRINT TRANSCRIPT
Because I mean, one thing, that is the big problem, is where to stop if it doesn’t work. Now, we did say right at the beginning of it, “We have got enough money, we will do four goes and then that will be the big cut off.” Because we decided there has to be a cut off otherwise this could go on forever. Now obviously we have gone past that and we are talking about going further. So although it is a good idea to have a cutoff point, whether you can actually stick to it is another matter. Financially some people might say we have got xx amount of money in the bank, that gives us three treatments and then that is end of it. Cut off. And they will be able to do it. Unfortunately it is one of those things, it is like, if we have one more go, it might work this time, if we have one more go it might work this time. Unfortunately the effects aren’t cumulative but you don’t see it as that. You look at it as if we have invested xx thousands pounds already, it would be a shame for the sake of another two thousand pounds that we don’t get anything else out of it, but it is not like money pumping into a company to bail it out. It is a case of the more money you put in it is just gone at the end of it if there is nothing to show for it. So yes, very, I’m very surprised how long it has gone on for. Because again the first couple of times you do it, you think it is going to work, because you know, a one in four chance, there is some people, because you hear, at the start you hear about people who have done it and have eight or nine attempts before it works, and instead of putting you off that actually makes you think. Oh well that makes my chances better, but then you hear more about people who get it first time and then it is like obviously that pushes your chances out a bit. But every, all things being equal, it would be, I have got as much chance as anybody else. But unfortunately we don’t know why the human body doesn’t accept the embryos. But we do get, we get viable embryos which some people don’t, as we got on our second cycle we didn’t get anything else to put back. So on the one hand you might, what is worse having nothing to put back but not having that two weeks of hell or having something to put back and waiting two weeks to find out it has not worked. Or even worse if you find out yes I am pregnant and then miscarry in the seventeen eighteen or something. You know, what is actually the worst things that can happen.
And do you feel that you have been able to make choices and decisions or do you feel about the treatment, or do you still feel that you are more sucked into it and compelled to keep going?
Yes. I think we are compelled to keep going because its… We had throughout the first cycle we had frozen embryos and we were going to say right what we will do, that is the last fresh cycle we are going to do, we will now do frozen embryos and see what goes out. Then the consultant recommended well why don’t you take a fresh cycle straight to blastocyst and see how that goes. So of course we went for that one, so that didn’t work and now taken it to blastocyst we had nothing left to freeze but we have still got those five embryos. But now we have still got five embryos left, so you wouldn’t say well we will just throw them away because we are going to do one last cycle and that is it, so you are now committed to well we will use these up now. So that is another two cycles, you go down that route. And then it will be well why don’t we try something different? And its… it does seem like a never ending route. It is a good idea to have a cut off but whether you can stick to it, because we had a cut off and we have gone past it so… I suppose it is when the money runs out that is when it’s cut off comes in.

Tim found it distressing to watch his wifes egg collection.

Again it is in a way distressing, because although they are anaesthetised there is still a lot of murmuring and I think they do feel the pain when they are in there. But although they don’t remember it afterwards. It is more of a Rohypnol type thing that they get, rather than a complete anaesthetic. It is only in effect really a local. So it is quite distressing to see someone in the pain, but nothing you can do about it, because you know it is only going to carry on until they have got all the eggs out, or as many as they can, so… But other than that I mean its… well emotionally as well it is hard, because you know it comes round whether there is an egg in it or not, and you are sort of sitting there waiting because you want as many as possible, because that means you have got a better chance of as many as decent embryos, enough to freeze and so on and so forth.

Tim felt that it wouldnt bother him if he and his wife were not able to have children.

Show in context
SHOW TEXT VERSION
PRINT TRANSCRIPT
And do you think about moving on to a life without children. If it comes to that?
Yes, I don’t think it would bother me at all. Because again I am one of these people that if I haven’t got it now, then I don’t know what it’s like to have one, so therefore I am not that bothered. I mean, I have not got a big fancy four by four or something so I don’t particularly want one. I mean once I have driven a Jaguar or something and I think oh I like that, I will really want one, but at the moment I have never had a child, I have never had a baby, so therefore what I have never had I will never miss. But obviously my wife doesn’t see it that way, but again may be it is a coping mechanism I don’t know.
Did you always expect to be a father? Is that something that you had in your sort of life map?
I don’t think I ever looked at it to be honest. As I say the only time I actually considered parenthood is when you are going out in the early stages and you have a scare or when we first when we decided to have a go for a child, it was when it was first discovered you know, there might be difficulties. They are the only two times really that we have considered, or I have considered sorry, about being a father. I can’t visualise myself as a father. I never have. But it doesn’t bother me. Again whether it is down to coping mechanism I don’t know. But I just never see myself in the future sort of running around kicking a football with a little kid so…

Tim felt that he was the shoulder to cry on, but this was a difficult balancing act. He wanted to...

Show in context
SHOW TEXT VERSION
PRINT TRANSCRIPT
I think my wife has coped very well considering what they go through. Again as I say my participation, I am not getting the hormones. I am not getting the drugs, all I have got to put up with the moods or the illnesses, the support side of it, the tears, that is what I have got to deal with. And I think just being a shoulder to cry on a lot of times is, I mean I could probably be a lot more supportive, but I am not, again the way I am, which to be honest, I mean she wouldn’t want a blubbering wreck sat next to her if she was like sort of crying anyway, I don’t think, so probably I suppose there is a balancing act somewhere. You don’t want someone who is completely a cold fish and you don’t want someone who is like as emotional as you are under the hormone treatment.
But yes, I think we cope a lot better then a lot of people do. There are friends we have spoken to that have been through it all, colleagues that we have spoken to have been through the same sort of treatment and they are continually bickering and like can’t do more than one treatment a year, because you know, the emotional stress of it all and it is like, it is the end of the world, and to me they seem to go totally over the top. But I think we cope a hell of a lot better than that.
Previous Page
Next Page