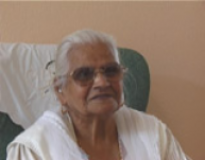 Her children arranged for her to consult an Indian doctor who gave her a diagnosis she understood...

Her children arranged for her to consult an Indian doctor who gave her a diagnosis she understood...

View topic summary
SHOW TEXT VERSION
PRINT TRANSCRIPT
(This interview was conducted in Punjabi and the transcript translated into English.)

After that I got even worse and my middle son-in-law said to my daughter, 'This isn't right. We need to have mum looked at in a private hospital. The other doctors don't seem to do anything.' So then they got me to see a private doctor, they took me there, it's a private hospital in [place name]. They took me there and there they examined me. They did an angiogram, they did an ECG, they did everything. They tested me for everything there, and they even took me to [place name] where I had another angiogram. From the angiogram they told us that one of my arteries/nerves/pipes was blocked. After doing the angiogram they also inserted one of those tubes inside me, those ones that help to keep the pipes clear. I was extremely weak and they said that they wouldn't be able to operate on my heart, that if they attempted a bypass it would be too risky to my life.

They didn't do a bypass?

No, they didn't do a bypass. No, they did an angiogram and an operation here and inserted a tube here, and you know those balloons, they inserted one of those balloons. And since then I've been a bit better, not loads because every now and then I still have one of those episodes but it's not so intense. Now in fact the doctor, the doctor who did the angiogram was actually based in [place name], and there's an Indian doctor there, he was the one who did it.