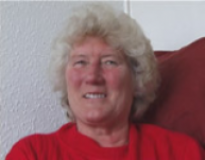 Tiredness makes her feel everything is an effort.

Tiredness makes her feel everything is an effort.

View topic summary
SHOW TEXT VERSION
EMBED CODE
PRINT TRANSCRIPT
It's not a 'tired' tired where you want to go to bed and sleep, it's a weary tired as if everything is an effort. It's a tired where you don't want to go to bed and sleep, you just want to... I don't know... it's like a weary tired, that's the only way I can describe it really. I can't say it's a 'go to sleep' tired. I don't really know, it's just an 'I must sit down' tired, 'I just can't take another step' tired.

And when you do sit down when you feel like that, how long does it take before you feel better again?

She explains how she copes with needing to go to the loo and taking diuretics.

She explains how she copes with needing to go to the loo and taking diuretics.

View topic summary
SHOW TEXT VERSION
EMBED CODE
PRINT TRANSCRIPT
I take my water tablet first thing on a morning with my others and within an hour of taking my water tablet I go to the toilet. Before I get dressed I go to the toilet; when I'm dressed I come downstairs and start doing something, I have to go to the toilet. On a morning it's the only time it affects me. On an afternoon, after about 1 o'clock, I might go 5 or 6 times between 7.30 or 8.00am and 1.00pm, maybe more, but after that I don't bother. And that's one thing about the water tablets, I must admit is, I don't have to get up, maybe once during the night but I think I've got rid of it all on a morning (laughing) so like there's nothing left.

She has almost no appetite left.

She has almost no appetite left.

View topic summary
SHOW TEXT VERSION
EMBED CODE
PRINT TRANSCRIPT
I can't, I can't make myself eat because I feel sick. I haven't had anything to eat at all today and I'll have a sandwich for my tea. Evening, a slice of toast maybe. But I can't, I'm not saying I can't, that's wrong. I might have a bacon sandwich occasionally but I can't eat meals, cooked meals, dinners, things like that. I have no appetite. I make, like my own pies and things like that, you know I don't buy pies, casseroles and stews, I make everything myself, but I just have no appetite. The smell of food, in fact, sometimes I could just run a mile. It's not, I don't think, I don't know what it is. I was talking to somebody at the hospital the other day, she said, well it was at the Warfarin clinic, and she said it was nothing to do with the Warfarin. I said 'I know because I was on that before'. So I don't know what it is.

Describes how the local GP practice has helped her cope with heart failure.

Describes how the local GP practice has helped her cope with heart failure.

View topic summary
SHOW TEXT VERSION
EMBED CODE
PRINT TRANSCRIPT
If everybody had the same doctors that I've had, and the information that I've had, and the way they've been with me, I think a lot of people wouldn't be as frightened as they are.  Because you can't... unless you've got the information there and you know what they're doing and the way they're doing it and how they're doing it which is what I've been given, I think they understand more and they've been very helpful with me.

Oh yes, you see, well faith I think, I've got faith in my doctors. I mean I would go to any one of my doctors and I can talk to them. They're not pushing you in and out, and the receptionists and everything, I mean you don't have to wait 6 days for an appointment you know. And if you go for a prescription 'That will be ready, can you come and pick it up tomorrow or the day after?' They're brilliant, all of them. There's not one of them there that I could say I disliked or, I just think they're brilliant. Don't you go tell my doctor that! [laughs]

Explains why she prefers to stay at home rather than take holidays abroad.

Explains why she prefers to stay at home rather than take holidays abroad.

View topic summary
SHOW TEXT VERSION
EMBED CODE
PRINT TRANSCRIPT
We'd been to Turkey twice a year for the last 6 or 7 years or, if not, holidays abroad.  But the moment I was diagnosed, a year gone Christmas, I just don't feel like going anywhere in case I'm poorly when I'm there or in case you need' I know some of the places abroad are excellent but it's just in your own home you can be poorly and you feel as it you're a bit better being at home. But I think if you're abroad and you're poorly, you feel worse to start with. Well that's my opinion, anyway.

Thinks that housework and ironing give her enough exercise.

Thinks that housework and ironing give her enough exercise.

View topic summary
SHOW TEXT VERSION
EMBED CODE
PRINT TRANSCRIPT
I'll be honest, I've never been an exercise person. I mean, you run up and down the stairs 6 times going to the toilet, I think I get enough exercise (laughs). But I do my own housework, windows. They say housework, hoovering and that, is supposed to keep the calories' I wash every day, my grandson lives with me, he's 18 this year, and he's a sportsman so he's got plenty of washing. Ironing, but I love ironing so it's, that's my exercise.

She doesn't want to give up her work for the local PTA though she resigned as chairperson.

She doesn't want to give up her work for the local PTA though she resigned as chairperson.

View topic summary
SHOW TEXT VERSION
EMBED CODE
PRINT TRANSCRIPT
I wasn't working, obviously, because I haven't been able to work for a while due to arthritis, not the heart failure. But I used to go to school a lot more than I do now, because I do voluntary work at the local primary school, and I used to go 2 or 3 times a week. But now I just go once a week because I like to keep fund-raising. I used to be Chairperson of the PTA but I stopped that 18 months ago, well, just when I found out I had heart failure because they had meetings and different things that I used to go to on an evening. And it's just energy; I just couldn't be bothered. I still bake because we have a tuck shop at school, and I go every Friday morning and sell the produce to make money for the school, it's like everything else, funded by us. (We've got quite a lot; we've got '7000-8000 in the bank which I think is a good thing. Not due to me entirely (laughing) some of the other people work as well). But the kids love the tuck shop and everything is home made and the little 4 or 5 year olds come with up with their purses and buy the goods, and they think it's brilliant. And I don't want to pack that in because it's sitting down selling the things. I know you have to bake them but I bake the easy things like chocolate crispy cakes and things like that (laughing) but I wouldn't like to stop going. And the girls that I work with know that I can't lift things and things like that so, I don't do anything.

She had got used to her heart failure and has accepted it.

She had got used to her heart failure and has accepted it.

View topic summary
SHOW TEXT VERSION
EMBED CODE
PRINT TRANSCRIPT
Nothing at the moment. Just hoping that... it won't go away, they've told me it will never, ever, I'll never get my beat properly back, but I think at the moment while I'm on these tablets and everything is going all right as far as I'm concerned. Just carry on. I 'm waiting to see the heart specialist again and see what he has to say, but to be honest, they're not messing about with me and I'm okay, I'm all right. I'm not saying I'm all right, that's wrong, I know I'm not all right, but at the moment things are just plodding along nicely and I've just got used to the idea that I can't do what I used to and that's it.

How long has it taken you to get used to that idea?

Oh it took me a good year, a good year, and I don't think my husband's got used to it yet. He still seems as if he's watching me all the time, as if, 'Are you all right? Be careful. Don't do this'. Obviously, as I said before, with a bad heart it's something that you just have to live with. It's not like, like, I had a new hip, the other one was rotten so I had a new hip, I mean, you're not going to get a new heart, and they're not going to bring my beat back but, there's a lot of people worse off than me, that's all I can say. So while I'm on, just plod along.

She tells people to look on the positive side and get on with life.

She tells people to look on the positive side and get on with life.

View topic summary
SHOW TEXT VERSION
EMBED CODE
PRINT TRANSCRIPT
Anybody, yes just look on the positive side. Just think about it, that there's always somebody worse off than you and just get on with your life even if it's at a slow pace. But just do the things that you did, but do them more slowly, and hopefully it will be... you know, everybody else will, just plod round and do like as if'You want to be felt the same, you don't want to be treated different, you don't want to be 'oh she's got a bad heart, don't do this, don't do that'. Just get on with life, that's it.