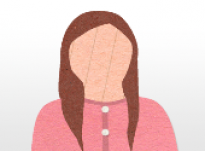 Brief Outline: Shannon is 12 and has been gaining weight since she was very small and has always been a bit bigger than her friends of the same age. She has lost a stone in weight after attending a weight management programme. Ethnic background: White British.
Background: See 'brief outline'.

Shannon is 12 and has been gaining weight since she was very small and has always been a bit bigger than her friends of the same age. Even though her mum kept asking health professionals if they thought there was something wrong, nobody told her their was a problems with Shannon’s weight until she was 5 years old, and then they blamed her. Shannon thinks part of the reason she continued to gain weight was because she was comfort eating after her mum and dad split up and when her nanna died.
Shannon says she has been bullied – called names and punched and kicked – by other kids at school. Her mum made a complaint at the school, but Shannon was embarrassed because the teachers told the bullies that she’d told on them, so now she prefers to try to sort it out herself (and if she can’t, she tells her teacher).
Shannon has been going to a weight management programme and has lost a stone in weight, taking her weight down to 19 stone. Shannon says she has lost weight by eating less and by doing lots of exercise, like walking her dogs, walking to school, trampolining, and dancing. Although she used to dislike PE, now she enjoys it. She uses a portion plate to help measure out her portions at mealtimes and eats much slower so she gets full sooner. She’s noticed that her clothes are getting too big for her and she needs to buy smaller sizes. Normally, she finds it difficult to buy clothes from the shops she likes because they don’t have her size. Since coming to the programme, she’s also noticed that she’s much more confident.
Although she wants to continue trying to lose weight and get fitter, Shannon doesn’t think it’s important to be “mega thin” like the people in magazines, but would like to be just “in-between” like her friends. She believes being either too overweight or too underweight can cause health problems. Shannon is worried about developing diabetes and has to have regular health tests to check whether she is at risk.
Shannon has enjoyed attending the weight programme so much, she has recently begun training as a buddy so that she provide support to other young people attending the programme.

View topic summary
SHOW TEXT VERSION
PRINT TRANSCRIPT
So then my weight piled on, so I put, I put like three stone on in like three years. Well, more than that. And then my mum said like we’d still got Kath’s number so we phoned her up and booked like an appointment. And she said I didn’t have to go again but she just wanted me go and check my weight and my problems and stuff like that. So we did and I decided to come back. So I did. I came back and like [coughs] I did I didn’t think I needed to come back but then I saw my weight, all my measurements and my weight and things like that I thought that if I don’t get it off then I’m going to, well I’m already on borderline diabetes. Nearly. So [coughs] my, so I decided like to come again so I can get some more weight, so I can get some weight off because I didn’t want to get diabetic because my auntie’s diabetic and my nanna used to be and things like that. So I know what they have to do. And so I like came and I like enjoyed it and I thought it was fun and I’ve lost some weight and stuff like that so I decided to do like a buddy training.

I do go to hospital now and then to do like I have blood tests and a diabetes, just to check that I’ve not got diabetes and kidney failure and stuff like that. And they just like talk to me about things I do at SHINE (Self Help, Independent, Nutrition and Exercise) and stuff like that.

And I mean a couple of times you’ve said, you know, you worried about health problems developing and stuff?
Yeah.
What kind of things are you worried about?
Well, like I went to hospital and had a blood test. And they said that I was, like you know like I was borderline diabetes. And was quite close to that. So like they said that if I don’t get a lot of weight off I’ll be diabetic.
Well, my auntie is diabetic and she takes tablets, but my nanna that died was diabetic and she had to have needles. And then one of my brother’s players that plays football is diabetic and he has to prick his finger. To like test his sugar levels or something and things like that.

Well, not high but not low. Just to keep them just right.
And so you don’t want?
Yeah.

Shannon talks about what she has been doing differently to try and get to a healthy weight.

Shannon talks about what she has been doing differently to try and get to a healthy weight.

View topic summary
SHOW TEXT VERSION
PRINT TRANSCRIPT
How do you feel about that when you’re, you know, SHINE’s volunteer’s told you that that’s how much overweight you are?
Well, it’s, it is like you don’t think you’re that overweight but then when you hear how much you are overweight it’s shocking.But like you think if you do this and you do and you do lots of exercise and things like that then you’re going to lose quite a bit of weight but it takes more than just exercise.

You don’t have, it’s like SHINE’s volunteer (Self Help, Independent, Nutrition and Exercise) said, we don’t diet which she doesn’t tell us what to eat, what not to eat and things like that. She just says you can eat anything but eat it like, like if you have bread not have three four slices, have two. And it’s better to have brown bread than white bread and things like that. So that’s like how I, that’s how I like try and get my weight off.

Then we’ve got a portion plate from SHINE that had our meat, we had our veg, we had our potatoes, our cheese and stuff like that on it. And it told you, like pictures for it like there’s a treasure chest for cheese. And then there’s a circle for like, you know like if you have spaghetti bolognaise that’s your bolognaise bit and spaghetti around the outside. Triangle for your meat and stuff like that. So that helped.

How come you were having so much do you think?
Because, I don’t know. I just I think I used I have actually slowed down eating my food. It used to take me like five minutes to eat a Sunday dinner. But now it takes me like twenty to half an hour sometimes. And then it makes me full more.

So if like, if I slow down eating my food then I’m more full so I don’t need as much.

Shannon loves cooking and is careful not to use too much fat in her dishes.

Shannon loves cooking and is careful not to use too much fat in her dishes.

View topic summary
SHOW TEXT VERSION
PRINT TRANSCRIPT
Who makes all your dinners. Is it your mum?
Well, I like cooking. So I’m like a big fan of cooking. So I’ll sometimes cook tea. I cook like spaghetti bolognaise and I sometimes actually make my own pizza.

Stuff like that, so I know how much I need of each and I don’t put as much fattening stuff on. But like I once cooked my Sunday dinner and do you know like roast potatoes? I didn’t do it in fat. I used this do you know that one calorie spray thing?I  used that and then like things like that that I do different. But then my mum if she’s doing a Sunday dinner she’ll do it in oil.

If your child thinks he/she has a weight problem, seek help and support. Talk to your GP.

If your child thinks he/she has a weight problem, seek help and support. Talk to your GP.

View topic summary
SHOW TEXT VERSION
PRINT TRANSCRIPT
Like if your child thinks they’ve got problems then like try and find somewhere for them to go or take them to a doctor so they can talk to him or like get him a counsellor to talk face to face with somebody.
Instead of because some kids are like shy to talk to their parents about it.
And like bullying at school they don’t like talking to parents or they don’t like talking to people at school or things like that. So like just try and get them somebody to talk to except the parents.
And things like that because if you, if your parent says, “Oh,  what’s going off at school?” And they go, “Oh, nothing.” But they come in with their head down.
And their shoulders like shrugged up, it like it does actually show that there’s something wrong.
Because that’s what me and my friend do. If there’s something gone off at school I come in and I’ll be like this.
Right so that’s something for them to look out for?
Yeah.
Previous Page
Next Page