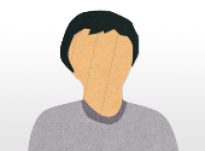 Brief Outline: Daniel, 14, is into acting and dancing and says he once lost a part because he didn't look right. Daniel has lost 2 stone and now speaks at conferences, helping health professionals to understand about what it's like to be overweight from a child's perspective. Ethnic background: Iranian English.
Background: See 'brief outline'.

Daniel, 14, is into acting and dancing. He says his confidence has really improved since going on a weight management programme and he now auditions for plays and is much happier with himself. He says he once lost a part because he didn’t look right.
Daniel said although he was slightly overweight when he was a child, everyone thought he would grow into his weight, but he didn’t. Daniel experienced some humiliating bullying at school, including having his trousers pulled down in class and photos taken of him getting changed for PE. He says this contributed to him feeling stressed and eating more. He says that once in science class, they had to be weighed and measured, and he felt really scared about being weighed in front of everyone.
Even though Daniel’s father is a chef and made healthy meals at home, Daniel says he was eating outside of the home and if he didn’t get the unhealthy foods he wanted, he would get angry and snappy. Although Daniel says he got a lot of support from his mum, at the end of the day it was down to him to do something about his weight.
When Daniel first started the weight management group, aged 11 and weighing 12 stone, his grandfather died, and he actually gained weight because he was so upset. A year later, he went on a residential trip, which really helped him, and since then, he’s been losing weight and has lost about 2 stone. Daniel says he would like to lose another half stone and then he’ll be happy with himself. Since he’s lost weight, people don’t make so many comments about his size, although some people have noticed he’s lost weight and complimented him – he says that’s been a real boost to his self-esteem.
Daniel says speaking to the counsellor on the programme has also been really helpful because it helped him get things off his chest. He says the counsellor was really helpful and reassuring and helped him think through the best thing for him to do.
Daniel says he’s really glad that he found the weight programme because he was worried about being a percentage in the obesity epidemic, but that losing weight must be your own choice and not forced on you. Daniel has passed on tips to some of his friends and he says this makes him feel really good about them helping them. Daniel has also spoken at conferences, helping health professionals to understand about what it’s like to be overweight from a child’s perspective.

Daniel remembers being told he would 'grow into his weight'.

Daniel remembers being told he would 'grow into his weight'.

View topic summary
HIDE TEXT
PRINT TRANSCRIPT
Well like looking back on old photos I can see I was slightly overweight, but I think everyone was just like, ‘Oh it’s only when he’s younger, he’ll like grow into his weight and things.’ And then I obviously didn’t and then with all the things from school it was like a vicious circle where the more they said the more I ate.
I think on my first assessment I was around 12 stone. And then after my first assessment my Granddad passed away, so that sort of made me put on more weight. So when I first actually started SHINE (Self Help Independence, Nutrition and Exercise) I wasn’t really improving much because I’d had a lot of heartache because they only live across the road, my grandparents, so I saw them every day.

When Daniel was bullied at school he turned to food for comfort.

When Daniel was bullied at school he turned to food for comfort.

View topic summary
HIDE TEXT
PRINT TRANSCRIPT
Well there was one incident in Year 7. It was in my maths class and it was the last lesson of the day. And I had and someone like pulled my trousers down and it was really humiliating for me especially because I didn’t’t have anyone there at. I mean like it was near the end of the day so no one was around really. And then I’ve also had like things thrown at me saying, ‘Eat this’, like rocks and things. And it’s just really like mortifying when everyone looks around and laughs at you and no one actually tries to help you. And then in the school when I told my head of year, the best thing she could offer me was that he was excluded for a few days. And then as soon as he came back the same thing just happened over and over again it was just like a cycle. And it was just really annoying that they were getting away with like making my life a misery.
And how did it used to make you feel then when they’d say those things?
Well it felt like I didn’t’t really have anyone to turn to and so I turned to food as my like comfort. And that’s how I became overweight really. I mean I’ve always been a bit like overweight but this made me like more stressed out and more angry with everyone. So food was like my only option to make me feel like happy.

View topic summary
HIDE TEXT
PRINT TRANSCRIPT
Well, as my mum works in a special needs school well Kath Sharman went in and she did like an assembly on SHINE (Self Help Independence, Nutrition and Exercise). So mum thought because she was a bit... worried with my weight and so she thought how this would be an opportunity for him to become healthier. And so she rang up and said, ‘My son would like him to start on the new, SHINE project. And then that’s how I really started with SHINE. And then ever since I’ve just really enjoyed it. And I’ve lost weight and confidence has been built up. I am in shows. I do a lot of acting and dancing and things like that.
Well when I was young I never really went to the doctor but I had a few  dietitian appointments and they never really seemed to help. Like all they had were a few like healthy eating sheets and when you get home you’re not really bothered about that sort of thing. You want something really motivating and at SHINE like they have sports and swimming on Wednesdays so it’s just really helpful and everyone else is there in the same situation as you. So it really helps when you see everyone around you trying hard. You think, well I want to try hard as well so we can all be the same.
Previous Page
Next Page