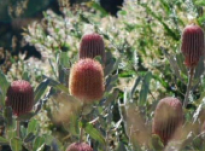 Age at interview: 52
Age at diagnosis: 37
Brief Outline: Phil's wife suffered from bipolar disorder during their marriage. He thinks that the difficulties of supporting his wife and her illness contributed to his depression. Phil worked with a support group and received counselling during his divorce. He took antidepressant medication during the divorce but since he got better he has used exercise and the support group to maintain his well-being.
Background: Phil is divorced, lives alone, and works as a cleaner. He has three adult children and one grandchild. Ethnic background' Italian.

Phil married when he was 27 and his wife 21. He said his wife experienced post-natal psychosis after the birth of their first child, which was a traumatic experience for the couple. When his third child was born his wife was diagnosed with bipolar disorder, the diagnosis of which Phil says came as a ‘relief after years of dealing with her behaviour’. Life at home was chaotic and disorganised. Because of the stress of supporting a partner with bipolar disorder and the impact of this on his marriage he views his depression as environmental and caused by his family situation.
Needing help, Phil joined a mental health peer support organisation. The group offered practical solutions for coping with his wife’s illness and implementing these made his relationship and home life easier. Due to his wife’s extra-marital affairs, they separated when their oldest child was eight. After separation he shifted his energy and focus to his work and his children. While usually content with his own company, he found he was increasingly isolated. Phil saw his children on weekends and when he realised his wife wasn’t coping alone, he decided to return home until his children were adults. At that time he visited his doctor who diagnosed depression and prescribed antidepressant medication.
Five years into this second phase of his marriage, Phil became a house husband while his wife pursued her career. Phil describes himself as ‘fairly domesticated’ so enjoyed his time at home and treated his house husband role as a job. However, his marriage remained fraught and eventually when their youngest child was 17 he and his wife divorced. This was the most difficult period of his life emotionally. During the divorce he saw a counsellor who used guided hypnotherapy to support his ability to cope, which he thought beneficial. After the divorce, Phil decided to stop taking antidepressants, and did so immediately and took up running. Phil has been involved in his mental health peer support group for 15 years. The group provides him with a social network akin to family and offers leadership opportunities for members. He likes its practical approach and the accountability that the group provides, and finds the language they use for discussing mental health and illness useful. Phil’s involvement with the group has boosted his self-esteem and allowed him to both learn from others’ experiences and to help others. His strong belief in God has been instrumental in helping Phil to live through difficult times. He is currently enjoying life and thinks he is in the best mental health of his life. He loves his current job as a cleaner and is saving to buy a house. Recovery means being functional in everyday life, contributing to society, and having choice in his daily life. He remains actively involved in his peer support group, and enjoys exercise, seeing his family, and playing guitar.

Following his doctors advice, Phil originally took antidepressants to help him through serious...

Following his doctors advice, Phil originally took antidepressants to help him through serious...

View topic summary
SHOW TEXT VERSION
PRINT TRANSCRIPT
So he put he me on, Zoloft (sertraline).
And, yeah that was, sort of you know and sort of, take half of one every day and, sort of, here I go planet Zoloft, you know sort of, it did space me out.
But it helped me get through, and yeah, you know sort of saw me - saw me through til - til the end of the relationship.
Okay, I was on Zoloft (sertraline) I think for the - through two or three years. And then the problem with me being spaced out came up and then so I went onto another medication, XL - XR - XL…
Effexor (venlafaxine) - Effexor?
Yeah, I think that's it.
And I was on that for another year or so, and then, you know, I'd, I’d put on a lot of weight, and you know, I - I just felt like it was time for me to, you know - the - the marriage had - sort of had split up and stuff and if I wanted to, you know sort of, get off it so, so I did.
How did you do that?
I just pretty much just, cold turkey really.

Phil described his experience with hypnotherapy.

Phil described his experience with hypnotherapy.

Phil talked about his need to carefully select whom to tell about his depression.

Phil talked about his need to carefully select whom to tell about his depression.

View topic summary
HIDE TEXT
PRINT TRANSCRIPT
And in (organisation name) they're not really called - we don't really classify them as, you know, as mental illnesses. We - we may call then, maladjustments or inadequacies.
You know, so, it just takes that, sort of that label and that tag off it, you know?
Have you ever experienced any, sort of stigma or discrimination from people because of your depression?
No, you've got to be careful with it, you know, you sort of - there's a lot of people that don't understand, so I wouldn't be flashing it around in front of a potential employer.
It would be - it wouldn't be - work in your best interest [laughs].
But yeah even friends and stuff like that, you know, they don't really need to know some of them - a lot of people don't understand, you know.
And then, you know sort of, when things start, you know, getting a bit, sort of - with friends maybe things start getting a bit, not so friendly that it could be used against you, you know.
So, it's nice to be honest and it's nice to be, you know sort of, yeah, but also, you know, you need to, sort of, look after yourself first.
And so, you know, for me I, sort of, am very, you know sort of, careful as to who I, sort of, give out that information to. You know, you do it, sort of, if I think it's going to be helpful in a situation or, you know if it's family.
Previous Page
Next Page