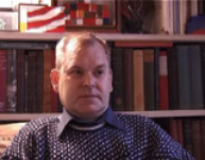 Age at interview: 43
Age at diagnosis: 9
Brief Outline: Diagnosed with epilepsy in 1968. Had neurosurgery in 1999 and has been seizure free since then, though still experiences auras. Current medication' sodium valproate (Epilim) and phenytoin (Epanutin).
Background: NHS Clerical officer; single, no children.

Discusses having fewer seizures in the summer than in the winter, and that worry often triggers...

Discusses having fewer seizures in the summer than in the winter, and that worry often triggers...

View topic summary
SHOW TEXT VERSION
EMBED CODE
PRINT TRANSCRIPT
Yes actually during the summer months I seemed to be better off.  It was when the autumn months begun, autumn and winter, they [the seizures] seemed to increase in number, I don't know why. It would have been summer when the weather was brighter and warmer maybe my, it improved  how I felt more. I enjoyed it more and not feeling so down with the weather and the atmosphere.

Yeah. Did you notice that you had more seizures when you were stressed out or worried about something as well, or any other triggers?

I would say it was more likely, I remember my doctor saying to me 'don't get worried or excited'. But I was, out of those two, it was much more likely if I was worrying about something that it would help to bring on a seizure, because I would more likely be keeping it to myself - the worry - just thinking about it constantly, not concentrating on what I should be doing. And that worry would help to bring on the seizure whereas excitement, more likely joining in with other things going on, joining in with other people and things like that, it took my mind off on another subject and that would keep the seizures away I noticed.  And that was one thing I found quite interesting.

Explains why he wanted to have surgery and did not feel nervous before the operation.

Explains why he wanted to have surgery and did not feel nervous before the operation.

View topic summary
SHOW TEXT VERSION
EMBED CODE
PRINT TRANSCRIPT
What was bothering me most was, or the only thing that was bothering me really, was with it being my left temporal lobe. Fortunately I happen to be left handed, and I could have during the operation had a stroke, possibly, and lost my ability to use my right hand and my right foot. Or lost the sense of feeling down the right side of my body.

And also I think there was something about the possibility of losing the ability to speak or my eyesight I think came into it, if it was that area of the brain or something, which I was worried about of course, what I was mostly worried about at the time.  But I was so sick and tired of the seizures, after forty years of them I just wanted to get that out of me, for epilepsy come to an end in my life. So I was ready to accept anything and to go ahead with the operation which, all I can say today is, I'm very pleased I did.

Yeah, did you feel quite at ease in the hospital, were you able to talk to the nurses or you know it was all happening so quickly that you didn't really need to?

Good.  So you weren't too nervous or anything, anxious?

I wasn't nervous at all, no.

Recalls how he felt after the operation.

Recalls how he felt after the operation.

View topic summary
SHOW TEXT VERSION
EMBED CODE
PRINT TRANSCRIPT
I certainly do remember yes, as soon as I regained consciousness, just as they were pushing me out of the theatre, I recognised straight away where I was and my head bandaged up. And I could see, I could still feel down the right side of my body. I was testing myself from top to bottom and nothing was, nothing, no damage at all. And uh, and the nurse, the theatre nurse had told me beforehand that she was going to carry out a test asking me, placing her hands on certain parts of my body and did I feel any pain here, here, and just say 0 to 5; 0 no pain at all, 5 a lot of pain. And there was no pain at all in any part of my body so it was, to me the operation had been a great success, it couldn't have been better.

That's excellent. You remember this quite clearly by the sounds of things?

So you felt no pain anywhere, you tested parts of your body and everything seemed fine. How was your head feeling?

Quite comfortable with the bandage wrapped round it, yeah.

When did they actually take the bandage off?

About, I had to stay in the hospital for a week as I lived some distance away from where, from where I was. It wasn't until the end of the week when the bandage was taken off and the stitches were taken out.

Yeah, and you felt fine?

I was fine yeah, I couldn't have felt better really.

Describes the effects of surgery on his life although he still has auras.

Describes the effects of surgery on his life although he still has auras.

View topic summary
SHOW TEXT VERSION
EMBED CODE
PRINT TRANSCRIPT
My best way of describing it was I'd been born again. I was starting a new life and um, and that's just how I felt really. And the operation had been a great success, I had handed my life over to the surgeons and the team, and they had made a great success of it.

So that was the first week, you then went back home, how were things from then onwards?

As time went by it was just the auras, I had been told that with suffering from epilepsy for the first forty years of my life it would take a long time for the auras to wear off. But as for the blank seizures I didn't experience one, I still haven't until today

So you experienced no seizures but you still have the, the odd aura every now and then?

Is it the same as before, the same kind of sensations, smells and tastes or, or slightly different?

Yeah.  How long does the feeling of the aura last?

I would say ten or fifteen seconds.

Yeah, but you mentioned when we were coming here that now you just try to enjoy that don't you?

Describes how the fear of having seizures made him withdrawn.

Describes how the fear of having seizures made him withdrawn.

View topic summary
HIDE TEXT
PRINT TRANSCRIPT
I was told by another doctor that they [anti-epileptic drugs] were all tranquilisers. So they were making me very drowsy during my working hours especially. In the evening of course they helped me sleep but during my working hours it was terrible. I was studying and concentrating on my job. And I just wasn't interested in getting involved really with other things in the outside world. This is what kept me away from it, epilepsy, and if there was anything I wanted to do after finishing work it would have been just getting home quickly and shutting myself in the house and just cut myself off from the outside world where I could just sit and relax. And  there I would be happy. But I was always in fear of a seizure coming on, a blank seizure. I just didn't want to mix in with anything that was going on.