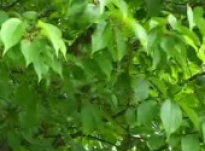 Age at interview: 18
Age at diagnosis: 14
Brief Outline: Hannah Z was diagnosed with anorexia nervosa at 14. She got help from counselling and when she relapsed she knew how to help herself. An important part of her recovery has been campaigning and raising awareness of eating disorders.
Background: Hannah Z is 18 and a first-year university student. She is single and lives in a shared house. White British.

Hannah Z says her eating disorder started around the age of 14, as a way of controlling things going on in her life. Her parents were going through a divorce and both her granddads died within a week from each other. Hannah Z says she learnt to bottle up her feelings and it all came out in a form of an eating disorder.
Hannah Z’s Mum was getting worried and took her to see the GP. The GP suggested she might have an eating disorder but Hannah Z felt defensive and didn’t want people to find out. The GP’s visit caused a lot of arguments at home which made Hannah Z feel guilty about everything that was going wrong around her. During a school trip to Italy things got much worse and afterwards Hannah Z’s teacher contacted her mother who took her back to the GP. Hannah Z was then diagnosed with anorexia nervosa and referred to a counselling service.
Hannah Z saw different therapists over a course of six months, including individual and family therapy. After this time, she felt ready to leave – she wanted more independence and to get her parents’ trust back. Back at home, she wanted to get back to normal and rather than follow a regular meal plan, she adopted a less rigid approach.
Things were fine for about a year, until Hannah Z moved up to Sixth Form. She found the transition difficult and she relapsed. This time she didn’t want to tell her parents but confided in her friend instead. From past experience, Hannah Z knew what was going on and went to see the GP with her friend. She was referred to a specialist clinic but decided to try and get better on her own, with her friend’s support. Hannah Z says she made a conscious decision to get better as she felt she was wasting her life away.
One of the most helpful things for Hannah Z through recovery has been awareness raising and campaigning for eating disorders as it has helped her take control in a positive way. She is an ambassador for Beat (Beating Eating Disorders) and Body Gossip and with a friend has set up their own campaign ‘Hungry For Change’. Hannah Z has just moved away from home to start University and she says she’s coped with such a big change in her life much better this time.

Hannah Z felt upset when her GP diagnosed her although she says “deep down” she always knew there...

Hannah Z felt upset when her GP diagnosed her although she says “deep down” she always knew there...

View topic summary
SHOW TEXT VERSION
EMBED CODE
PRINT TRANSCRIPT
I was really scared, like I didn’t want to get on the scales. I didn’t want to do anything like that. When he referred me I was sort of like, “Oh my gosh like, it’s now all gonna stop.” And I kind of thought, like I kind of thought, part of my mind was, ‘I kind of want this help’ and the other half was just like, ‘No you have to kind of carry on, you can’t let them get involved in stuff like that.’ Yeah.
So at some level, you were aware of that?
Yeah
I think I always was like deep down, like it’s kind of strange because sometimes it was like half my mind that was, didn’t want help and then sometimes it was a quarter of my mind that didn’t want help, it was just a really, like, it changed all the time.
Was there anywhere at that point that you did go for help or, you know, any sort of, I don’t know, peer support or anything like, was there anywhere at that point that you kind of found any?
No [laugh].
So it was just on your own?
Yeah
Mm, like you said you wanted it to be your own thing?
Yeah
So did this doctor then, this GP, did he diagnose you already or was it just after the referral?
It was before the referral, he’d been…
So it was him?
Yeah, he diagnosed me. But I think he kind of diagnosed me on the basis of my weight instead of like my mindset, kind of thing. So yeah and, so then he referred me on the basis of that and then it was an eating disorder obviously but yeah.
And how did you feel about the diagnosis when you heard it at first from him?
Well, he gave me all them leaflets and he was like just, he was kind of like, “take it all in and everything,” and I was just like, “No,” I’m not gonna take it all in like you’re diagnosing me with like something so serious and I just thought, nah, it’s not, it’s not true at all. And like, I wanted, I kept on saying that and deep down I obviously knew that it probably was that but I just wanted to put up this kind of wall and just say no, it wasn’t that.

Becoming a Beat Ambassador helped Hannah Z in her own recovery because she felt understood for...

Becoming a Beat Ambassador helped Hannah Z in her own recovery because she felt understood for...

View topic summary
SHOW TEXT VERSION
EMBED CODE
PRINT TRANSCRIPT
I was nearing the end of Sixth Form, I kind of like took the decision to like really recover like I’d never kind of like, I wanted to kind of like, have a new start with University and stuff and I just thought, I really want to get like involved in campaigns, I want to like raise awareness and everything. So then I like became a Beat ambassador and that really benefited my recovery cos that, for the first time, I kind of felt like other people understood. Like we were all sat in a room kind of thing and everyone else like had a same experience, not the same experience as me, but they understood what I’d gone through and stuff like that. And I made really good friendships in that, so we always talked to each other, we keep each other going and we know when people are struggling so we kind of like help them through it, that’s really helpful.
Do you find it easy to be sort of honest and upfront with them about what’s going on?
Sometimes I do, but then I feel a lot of responsibility and I don’t want to trigger them in anyway cos, you know, with saying too much information, you can sometimes be triggering so I feel like there’s certain things that I should just keep quiet about but, but like with the whole mind-set aspect of things, I feel I can probably say anything.

Hannah Z managed to overcome the eating disorder but was still feeling isolated and depressed....

Hannah Z managed to overcome the eating disorder but was still feeling isolated and depressed....

View topic summary
SHOW TEXT VERSION
EMBED CODE
PRINT TRANSCRIPT
I felt just really isolated from everyone, like everyone just wanted me to get help and I didn’t and I just felt like no-one understood me at all. And yeah, I got depressed and stuff like that and at fourteen, that was really hard but they didn’t even pick that up until I was about sixteen so yeah.
And do you think you were already depressed maybe at that time but they just didn’t notice?
Hmm
Were you given any help with that later on?
Yeah, I was put on medication for that when I was around sixteen. and you know, I definitely think there’s a link between the eating disorder and the depression yeah and I think they thought that, you know, I would feel better in myself, like when my eating disorder was kind of gone, but, you know, I wasn’t and yeah and then it was just one doctor who like picked it up and was just like, “You need to be on this medication,” and I think that makes all the difference when like one doctor who’s really good understands, yeah.
What do you think the link for you is between depression and eating disorder?
I have no idea. I don’t know, I just… I don’t know. I don’t know whether like the depression would have been caused by the eating disorder or the eating disorder would be caused by the depression, it’s kind of hard to think that way.

Hannah Z set up a campaign ‘Hungry for Change’ with her friend. Their aim is to dispel myths and...

Hannah Z set up a campaign ‘Hungry for Change’ with her friend. Their aim is to dispel myths and...

View topic summary
SHOW TEXT VERSION
EMBED CODE
PRINT TRANSCRIPT
I’ve set up my own campaign called Hungry for Change with my friend and she suffered from anorexia and bulimia so we wanna kind of dispel the myths that surround eating disorders and like concentrate on the fact that they’re mental illnesses and not so much on the physical side of things.
So tell me more about the Hungry for Change campaign. What is it about?
It’s about raising awareness of like all eating disorders and like the less known ones and to also take, to dispel the myths surrounding them and changing people’s opinion of eating disorders because it’s kind of like a taboo subject a lot of the time so we kind of wanted to, we kind of wanted to take control in a positive way and that kind of happened through our campaign.
And what sort of activities do you do?
Well, we’ve set up this Facebook group and we’ve got a website and we get a lot of the people involved in the Facebook group with the campaign. And you know we ask for their opinions of stuff like what we should do next and we’re setting up like fundraisers and stuff like that to raise money to go towards B-eat yeah so we’re very pro-active in that respect.
Previous Page
Next Page