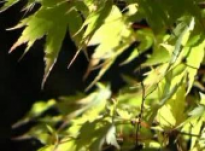 Age at interview: 20
Age at diagnosis: 15
Brief Outline: Elene's earliest memories of making herself sick are from the age 8 and she was diagnosed with bulimia nervosa at 15. Through working her negative thinking in counselling and the responsibility of a university course, Elene turned things around for herself.
Background: Elene is a final year university student. She is single and lives in shared student accommodation. White British.

The earliest memories Elene has of making herself sick are from when she was 8. All her childhood, Elene’s mum was “preoccupied” with her and her siblings’ weight, weighing Elene and putting her on diets. Elene became “terrified” of eating and started making herself sick many times a day. She didn’t feel cared for by her parents, and felt that she was always being compared to her older sister.
Elene remembers always being unhappy and blaming everything that went wrong on being “fat and ugly”. She developed early and had her period at a young age which she also found difficult to deal with it. When she started boarding school at 13, her problems soon became apparent to the staff. Elene describes her life at the boarding school as boring and controlled with very little to do but worry about eating and go to the gym. At 15, she was diagnosed with bulimia. Elene describes things really getting out of control when she “got into trouble with boys, sex and drugs”, also at a young age. Elene says she was “completely reckless” and didn’t care about the consequences of her actions. Having felt rejected for so long, she says taking drugs made her feel “part of a crowd”.
Things started changing for Elene when she got accepted to a top university. For the first time, she describes having “something to lose”. Having more responsibilities and heavy work load meant that she had to stay on top of things. She is a very talented classical singer and performing on stage has been the one thing which has boosted her confidence and made her feel great about herself. She currently sees a University counsellor occasionally to work through her negative thoughts and body issues. Elene says she would never go on a diet again “after having been hungry for so long”.

Elene felt like “a phoney” when she was diagnosed with bulimia nervosa. She felt guilty for her...

Elene felt like “a phoney” when she was diagnosed with bulimia nervosa. She felt guilty for her...

When Elene was “entrenched” in her eating disorder, her therapist couldn’t change her belief that...

When Elene was “entrenched” in her eating disorder, her therapist couldn’t change her belief that...

View topic summary
SHOW TEXT VERSION
EMBED CODE
PRINT TRANSCRIPT
I was first seeing him around maybe April, I can remember having a conversation with him in July, where he was like, “This isn’t going to work.” Because I was convinced that like breakfast, if you had breakfast you would be fat and he was like trying to convince me otherwise.
I’m not sure like how effective I think the whole cognitive behaviour therapy thing is because like I said, like I think it’s it makes you, when you’re really, really entrenched in like screwed up thinking and, like with the whole breakfast example like I just didn’t think that no matter what he said to me I was like, “No, no. Like breakfast I will get fat. Like these people have no idea.” These really scathing thoughts like running through my mind. “What does he know?” Like “What is that shirt he’s wearing?” [Laughs].

Elene had cuts on her knuckles from purging. It also gave her sore throat and caused damage to...

Elene had cuts on her knuckles from purging. It also gave her sore throat and caused damage to...

View topic summary
SHOW TEXT VERSION
EMBED CODE
PRINT TRANSCRIPT
I had like cuts all over my knuckles and stuff, which I don’t, well, I had like a slight scar on one but like apart from that, they’re fine, my hands, but at that point, like they were all cut up the whole time. So...
Why was that?
Like from my teeth, like rubbing my knuckles on my teeth. Like they were literally my hands were like covered in cuts the whole time. It was disgusting. So yeah.
Did you have any other sort of physical symptoms? I mean you’ve talked about being tired and cold and low energy.
It was this sore throat. Like a husky voice. I’m trying to think what else? I was tired and cold was the whole thing. I couldn’t concentrate and I couldn’t sleep and like just generally feeling really weak and stuff and not with it.
What about your teeth?
Oh my God, yeah. I forgot I completely forgot about my teeth, like my teeth look fine but like obviously, my parents are dentists and like I just have terrible like problems with my teeth in as I first had root fillings when I was, how old would I have been? Twelve, I had root fillings from like, obviously, like having worn down my teeth and I still have so many, like my teeth are really screwed up. So yeah, but my teeth always looked really white. That was the thing so you couldn’t really tell. Yeah, so I guess my teeth were also really bad as well.
But again, I don’t really understand, again I don’t think they were so terrible like it was really obvious that I had an eating disorder. So but I always get loads of holes and my brother and sister never did and, in fact, I’ve had so many root fillings now like all my molars are so, yeah.

Getting a place in a top university was a big motivator for Elene to get better. For the first...

Getting a place in a top university was a big motivator for Elene to get better. For the first...

View topic summary
SHOW TEXT VERSION
EMBED CODE
PRINT TRANSCRIPT
But yeah, I guess when I found out I got into [university] and I really suddenly felt like, “Oh, my God. I finally have something to lose and that all that was worth something on paper.” And yeah, so I guess that kind of changed things and it just I guess what my parents like thought about me didn’t really matter much anymore.
Like I live in the middle of nowhere in the holidays and like I was always trapped there like with no money and to get away and I couldn’t drive and no one would drive me anywhere and trains every three hours, or two or three hours. It’s better now. And I guess I felt that meant like, “Oh, in the future, like I will be dependent, independent, like I’ll be able to do what I want.” So yeah and then what’s, yeah, I guess like so my like the whole kind of behaviour, like eating disorder behaviour really liked died down. I was about eighteen.
Previous Page
Next Page