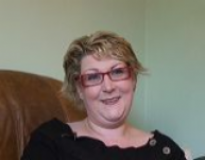 Age at interview: 32
Age at diagnosis: 20
Brief Outline: Zoe was diagnosed 12 years ago. She also has polycystic ovary syndrome. She takes insulin.
Background: Zoe is a hairdresser who lives with her partner and has no children. Ethnic background/Nationality: White British.

Zoe found out that she had type 2 diabetes when she was only 20 years old. She has had weight problems since being a child and has tried many different ways of losing weight including bulimia. When she was 16 she suddenly lost a lot of weight which she puts down to the onset of diabetes, though she finds it extremely difficult to separate the effects on her of diabetes, polycystic ovarian syndrome and hyperthyroidism.

Zoe was prescribed metformin at first and then gliclazide but both made her feel sick and ill. She finds insulin better for her. For about 9 years Zoe acted as if she didn't have diabetes and attempted to control the condition with dieting. Eventually she became very ill and couldn't continue working as a hairdresser. With the support of her new partner, she decided to tackle her diabetes and for the last year she has felt more 'grounded' about her life.

Zoe has coped with depression and serious mood swings throughout her adulthood, but hopes she will soon be turning a corner and starting a new life. These days she mostly feels positive and strong and believes that diabetes can be managed 'alongside' the other parts of her life.

Initially Zoe thought that her weight loss was a sign of diabetes.

Initially Zoe thought that her weight loss was a sign of diabetes.

View topic summary
SHOW TEXT VERSION
PRINT TRANSCRIPT
For a long time as a kid I tried to lose weight and couldn't, and all of a sudden one day I just lost - well it just went on a spiral - and I lost about six or eight stone, eating the same foods I had ever eaten. And they say maybe that was when my diabetes had hit me. But we just didn't recognise it because I'd, I've always drunk a lot of fluids, and, you know, being sleepy and tired, I've always found, put a fight against it because like with being a, a big girl I never wanted people to say I told you so, you can't do this and you can't do that, so I've always had two or three jobs at a time. To overcompensate people saying, 'Oh no she's lazy, she's this, she's that.' And I've always dieted, I've always exercised. And it was just weird that nobody picked up that I was diabetic.

But I didn't know at the time I was the only, I thought I was the only one in the family, since I've found out I'm diabetic that I found out my mother, my father, my sister, everyone else is diabetic in the family, my grandma was diabetic. But it's just really strange how afterwards that we found out, that's what I've, I found myself lucky to be the first one to find out. But I started off with what they called 'old age diabetes', what they told me [laughs], and I was like well.

Was it type 2 diabetes?

I know that sounds really silly I just, I think as a kid I did become bulimic because of my weight. And I can remember going to see doctors and, you know, there was a time I used to have to sing when I went to the toilet and people used to have to, you know, hear me, listen to me just to make sure I wasn't being sick. And I can go a long time still to this day of eating and I could actually bring that food up the next day, of holding it... But I think it's just something that's built into me, you know, the more you eat the bigger you get. I don't, I don't know how not to be sick now. It's like a natural, every day, yeah so it doesn't bother me [laughs].

View topic summary
SHOW TEXT VERSION
PRINT TRANSCRIPT
I thought 'Right I've gotta, you know, I've had the treatment now for one thing, you know, my ovaries are okay, maybe I should get my other part of my life, you know, back on track'. And I just thought 'Right I've gotta do this', and, I really went out all at work. Being a hairdresser it's hard because they don't allow you to have lunch breaks. They'll give you a lunch break and you'll miss it and you know, for a while I took to drinks it's like, there was nothing better to do and it was a way of getting sugar into my body without eating solid food because my weight started to be an issue. And I just thought 'I've got, I've gotta change this, I've gotta find a better way out', and I, you know, you get so depressed with it, it gets on top of you with, always constantly morning, noon and night having to check it that you just think 'Oh if I don't do it tomorrow afternoon or if I don't do it now is it going to matter?' And you think 'Yeah, eventually it does'.

I mean I was lucky, I went on the internet and found my partner and he's kind of grounded me. He's made me realise that your health really is the main thing that you've gotta cope with. And I don't know how I've gone through that ten years with the way I've treated my diabetes, because in a way I've found out all the things with it I can do, and I feel I've cheated sometimes because I've, managed to keep my sugars down by what I've eaten instead of the medication.

Zoe prefers to talk to her nurse because she gives helpful advice and listens to her.

Zoe prefers to talk to her nurse because she gives helpful advice and listens to her.

View topic summary
SHOW TEXT VERSION
PRINT TRANSCRIPT
So I avoided doctors for a long time. And then my partner now, said, 'Look you've gotta get this sorted.' And I went in and I saw my doctor and, yes I think he did it for the right reasons because he knows' He must've realised straightaway I was stubborn - I will do things my own way - but he was also very rude and obnoxious, and I did feel like wanting to change my doctor but then I thought well maybe he's doing it because I am that kind of awkward person that, I will only go in if need be. But at the same time he was still quite rude - I suppose if somebody's not going to look after themselves then yes they've got every right to be rude - but it does make it hard going into see them.

And I just luckily enough my nurse, she actually looks better, looks after me a lot better, than my doctor and I go in there and we'll sit and we'll actually chat and she'll ask me how I'm feeling, what's it like when I take my insulin.. she suggests little things, you know, like just going out, going shopping in, in the daytime. And I've felt that she has made a difference to my health and wanting to get better because she's took time to understand me and my problems first. You know, to realise, you know, it's more than just giving out somebody a pill, or saying, you know' Like she'll say, 'Just, you know, if you're going to smoke just cut it down.' You know, she's given me little guidelines like 'Gradually do this' Not, 'That's bad, stop it.' 'This is like this, stop doing that.'

And like she understands like, it's like, because of the size of me, like a lot of people automatically think you eat all the time, and it's like it's not often that case. I mean [partner], he actually eats like anything, I've never seen, you know, somebody eat so much and it's like, how can he be the size he is and what he eats and what I eat, how can I be my size?

But I purely know now it's exercise that's going to get my weight down. And you know, I'm not a junk eater, I like fresh food, I like vegetables, I like fruit, but when a doctor just looks at you, like my first doctor, and he says, 'All I could see is.' because like I said to him, 'Every week I went in with my diet plan.' And he said, 'But you can't be eating that because of your size.' And I said, 'Well I, why would I lie, I'm coming to you for help? I have no reason to lie I want to change, you know, you know I, I don't wanna be this size.' But obviously there's something wrong - that's why I was going to him.

But it took like, for him to find out more about me, to make him realise that, you know, just because I'm a big girl doesn't mean I sit and eat all day. And like I have exercise and I go out, I used to do a lot more exercise than I do now which I will get back to, but it took that, you know, because at first he was like, 'Oh I just give you this pill and I'll just give you that.' And it wasn't that, I think it, it took that little bit more, for him, I think to open it up and say, you know, you can treat this by doing this and doing that, but yeah doctors are the, the scariest of things.

Zoe was determined to prove she could lose weight and walked the Pennine Way.

Zoe was determined to prove she could lose weight and walked the Pennine Way.

I think because of the size I've lost a lot of weight, and I was twenty-six stone when I was younger and so many people used to moan about my weight and for some reason I lost it all, which is when the doctors actually say now they think that's when I became diabetic, when I was about sixteen. And then for no reason the weight carried on, you know, it, it grew back up and I couldn't lose it.

And then, when I sold my house and started to live by myself I kind of thought 'oh I'm a big girl to not get things done you know, if I don't eat it's not going to matter' and I managed to lose a lot of weight and I got down to a size 14 again, and I've realised that exercise is a big help in your diabetes.

I took to walking. I managed to do the Pennine Way six times, which was a great feat because I know when I started to do the first one, people panicked because they thought I'd die half way doing it, with, you know, not being a conventional diabetic, you know, eat, taking the pills and stuff. And it was just, I don't know, that adrenaline fix of 'I can do this' I've, you know, 'I may be big but I'm going to get out there and walk and I'm going to prove that'.