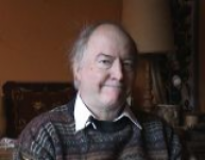 Age at interview: 60
Age at diagnosis: 56
Brief Outline: Ken was diagnosed when he was 56. At the time of his interview he was taking metformin.
Background: Ken is a retired academic, married with two grown up children. Ethnic background/Nationality: White British.

Ken was diagnosed with diabetes when he was 56 years old. He used to work in London for part of the week but once his diabetes was diagnosed he chose to work part-time. Ken had urinary tract/prostate problems for about a year before diabetes was diagnosed. He describes feeling 'pissed off' when he found out he had diabetes because he knew that it was a chronic progressive disease which would affect his work and social life.

Ken was put on metformin and given advice about how to change his diet. He has used the internet extensively to find out more about diabetes, diet and medication. Though he and his wife now eat more healthily, he felt confused by the standard dietary advice provided for diabetics. He thinks that eating more vegetables and protein helps him control his blood glucose levels better than if he were to eat alot of complex carbohydrates such as oatmeal and pasta. Ken feels much more tired than before and doesn't find it easy to take as much exercise as he should. He used to play squash 3 or 4 times a week, but says that peripheral neuropathy in his lower legs and feet has made squash impossible.

View topic summary
SHOW TEXT VERSION
PRINT TRANSCRIPT
Because I started noticing I needed to drink more, and then I got a bladder infection. The GP tested me for the bladder infection and nothing else, and I thought there was something else wrong, so I changed GPs eventually. I went along to the next GP, and was diagnosed as having a prostate problem, and treated for that. I thought it wasn't a prostate problem, so the next blood sample I got I got the nurse to write diabetes test on, and that total process took over a year.

So why did you feel that there was something more to the problem than what the GPs were investigating?

Well one thing was small white spots on the bathroom carpet, which my wife picked up, which apparently is characteristic of diabetes, but I didn't know that of course at the time. It certainly wasn't characteristic of prostate or urinary tract infection. And I guess I wasn't overweight, my cholesterol was okay. My blood pressure, which they did, was perfectly normal, so they just didn't suspect for a while.

Ken thinks that the information about eating more carbohydrates is extremely confusing.

Ken thinks that the information about eating more carbohydrates is extremely confusing.

View topic summary
HIDE TEXT
PRINT TRANSCRIPT
I've certainly found diet the most confusing side of diabetes. You lose weight, in general, before you're diagnosed, due to metabolism that involves you metabolising your own protein really, rather like the Atkins Diet. But then I've been totally confused by all the dietary advice. It seems to me that eating rice, for example, which has been advised, just causes a sugar release, a high spike at a later time. So if you eat glucose you get a high spike of glucose immediately. If you eat rice or potatoes, or pasta of any sort you just delay that rise, so that's why I've chosen to go for things with a lower glycosalation index, because the rise tends not to spike so much. It fits with my theory that what you don't want is a spike, but, it, it took me probably two or three months of reading and thinking to come out with that, because everyone says something different. That's why I stress my own way that seems to be best for me, because obviously there's a hundred other conflicting ideas out there. But that's been the most confusing, I think.