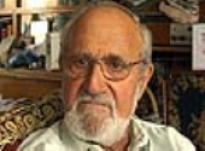 Age at interview: 74
Brief Outline: Tony took part in a double-blind, placebo-controlled trial of Viagra (sildenafil) for erectile dysfunction following a prostate operation. He was in the placebo arm but was given Viagra after the trial ended. (Husband of Pam, Interview 21).
Background: Tony is a retired chartered accountant and tax adviser. He is married with 3 grown-up children and 2 step-children. Ethnic background/nationality' White British Jewish.

Tony was diagnosed with benign prostate hypertrophy – enlarged prostate – approximately 12 years ago. He was treated by a surgical procedure called TURP, transurethral resection of the prostate. Possibly as a side effect of the procedure, Tony later developed erectile dysfunction. He was referred back to the urologist who had treated him before. The urologist told him there was a drug company-funded trial of Viagra (sildenafil), which at the time was a new drug. The trial would be comparing a placebo with the drug, and neither the doctor nor Tony would know whether he was taking the placebo or Viagra (a double-blind, placebo-controlled trial).
Tony’s view is that trials are essential for medical knowledge to progress. He knows he has benefited from drugs that have been trialled on other people in the past, so he feels there is no reason why he should not also take part in trials to benefit future generations. It was explained to him that there were some potential serious side effects, but he was willing to take part anyway.
During the trial, his erectile dysfunction did not improve, and Tony guessed he must be on the placebo. It never occurred him to withdraw from the trial, however, because once he had started he felt there was a commitment to see it through to the end. As part of the trial he had to complete regular questionnaires about both physical symptoms and his psychological well-being.
At the end of the trial, everyone who had been on the placebo was offered an opportunity to take the real drug, and immediately he noticed an improvement in his symptoms. The research assistant on the trial told him that once it was approved for NHS use he would probably be eligible to have it prescribed on the NHS because of his prostate condition.
Tony would like to see more research carried out generally into prostate cancer, which he sees as a neglected area. It is likely he will have to have another TURP operation, which he is not looking forward to as it is an unpleasant procedure. Finding alternatives to the surgery would be a major step forward.

Tony says medical advances cannot be made unless people volunteer. He has benefited from drugs...

Tony says medical advances cannot be made unless people volunteer. He has benefited from drugs...

View topic summary
SHOW TEXT VERSION
PRINT TRANSCRIPT
Anyway, I later developed ED, erectile dysfunction, and was referred by my GP to the same specialist who had been the urologist who had dealt with the prostate problem. And as he knew me, and was at that time being asked by the drug manufacturers to take on a trial of a drug which was supposedly going to be of benefit to people with erectile dysfunction, he asked whether I would be prepared to be part of the group on whom it was to be trialled. He explained very carefully the possible side effects, which were manifold, and explained that it was a double-blind trial, which meant that neither he nor I would know whether or not the medication which I was given was in fact the real thing or a placebo. I was quite happy to accept this risk of possible side effects. Partially the reason for taking the trial was self-interest in so far as it could be of benefit to me, and partially it was because I know that medical advances cannot be made unless people are prepared to enter into trials.
I know that there have been some very, very nasty problems - no names, no pack drill - but this was something with which I was prepared to go along.
It’s something which I realise is extremely important. I know that great strides are constantly being made. And unless research is tested on human beings, as well as on such lab animals as are necessary, the results aren’t going to be totally fully understood. Clinical trials are necessary for all drugs. I have been the beneficiary of drugs which have previously been trialled by other people, and if I’m in a position to do the same for the next generation then there’s no reason at all that I shouldn’t do so.

Tony thinks there are conspiracy theories about the role of the pharmaceutical industry, but he...

Tony thinks there are conspiracy theories about the role of the pharmaceutical industry, but he...

View topic summary
SHOW TEXT VERSION
PRINT TRANSCRIPT
I know that there is a great, shall we say, conspiracy theory [laughs] about big pharma, and up to a point I keep an open mind about this. It is big business. There are multi millions of pounds involved. And I don’t for one second begrudge the profits that the big pharmaceutical companies make, because I know how much it costs them to start new drugs. Whether they sometimes abuse the relationship they have with some medical practitioners, I’m in no position to judge or pass comment. I can see that it could happen.

Tony explains why he took part in an early placebo-controlled trial of Viagra (sildenafil) for...

Tony explains why he took part in an early placebo-controlled trial of Viagra (sildenafil) for...

View topic summary
SHOW TEXT VERSION
PRINT TRANSCRIPT
In the event I realised that I was in fact on the placebo, because there was no possible recognisable benefit derived during the many months on which I was on this trial. And I suppose one can say that the only beneficial side effect is that after the trial per se had finished, all persons who had entered into the trial, whether or not they had been on the original drug or on the placebo, were for several months provided with the actual drug itself, prior to its having come onto the market.
When you started to think you were on the placebo, did you raise that with anybody running the trial?
No. It was totally pointless. There were regular questionnaires which were required to be completed after each session, after each - I forget for how long it went, I forget whether it was a month or two months or what will you. And these questionnaires included whether there was any noticeable effect, what one’s psychological view was, whether one felt - how one felt - whether one felt that one was losing one’s manhood, one’s masculinity, all sorts of things of that nature. They were very interesting psychological questions actually. But it didn’t worry me in any way.
And did they actually confirm to you afterwards that you were on the placebo? Or did you never ask, you just assumed?
It was proven to me when I was given the real drug, because that did have an effect [laughs].
[laugh] Right, yeah, fairly conclusive proof then. When you realised you were on the placebo, did you think about pulling out, withdrawing from the study?
Oh, not at all. If I’m part of a clinical trial I know that it, one has to go ahead with it. One undertakes these things seriously. It’s not a lightly taken decision.
It’s quite important if one is doing a test to see to what extent we know that a particular drug has an impact on the people who are taking it, and you must have a control group who are given a placebo, who are given something other than the drug, against which to compare those results. The fascinating thing of course is the number of times that people on the placebo have satisfied themselves that they have received some beneficial effect.
Previous Page
Next Page