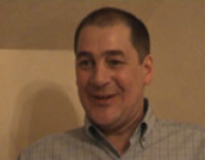 Was disappointed that his GP did not explain that the antidepressant was to treat his nerve pain,...

Was disappointed that his GP did not explain that the antidepressant was to treat his nerve pain,...

View topic summary
SHOW TEXT VERSION
PRINT TRANSCRIPT
When you were prescribed the amitriptyline, how did you feel about taking that?

I was open minded until' Again I trust the doctor, but I was still optimistic that things would get better at that time, and so to be prescribed something else, to me seemed that I was going in the wrong direction. I went to my GP and then my GP met me at me local chemist and I asked about them, and he said, 'They're antidepressants', and I says, 'Well I'm not depressed'.

So I immediately went home, onto the internet and I looked up amitriptyline, which confirmed that they're antidepressants and it never cheered me up any. It was only later through the pain clinic website that I saw on the pain and depression page the use of amitriptyline, and I've since seen my GP and had a chat about that drug with him, make him aware that, you should have told me about the neurological, or the neuro side of things more clearly because I was quite disappointed that I'd been prescribed downers, or antidepressants, so a wee bit confusing, similarly the chemist came straight out with it, 'They're antidepressants', so I was quite disappointed, yeah.

Searched the internet to find out what 'chronic pain' meant after seeing a poster in the surgery...

Searched the internet to find out what 'chronic pain' meant after seeing a poster in the surgery...

View topic summary
SHOW TEXT VERSION
PRINT TRANSCRIPT
My first introduction to the term, 'Chronic pain', came whilst filling time in my GP's waiting room. I saw its a Scottish research into chronic pain or some letters attached to it and, forgive me for not remembering it but, I did take that home and had a potter about on the internet to do a search against chronic pain, and up this site came again.

I looked through the pages, I think there was about six pages or so, but they covered such topics as the pain clinic, pain and depression other subjects on pain and the management of pain, and I did find, well those two that I remember, most interesting.

The one on the pain clinic is a thirteen page pr'cis, I think eleven pages really because the bibliography takes up the last two, but it was an amalgamation of a lot of research that's been done from those accredited books, but its something that is very readable and quickly understandable, and extremely relevant.

I could liken myself to a lot of the symptoms that were being expressed in the research, and I thought, why not. Similarly with the pain and depression page, the Amitriptyline was explained as it should have been explained before that, you know, by my GP, and I would say my chemist as well.