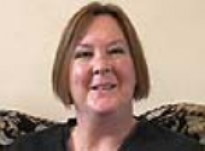 Age at interview: 45
Age at diagnosis: 35
Brief Outline: Jane was diagnosed with CIN3 in 1999, aged 35, after a cone biopsy. Before the biopsy results, she believed she had cancer and felt frightened and anxious. She missed a couple of follow-up appointments because of fears of recurrence.
Background: Jane is a full-time mother Ethnic background / nationality' White British

Jane attended regularly for cervical screening. She had four children and said she had smear tests following pregnancy too. When she was in her thirties, she had some bladder problems and noticed some bright red blood, which concerned her. When she visited her GP, she was given a smear test. She received a telephone call shortly afterwards and was told she would need to have further tests.

At the hospital, Jane had a colposcopy. Results showed that she had pre-cancerous cell changes. Jane was told that she had ‘carcinoma in situ’. This is a medical term that is not used much nowadays and is the same as CIN3. Jane said the word ‘cancer’ frightened her and was all she actually heard. She believed she had cancer and was extremely worried.

The consultant offered Jane a hysterectomy, although she would need more tests first. Jane felt strongly that she did not want a hysterectomy – she was only in her thirties and didn’t feel ready for one. At one of her appointments, Jane saw a different consultant, one she'd been under when she was pregnant. She had a lot of faith in him and said he understood her concerns about having a hysterectomy. Jane was given a cone biopsy and told that she had CIN3. Until this point, she did not know that she had CIN3 or that it was pre-cancerous but had believed that she had cancer.

Throughout this time, Jane had four children to look after and put caring for them first. She said she was so frightened of being diagnosed with CIN3 again or cervical cancer that she missed two follow-up appointments because of fears of recurrence. It was only later, when she was told that the chances of her having a recurrence were small, that she started attending for cervical screening again. Jane wished she’d been given this information sooner because she would have worried much less had she known. She recommends that women go for cervical screening and ask questions if they are unsure about anything.

Jane worried when her GP phoned to tell her she needed further investigations, but felt that she...

Jane worried when her GP phoned to tell her she needed further investigations, but felt that she...

View topic summary
SHOW TEXT VERSION
PRINT TRANSCRIPT
And at that time it was your GP that phoned you at home?

Yes and that’s the thing that I remember thinking, “GP’s don’t ring very often.” And I think then that yeah, I didn’t want to sort of think, it’s hard to explain. Like you sort of say, “Oh I know that I have to go and do this and deal with this but why are they calling me? Is it more serious, is it…?”

So you’re not really knowing how serious it is, and just as in all the dramas on anything, you think “Oh the phones ringing, you know, this is going to be just the worst news ever.” But in fact I think, if I’d have understood that was procedural, and of course the quicker you go and deal with things obviously the better, you know. But I think all this sort of stuff and dramas and TV documentaries, “Aah, the phones ringing, yeah.” It sort of immediately puts you into panic mode really, but obviously, you know.

And the phone call would make the process quicker, would a letter, would you have preferred a letter?

Do you know what, I'm thinking probably I might have put a letter in the drawer. I think I might, even though, like I say and going back on the time, I knew instinctively that something wasn’t right, I just knew something wasn’t right because I don’t, like I can’t explain why, and as I say the only sign I had was the one tail end of blood at the end of a monthly cycle. And so I think in a way it was, the phone call was good. The phone call did make me think, “No, you really have to go and go to where we say, you know, and don’t ignore the next procedure.”

Jane had four children and had to get back to normal life straight after treatment. The word ...

Jane had four children and had to get back to normal life straight after treatment. The word ...

The emotional took a lot longer to sort of heal from really, because the physical symptoms were just, well I’ve had four children you know, it wasn’t anything that, there was no extreme pain in any of the procedures, none of them. Slightly embarrassing with your legs wide open, but nothing any more than that.

And yes. And then coming back to sort of family life. And I think then it kicks in, you know. It’s not something I sort of thought too much at the time, and just got on with it, but I must say the word ‘cancer’ just kept playing around in my head. You know, ‘carcinoma in situ’ kept going round in the head. And I didn’t really realise at the time that it was pre-cancerous. So even though it can spread or you know, it can also if I hadn’t had the smears, that’s what I really think, if I hadn’t had the smear test, he said that he has women that two or three years later, it’s too late. You know, so from that point of view it’s like, I then made it my mission to just say, “Everybody have a smear, you know.”

Jane worried about having a recurrence at a time in her life when she was very busy. She had four...

Jane worried about having a recurrence at a time in her life when she was very busy. She had four...

I can probably honestly say no, I didn’t always go [to follow-up appointments] because then life took different turns. And I think what I was very aware of was that, you know, at the time with my sort of family situation, I thought, “Nothing can happen to me. It’s not allowed to happen to me because if it does, then it’s going to be awful.”

Because I had no family, and no, and my partner was going through his illness, and the children needed me. I thought I can’t be ill. So the thought of it reoccurring would’ve been too difficult for me. And so I think I must confess to have not gone to perhaps the bi-annual ones, you know, the two year ones.

And I think I missed two. But in missing two, I don’t quite know what that says about me, because having gone through the experience you think the last thing you’d ever do is miss a smear test. Because, you know, having that smear test caught me at those stages where it was dealt with. And I don’t quite understand why I did that. I guess apart from fear. I’m not sure.

Jane feels she would have worried less if shed known the chances of recurrence were low. She...

Jane feels she would have worried less if shed known the chances of recurrence were low. She...

I wish I’d been assured that the chances of reoccurrence were very low. I think if I’d had that, I wouldn’t have sort of spent two or three smears beating myself up about missing them, and panicking about thinking that I can’t let this happen. I can’t go for a smear because if it’s there, I can’t sort of deal with this again. You know, I think if I’d have had, and I think also its, talking about it afterwards, I think that’s the thing. Because it’s so sort of, I think anybody who’s ever had the word cancer, no matter how you say it, said to them, it just stays with you, you know. It does stay with you.

So I think if I’d had CIN3 said to me at the beginning, maybe my head would not have just heard the word cancer. And then maybe I would’ve not ignored two or three smears. And I’m being honest that I did that because I thought it would come back. And then of course every cycle you look at, you think, you’re watching. I was watching every cycle thinking if there’s a change then this has come back. And of course our cycles change all the time but, you know. So yes, I think that would have been really important to have helped understand that I could’ve got on with my life. Well I did get on with my life, but I wouldn’t have worried quite so much on quite such a regular basis.

I think that’s the thing, and I think because it’s such a, it was such a quick, everything happened so quickly, that was the other side of it, you know, regular smears and I imagined these things took ages to evolve, you know. I thought cell changes, I thought well I’d be okay because I’ve had three or four smears in so many years. I’ve always had regular smears. And it was the speed of it all that I think was quite shocking. So yes, sort of at the time more information definitely. Definitely.

Jane felt she could talk about her fears and ask questions. Her consultant made a difficult time...

Jane felt she could talk about her fears and ask questions. Her consultant made a difficult time...

I must say absolutely on all occasions everyone was just incredibly helpful and yeah, it was very, considering what I was going through. I look back now and think that it was a very positive, all the medical professions were there to make sure I got better. You know, and I could sort of talk about the fear that I had, even down to like sort of wearing a hospital gown, and people just like testing your heart beat and stuff. Things that you’d never really had to deal with. And I mean I’ve got four children at home, and you know, all that worry, but that in fact they made it very easy to go through what I was going through. Still not knowing at this stage how advanced things had been.

Having continuity of treatment, you know, the consultant I had who saw me through from more or less the former stages, even going for the colposcopy and I would know he was there. And if ever I wanted to sort of speak to him somebody would say he would be available or you could come back. And that was so important, to have that sort of individual sort of understanding, that I knew that nothing was too much trouble, no question was going to be too much for him. And even though he had millions of other patients, I was just as important. And once you feel that sort of understanding, then I think one relaxes into it and that’s when you, you know, and I don’t know, my experience of that, as I say, and it was the first time I’d been in hospital, and that mattered a lot you know. It really did.