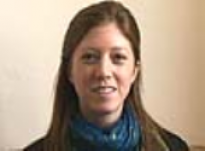 Age at interview: 25
Age at diagnosis: 25
Brief Outline: Alaina was diagnosed with CIN 2 / 3 in 2008, aged 25. She had severe bleeding a few days after having treatment and was rushed to hospital, where she was treated and stayed for a day. She has been well since then.
Background: Alaina is a single underwriting assistant Ethnic background / nationality' Alaina was living in London [participant's chosen wording]

When Alaina was invited for routine cervical screening, the GP surgery was so busy it took a while before she was actually given a test at a local clinic. Alaina said, ‘I was pretty much ready to give up by that point, but I actually worked at a cancer charity in Malaysia on my gap year, and I worked on producing leaflets for them, so I knew the importance of it. So I persevered.’

The next test showed moderate to severe changes and Alaina was referred to a colposcopy clinic. She had a colposcopy and biopsy and was told that it looked like HPV and nothing to worry about. The results, however, showed that she needed treatment. Alaina was unsure whether she had CIN 2 or CIN 3. At another appointment, Alaina had a LLETZ. The procedure was painless, she felt well and went back to work the following day.

When Alaina was out at the weekend, she said she started haemorrhaging. She was bleeding extremely heavily and was very frightened. It was late at night and she took a taxi to the Accident and Emergency department of the hospital to which she had been advised to go should this occur. She was on her own and had to wait until a gynaecologist could see her. She was treated with a chemical that she did not know the name of and the bleeding soon stopped. Alaina stayed in hospital overnight and for the next day.

Alaina would have liked to know how much bleeding to expect after surgery and how much physical...

Alaina would have liked to know how much bleeding to expect after surgery and how much physical...

It would have been nice to have information on what I could expect after I’d had the treatment. For example, they’d warned me I could have heavy bleeding, but they never said what constituted “heavy.” It would’ve been nice to have sort of a better idea of what was normal and what wasn’t. So I would’ve known when I needed to go and call the number and go to emergency, before it got that bad maybe.

And you mentioned that there’s still some questions that you’d like to ask either a doctor or a nurse. Can you remember what these questions are?

I have a few questions about HPV. Because it’s sort of what causes it, causes the abnormal cell changes. No-one ever recommended having a vaccine. I’d quite like to have that done. Apparently there’s an age cut off and I’m almost there so I’d like to have that done as soon as possible. So I need to ask somebody about that.

Alaina haemorrhaged the day after having treatment. She was very frightened and phoned the...

Alaina haemorrhaged the day after having treatment. She was very frightened and phoned the...

I felt fine until the Saturday night when I was out, and I started haemorrhaging. And I was terrified.

So lots and lots of bleeding?

Incredibly. I mean I’d heard, and one of my housemates actually had a friend that said after she’d had it done she did have a lot of blood but I couldn’t have imagined how much blood. And I was in a bar, which didn’t help. And basically I just hopped right in a taxi to the hospital.

And were you in central London?

I was, and I actually, it got quite heavy. I was considering going home and I thought no, I’m probably better off staying in central London because I’m closer to the hospital that I was told to go to, were that to happen. So I called up one of my housemates and got him to give me the number I was supposed to call if I had such symptoms, phoned them.

They said to come down to A&E [Accident and Emergency] at the recommended hospital. I was absolutely terrified finding out an hour later when I realised how much I was actually bleeding. Jumped in a taxi, went to the hospital. Went to A&E. Was eventually seen.

Were you given any medication or what happened there?

They did. I think it was silver something. They did use some chemical basically to stop the bleeding, to help seal the wound again. I think it’s the same stuff they use at the end of your loop diathermy … so they did that. Then I was put in a room and then eventually I was moved. But when they went to move me and I stood up, I started pouring blood again. So then they were talking about possibly putting me into theatre, or packing me and using a catheter. It all sounded very horrible. But fortunately the bleeding stopped again and then I was just kept in the hospital over night and for the remainder of the next day on a drip.

And what happened after that? It, it kind of just stopped by itself or?

Yeah. So I guess the chemical treatment worked.