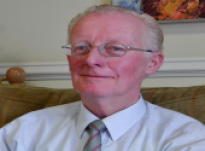 Age at interview: 69
Brief Outline: Peter's friend Jill was diagnosed with breast cancer. Peter moved in and cared for her. Jill was struggling with the side effects of chemotherapy and eventually killed herself.
Background: Peter is retired. He is divorced with adult children. Ethnic background' White British.

Peter had known Jill for a few years before she was diagnosed with breast cancer and had a mastectomy. She also had chemotherapy, but after a while this gave Jill a ‘bad head’. Peter would telephone every day to see how she was. One day he telephoned and there was no answer so he decided to visit her. He found she had taken an overdose. Jill was admitted to A&E.

When she was discharged, he decided to move in with her to look after her as she was terrified of being left alone or put into a home. He hoped that she would start to get better and he could return to his own home, however Peter contacted the health team several times but they were unable to offer Jill or him support apart from a social worker who came in once a week.

Jill’s bad head seemed to get worse and although Peter and Jill looked for the reason for her headache and visited several different physicians they were unable to find an answer. There were many times when Peter screamed at the wall, ‘Why isn’t there an answer?!’ During this time Peter was doing all the caring and he wished there was more support for Jill.

Jill’s condition deteriorated and she went into spasms and talked ‘gobledegook’. Peter took Jill out every day to try and distract her and keep her spirits up. He planned trips around the UK for himself and Jill. Peter took Jill to a hypnotherapist and herbalist but there was no lasting effect from these treatments. Jill believed in reincarnation and felt she had had a good life. Peter does not have a specific religious belief.

Jill attempted to take her life several times. One night when Peter left her to visit his own home, he returned to find Jill had killed herself. Although Jill had talked about suicide several times it was a shock for Peter to find she had taken her own life.

This was a stressful time for him, but he felt he had to cope and get on with life on his own. Jill’s GP contacted Peter and thanked him for all his care of Jill and offered to see him anytime should he feel he wanted to talk to someone.

Peter returned to his own home after Jill’s death and felt quite lonely. He occasionally had a ‘few beers’ to help him get through. He now has a lodger who keeps him company. He has happy memories of his time with Jill and he feels proud that he was able to help her right up to the end.

Initially Peter thought his friend would get better.

Initially Peter thought his friend would get better.

When we look, you look back at [friend’s name]’s illness, initially did you expect, what did you expect to happen after her initial diagnosis?

I expected her to have the chemo, as people do, and improve and progress.

I was going to move back to my place, fifteen mile away and see her at weekends. And she was she was going to go back to work as a receptionist, a wages clerk and continue her old life and I’d have my life and meet up at weekends, be friends and partners.

So did you view caring just as an interlude where you’d be helping her over a difficult time?

Basically, yes. Initially, yes, I suppose. Just wanted her to get better and I can get her better.
And, I was very optimistic and confident.

Peter has a new lodger who keeps him company after the death of his friend Jill.

Peter has a new lodger who keeps him company after the death of his friend Jill.

How are you coping now?

I was down at the end. I didn’t realise, sorry, I didn’t realise I was down really and though I had got a chest infection, which I never get, and it was getting me down all the up and down stairs and taking her out every morning at eight o’clock to distract her. Running the household because she couldn’t cook, anything like this. But, by coincidence, a young fella was looking for accommodation, friend of a neighbour so I offered to put him up so I got company. He’s still here at the minute. He’s a forty year old.

Because I wasn’t depressed or bad but I think it did help me having company. Somebody near me, you know.