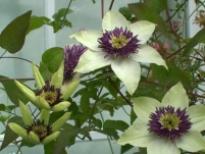 Age at interview: 47
Brief Outline: Jasmine slipped and fell in the snow and was told she had a fractured shoulder. Her injury limited the movement in her arm and was affecting her ability to carry out her work duties. She was initially given an injection for pain relief and she also attended physiotherapy sessions for six months. These treatments did not improve her arm’s mobility. She eventually saw a specialist and was told she needed surgery. Jasmine’s surgery went well and she gradually regained movement in her arm but remains wary of using her right arm when restraining clients at work.
Background: Jasmine is married with two children. She works full-time as a nursing assistant. Ethnic background: Asian.

Jasmine was on her way to her local surgery when she slipped and fell in the snow. She went to A&E to have an X-ray and was told that she had a fractured shoulder. Although her fracture started healing, the movement in her right arm was still limited. She was sent to have physiotherapy for about six months but there was no improvement in her arm movement and she was told she had a ‘frozen shoulder.’

Jasmine’s injury didn’t affect her too much in her home life but restricted what she could do at work. As a psychiatric assistant nurse, she sometimes needs to control and restrain clients but without full movement of her arm, she felt that she would be putting herself and others at risk. So she was unable to comply with that part of her work duties.

Jasmine initially had an injection to help with pain but it did not help with regaining the movement in her shoulder. About a year after her accident she saw a consultant and was told what was restricting her right shoulder movement: she had a bone overgrowth that needed to be trimmed. She was told that her shoulder would not improve unless she had surgery.

During her pre-op consultation Jasmine felt she was given all the information she needed about keyhole surgery, nerve block, possible side effects, exercises to do after surgery and so forth. She was also given leaflets and was shown the Technology Enhanced Patient Information (TEPI) site. She found it very useful and comprehensive.

Jasmine’s surgery went well and she went home the same day. She remembers that her arm was numb for about 24 hours after surgery and that the painkiller (co-codamol) she was given at the hospital to take home made her feel nauseous, so she soon stopped taking it. She said her pain wasn’t that bad so she didn’t need such strong painkiller anyway.

Jasmine’s shoulder movement started improving about a week after surgery. She was surprised to see it improving so quickly and said that after about four weeks she regained full movement of her right shoulder. She used the TEPI site for her post-op recovery exercises. Based on her experience, she would like the TEPI site to include more advance exercises for those who are recovering well.

Jasmine is now back at work and able to lift her arm in ways she wasn’t able to do before surgery. But what worries her is the risk of damaging her right shoulder again when at work dealing with difficult clients that need to be restrained.

Jasmine was worried about how much pain she’d be in after surgery. Her arm was numb afterwards and in a sling.

Jasmine was worried about how much pain she’d be in after surgery. Her arm was numb afterwards and in a sling.

View topic summary
SHOW TEXT VERSION
PRINT TRANSCRIPT
Well it was really helpful and they gave me all sorts of information about what will happen when I go in. And the main thing I was thinking when there, I will, I will feel the pain afterwards. How much pain I will get after the operation and they told me that with the, with the painkiller that they were giving me, I won’t feel anything and which is, which was true, which happened afterwards that I didn’t feel that because everything was numb at the time. But I had to keep this sling for twenty four hours.
Previous Page
Next Page