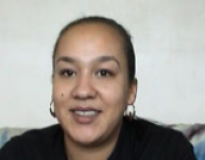 She trusted her doctor's advice that she should have screening.

She trusted her doctor's advice that she should have screening.

View topic summary
SHOW TEXT VERSION
PRINT TRANSCRIPT
Okay, and did anybody ever say to you, 'You don't have to have any screening'? Did it feel like a choice to you that you were, you could choose to have screening or you could choose not to?

For any, I mean like all the blood tests and the scans and things?

No, no it wasn't a choice. It was, "You need to come back on such and such a day," and that was it really. And if I couldn't make it on that day, because I was too sick I'd phone and rearrange the appointment but it was never an option.

Are you happy with that looking back, or?

Yeah, yeah. Because the way I feel, it's like the doctors know more than me, so if I need to have this done then I need to have it done, sort of thing. It was just me overcoming my fear of needles and blood that was like the main problem for me.

She and her partner agreed quickly about screening but their views might change now they already...

She and her partner agreed quickly about screening but their views might change now they already...

View topic summary
SHOW TEXT VERSION
PRINT TRANSCRIPT
And did you have any discussions with him about whether or not you'd consider termination for Down's syndrome?

And his view? He wouldn't either?

Did you find you agreed quickly about it or...?

And do you think his feelings would've changed now that you've got one, about whether or not...?

About having another one? Yes.

How do you think he'd think about it now?

I wouldn't say he would opt directly for an abortion, I wouldn't say that. But I think he would think hardly on that side, simply because [son] is such a handful. If he wasn't, then maybe it would go another way, but I think as the situation is right now, yeah, it would sway our decision.

She really enjoyed seeing the baby at the 20-week scan. She would have liked to choose which...

She really enjoyed seeing the baby at the 20-week scan. She would have liked to choose which...

View topic summary
SHOW TEXT VERSION
PRINT TRANSCRIPT
And what were the experiences of the scans like for you?

Did you go on your own?

No, with my partner, his dad. But no I didn't find them uncomfortable or anything like that. They were brilliant. And as I said, the fact that I could see my baby it was just like I didn't really want to leave. They used to give me extra long scans.

And what sort of, did they talk to you during it or were they...?

Right, so you felt you were getting enough?

Yeah. But the only thing that I had a problem with was when they took the pictures at five months. I wanted, because I wanted a specific picture, like his face and then like - but the doctor literally just scanned me and then said, "Oh here's your photo," sort of thing. And it was like, "Oh I don't like this photo," I had that kind of...  But yeah, at my first scan at three months they asked me, "Oh do you like that one?" and we were like clicking away sort of thing.

Having missed the deadline for a combined nuchal scan and blood test she was offered CVS ...

Having missed the deadline for a combined nuchal scan and blood test she was offered CVS ...

View topic summary
HIDE TEXT
PRINT TRANSCRIPT
There was a slight problem with that one because I missed the original, because you can have it as a  blood test, and then they have another one where they go through your belly or something?.....I refused to have the one through the belly because they said it was too late for my blood samples to show whether it was, whether the baby was Down's syndrome or not.

But one of the midwives spoke to like the senior nurses there and they basically decided no, he's fine, and that it wasn't a problem if I didn't have that one through the stomach basically''But it was me, I missed the blood deadline, the blood test deadline.

Why did you decide you didn't want to have the CVS?

Because it's through your belly and to me it was just like if my child's got Down's syndrome, he's going to have Down's syndrome, so I just preferred not to. I don't know, it just felt like - not an interference, it's not the right word - but like an intrusion, do you know what I mean? The needle through the belly. It was like, 'No, I can't do that.' And I'm really squeamish when it comes to needles as well, so I'd have most probably passed out, to be quite honest.