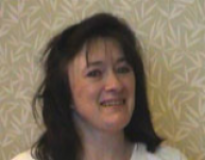 She did not want screening because she would not have further tests, and would rather not worry...

She did not want screening because she would not have further tests, and would rather not worry...

View topic summary
SHOW TEXT VERSION
PRINT TRANSCRIPT
Both working in the Health Service we kind of decided that you're aware of tests and things being done and actually the pointlessness of it, sometimes, if you're not going to act on the results. And that was the main, my main sort of reason for not having them really, or our reason for not having them, was that we'd probably, we wouldn't do anything with the results if we did find there was something wrong.

And so it just seemed that it would cause extra stress. And we'd both worked with people with, adults and children with mainly Down's, and just realised there was such a spectrum, a broad spectrum of problems that can be associated with it that it just isn't such a simple decision as the baby's got Down's or, you know, any other problem.

And it, I guess we both thought screening could only tell you so much and it wouldn't have been enough for us to make a decision to terminate, particularly at the point where if we'd found out there was something wrong.

By that point I guess it would have been, for me, fairly late on, you know, sort of twelve, thirteen weeks, I guess if you're looking at amniocentesis and that sort of thing, or later. And that would have been just a bit too late for - you know, you're kind of feeling very pregnant and even coming to the point where you know, a bit later that you're feeling the baby move around.

So if there were a screening test that, say, could pick up problems at six weeks, would you feel differently about that?

Possibly. I think it would have altered our decision in a way, being as neither of us have sort of religious or moral objections to termination. But having said that, the longer it gets on in a planned pregnancy then yes, I would feel a lot less comfortable with it.

So if you'd known at six weeks it may have influenced our decision. But having said that, even then, another reason for us not wanting screening was just to want to have, to go through pregnancy feeling and enjoying it, and not feeling that there may be something wrong and not fully knowing it. I don't know, it's just me.

Screening cannot give you definite information and having further tests would mean more anxiety.

Screening cannot give you definite information and having further tests would mean more anxiety.

View topic summary
SHOW TEXT VERSION
PRINT TRANSCRIPT
Mother' I think at twelve weeks if you have a scan and they say 'Oh, it's possibly something wrong', I don't know how - again you're not, you're not getting a definitive 'Yes, there is this; yes, there isn't.' It's further tests. Whereas it's kind of taken out of your hands to some degree by twenty weeks. Although I'm sure there's still abnormalities found at that point and people make a decision to terminate by then.

Father' In fact in a way that's what led us really, that's really moved the discussion on, I think, for [son] and for bump number two, was that it was the percentage indication of how accurate the test was. And I think, well, you'd sort of have an indication that the test may be positive for anomalies, which means another test.

And it was like, well - and then it was from then we were saying, 'Oh well, if that's testing that, and you've got to have another test, and the worry of waiting between tests.' And then we'd say, 'Well' - then we got on to, 'Well, what would we do if the test was positive anyway and was one hundred percent correct. Would it change anything?' And then we sort of talked about it and from there really said, 'Well, no.' And so what's the point in having the first test, which is not hugely accurate, to then wait and have another test, particularly given our ages.

They explained why they had the anomaly scan but not blood tests and why they felt differently...

They explained why they had the anomaly scan but not blood tests and why they felt differently...

View topic summary
SHOW TEXT VERSION
PRINT TRANSCRIPT
Father' I don't know. I mean - certainly, I mean, from what I remember we discussed it and we didn't just discuss the test. I mean I think for both of us the point of it is not the test itself. It's what the test, what you're hoping to find out, really. And I guess we both felt that if it found abnormalities, anomalies, what would we do about it anyway?

And we came to the conclusion, I think separately, and we - luckily I suppose - agreed that, well, we wouldn't do anything, and would take it as it comes. And also in my mind, a blood test, even though it's simpler than a scan, is more invasive in a way, really, and seems to - I guess so I associate the scan with just a routine check, and you can see the baby and everything. In a way it seems less of an, a sort of purposeful investigation, whereas the blood test, you know, is a deliberate, 'Let's find out if the baby has Down's'.

Mother' I guess also it's taken out of your hands to a degree by - well for - I suppose it isn't for some people - but even more so for us by twenty weeks, in that you think by that point I certainly wouldn't have considered doing anything about any abnormality that was found. But yes it is, I guess you're more, there seemed to be more of a choice sort of surrounding blood tests or other tests that you may have chosen to have.

Whereas the twenty-week scan, I don't think I was ever, you know, made to have it or, you know, it wasn't sort of 'This is where we go next'. It was, it just, certainly the first time, seemed more of a routine part of pregnancy. And then because I had to have a scan later on I just felt, oh, it was helpful to have a baseline from which to see if there was any change at all.

And certainly this time round it was helpful in that I've had to have a scan because they were worried about growth retardation and so it was quite helpful to know that we were still going along the same path, that the baby was the same size in terms of weeks as it had been when I'd first, first been scanned.

Father' I think in my mind, the scan, the twenty-week scan was sort of a routine thing like your first, your sort of booking appointment with the midwife. It just seemed, you know, just something you did, whereas the blood tests and everything seemed more than that. It did seem more, you know, investigative, and there's no reason why that is, but I think that's just what was in my mind - that, you know, you're pregnant, go and see the GP, book in with the midwife, scan.