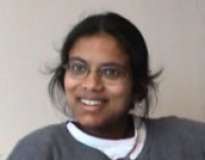 She would encourage parents to think carefully why they are having screening and what they would...

She would encourage parents to think carefully why they are having screening and what they would...

View topic summary
SHOW TEXT VERSION
PRINT TRANSCRIPT
I mean, firstly, I would say, 'Just realise it is an anomaly scan,' because I think you can still, even though people tell you, you can still go into it thinking, 'Oh, I'll get to see my little baby and have a picture of them.'  And it could then come as a shock if somebody says, 'Oh well, actually, there's  this and this that might be wrong.'

But more fundamentally, I would say, 'Have you thought of what, or who you're actually carrying?' It's hard, because I guess it comes down to what you believe, and if you believe that you're carrying an individual, and this is already a person with a life and a soul and - just think of, through the implications of what, what you're doing, because once you know there's an abnormality, are you prepared to terminate and just the consequences of that? And if you think, well, you wouldn't want to anyway, well, then, why have the scan?

So I guess I would encourage people to think through fundamentally what, you know, 'Who are you carrying, basically? Is this a person, or do you just think it's a, a bunch of cells or something?' And I would think the answer's 'a person'. This is already a little person, even if they haven't said hello to you yet, effectively.

So from my belief I'd encourage them to think that way, but you can only say so much. It's up to each one to make their own decisions. But to think it through, I think is the most important, because maybe you just do things.

It depends also on how you react to GPs, and some people can feel, 'Gosh, I don't know anything. I'd better do what everyone else does and what they say.' And just to say that, you know, 'You can stop and think it through.' I think I had it easier because with a husband with a medical background it wasn't hard to talk about - get more information and talk about the implications.

I imagine if somebody doesn't have immediate access to information like that, it might be easier just to say, 'Oh well, let's just do it,' because that's what most people do. But yeah, I'd encourage people to think about it and then make a decision.

She decided not to have any screening because it creates anxiety and as a Christian she would...

She decided not to have any screening because it creates anxiety and as a Christian she would...

View topic summary
SHOW TEXT VERSION
PRINT TRANSCRIPT
We chatted it over and he's got a medical background, which I think was significant. And sort of talked through what's the point of screening and what are the implications of having a scan, and also other people that I know who've had scans - especially one lady I knew who'd had a scan and showed Down's Syndrome, and in fact the child was normal. And just the worry that she'd been through, which was in fact unnecessary. And so that was obviously in my mind.

And then other issues we discussed were, you know, what can you actually do? Because we definitely wouldn't abort, being Christians and believing that this was a person from the moment of conception, would put it, you know - you wouldn't. That's killing life, so we wouldn't, that wouldn't be an option so we thought, well, what's the point if you're not going to abort anyway?

In that sense, there's no point in knowing and worrying unnecessarily. The other thing was the thing if, you can't know if - I think they give a percentage possibility, at least in some cases, of a possible abnormality, and you think, well, it's not even sure. It's not such a clear yes or no, but the fundamental thing was that we weren't going to abort and we were going to have the pregnancy right through to the end, so why have a scan? That was the fundamental, I guess.

So in the end it was quite a quick decision?

Yeah, it didn't take long. I guess I hadn't really thought it through so we were just sitting down and thinking through the implications and what we believed. It just seemed quite clear.

Did you think at any stage that even if you weren't going to contemplate a termination that it might be useful to know to prepare yourselves if you were going to have a baby with problems?

I guess that is something I did think of, but I guess the other side of it was that I might worry unnecessarily. So in that sense I thought, well, you know, effectively God will give us the child he wants to give us and give us the ability to take care of this child, whatever the case - whether they're normal or they might only live for a few weeks after they're born.

So, as it were, trusting in that, and also, I guess we live in a country where there are good medical facilities and I felt it was not being irresponsible not having the scan. So, yeah, on balance I felt it was.

He did not want screening because as a Christian he feels it undermines people with disabilities...

He did not want screening because as a Christian he feels it undermines people with disabilities...

View topic summary
SHOW TEXT VERSION
PRINT TRANSCRIPT
We would rather not have known. Obviously, if it is something like cardiac defect where they might need to do emergency surgery as soon as the baby is born, that's a different situation.

But that's so rare that we felt that, weighing that up with basically not wanting to know if there was something wrong - because I think, psychologically, there's a big difference between having a baby in front of you who's just been born and then discovering that that child has Down's syndrome or something, that obviously no-one would want their child to have - but that's very different from discovering that through some screening.

And I think, psychologically, it's much easier to cope with if you actually have the child there in front of you, than if it's an anonymous person that you've never actually seen. And I think that there's probably been a tendency, as a result of screening to effectively undermine people with disabilities.

Because, you know, if the majority of screening is for people with disability and then the option is offered to parents, 'Do you want to go for an abortion?' You know, it's not, what's that saying to those who do have Down's syndrome or those who do have other abnormalities? I think that people need to be valued and a phrase that my wife and I have often used is that, you know, the baby God gives to us is the baby that we'll look after, and if that's the child with whatever, we'll still love and care for that child.

He feels people should be more fully informed about the purpose of screening and that it could...

He feels people should be more fully informed about the purpose of screening and that it could...

Father' I personally think that it would be far better to spend the money that's spent on screening and spend that actually on supporting parents who do have children who have whatever condition. And, in that sense, I would encourage parents to think in those terms.

Because, you know, it might just be a drop in the ocean, one person not having all these screening tests, but if a lot more people thought about it rather than just going down this bandwagon - and to be honest, I think that, you know, it is the expectation and I think that the medical profession shouldn't portray it in that way.

I think they should say, 'Look, do you realise that really the main indication for having this particular screening, this ultrasound, is to look for an abnormality? the only treatment for that (in quotes) would be a termination.' I think if people understood that more and also understood the potential worry that it can cause, you know, if there's, 'Well, there's a 50% chance that your child could have this,' and then all the weeks of worry.

Whereas, you know, I think pregnancy should be a happy time, rather than a worrying time. So I would urge parents not to be pressurised into having any screening. Obviously if heart defects or whatever are in the family, that's quite a different situation, but that's such a small, tiny fraction of those that, you know, that isn't really the indication for any screening.

Father' Most people going for a scan, I imagine, are going thinking, 'I'll come away reassured.' Those who are told that there's something wrong are going to come away just very anxious and worried.

And I can remember, for example, when as a group of 100 medical students, we all had our cholesterol level taken and the person who was giving the lecture - and then we were going to go off and have ours done and it was all part of just teaching on cholesterol levels and so on - I thought he did it very well because he said, 'Statistically, one of you in this room should have, will have a very elevated level of cholesterol.' And that brought it home that, actually, this wasn't just something you go in and swing into and swing out of, but you could come away with some serious news.

Now, obviously cholesterol screening is a completely different thing and very useful, because then you can actually do something about it. But I think if health professionals said to any mother-to-be, 'Do you realise - or if you have this it may well be - or there's a 1% chance, 2% chance, whatever the percentage is, that you'll come away very worried?' I think that ought to be said.

Although he enjoyed the 20-week scan, it was buying baby clothes that made the pregnancy seem real.

Although he enjoyed the 20-week scan, it was buying baby clothes that made the pregnancy seem real.

View topic summary
SHOW TEXT VERSION
PRINT TRANSCRIPT
The whole set up was very friendly and, you know, I felt that we didn't have to wait too long, which was nice. And it was interesting seeing the child. I mean, I suppose because I've seen a lot of scans for others, in that sense it, there wasn't the interest factor. I think it meant more for my wife than it did for me, because obviously she hadn't seen scans. She wanted to take a picture home and so on and so forth.

So that was before the birth?

Yeah, just 2 weeks before.I mean, it wasn't that I was unprepared but, emotionally, I think that was the first time it really came home.

That's interesting, because often people say, you know, the scan is the point at which it suddenly becomes real for them.

That this is actually happening and there is a real baby there.

Yeah, but I mean I've heard it said, and read that, you know, for some people it isn't until they've had the screening that they start to bond with the baby inside them, because they still have this kind of opt-out clause, which I think is very sad.