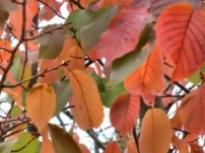 Age at interview: 62
Brief Outline: A worker from the local specialist domestic abuse service helped Penny to recognise that her partner was abusive. However, it was a message from his previous partner to ‘get out’ of the relationship that actually motivated her to leave him five years ago. She is now in a new, healthy relationship.
Background: Penny, a white British semi-retired nurse, lives alone in her privately owned home. She has no children.

Penny met her ex-partner, a ‘charming’ and initially ‘pleasant’ man, in 2002. He was always helpful and patient with her elderly father. It was two years into their eight year relationship that he started to become ‘really nasty’ when they were alone, belittling and criticising her behaviour and interactions with others. As the relationship progressed she realised that he did not contribute financially and was ‘sponging off her’. He made her feel guilty if she wasn’t spending time with him and on several occasions he raped her. Her confidence was badly affected.

Six years into the relationship she knew that she should leave him. However, with the recent death of her father and suffering from depression she felt that it would be too much of a struggle to start on her own again. Around this time she became anxious and visited her GP, as she recognised that she was drinking in excess as a reaction to the stress of her relationship. Penny felt let down when the GP didn’t listen to her and instead attributed the drinking to be the cause of her stress, rather than the relationship.

In 2009, still experiencing low mood and disturbed sleep, Penny disclosed to a different GP that she was being bullied by her partner. This GP immediately referred her to a local specialist domestic abuse service. With their understanding and encouragement, Penny started to recognise that she was experiencing domestic abuse and with time began to make a move towards leaving the relationship. During this period she also benefited from the support of her GP, who helped her to manage her depression using anti-depressants.

It was an email from her friend that contained a message from her partner’s ex-girlfriend to ‘get out’ of the relationship that finally motivated Penny to actually walk away from him. She ‘felt like a fool’, questioning how she, an intelligent woman, could have been taken in by his charm.

After leaving, Penny was harassed and stalked by her ex-partner; she changed the front-door locks. Frightened, she contacted the police to make a statement, however did not feel able to proceed and prosecute due to the emotional consequences of doing so.
Despite initially feeling unsure about starting a new relationship, Penny has met a new partner: a ‘very gentle’ and ‘lovely’ man. Her confidence has greatly improved and she no longer takes antidepressants.

Penny described her anger with herself about being taken in by her ex-partner and finding that she is now less trusting of new people.

Penny described her anger with herself about being taken in by her ex-partner and finding that she is now less trusting of new people.

Penny enjoyed one to one contact with her support worker who helped her understanding of abuse and suggested she stop responding to her partner's harassing emails.

Penny enjoyed one to one contact with her support worker who helped her understanding of abuse and suggested she stop responding to her partner's harassing emails.

I probably had quite, well I had them every fortnight to start with, probably three or four, and then every month, couple, I probably saw her six or eight times.

And that was one-to, a one-to-one?

Very. And. No, because I felt she understood and helped me move on and I was also seeing my GP at the same time, about the depression and she gave me, she started me on anti-depressants as well. So the, the pair of them together really was, was good. Because I continued to see my GP quite regularly as well, because she, she listened.

So, in terms of [Local specialist Domestic Violence and Abuse service], and you said, so, you know it was help, it was helpful …

Because she understood where I was and helped explain how I could get out of it really. Because [Name of perpetrator] used to send me emails saying, damn, I’ve deleted them all, and I’d thought I’d kept them, saying you know, everything was my fault and I really thought that it was, and you know, he, I’ve ruined everything for him and I’d ruined his life and things like that. And I used to show these to [Support worker] and, you know, she said, “Well, actually, no, you know, ignore them”. Because I’d always write back.

And she said, “No, just ignore them”. But I always used to write back. You know, just, just precipitate it all really. Just do what he wanted. Because he’d want an answer, he wanted me to feel guilty, that it was all my fault, I’d ruined everything.

Putting that blame on you.

So it took [Support worker] to say actually, just ignore them, just delete them, don’t even open them. And I couldn’t do that. I had to always look at them and reply.

Just, no, I did learn not to reply. I’d always look at them actually, but I didn’t reply in the end.

After failed attempts to disclose her situation to doctors at her practice, Penny finally found a sympathetic GP who referred her for specialist support.

After failed attempts to disclose her situation to doctors at her practice, Penny finally found a sympathetic GP who referred her for specialist support.

View topic summary
SHOW TEXT VERSION
PRINT TRANSCRIPT
So those years in the relationship, you ….

… low, I couldn’t get out of anything and I saw the GP and she was quite sort of puzzled and then I remember coming home from the appointment and then I phoned her back again and I said, “I think I should tell you that I’m actually being bullied in my relationship”.

And she said, “Oh, that’s the missing piece of the jigsaw, then. Now we can, now I know why you’re feeling like you do”. And it was then that she referred me.

Penny described the ‘final push’ to leave her abusive partner on the narrow boat they shared.

Penny described the ‘final push’ to leave her abusive partner on the narrow boat they shared.

View topic summary
SHOW TEXT VERSION
PRINT TRANSCRIPT
Because I was talking to a friend of mine in the folk world, a lady who knew [Name of perpetrator] ex.

How long into the relationship…

… three or four years I suppose.

But she, [Name of perpetrators ex-partner] was too scared to talk to me for fear that he would find out.

And then eventually when I was on the narrow boat, I got an email from the mutual friend saying, “[Name of perpetrators ex-partner] says, for God’s sake get out”. And I read this email with [Name of perpetrator] sort of hovering around and I thought, “I’ve just got to do it”. And that’s what pushed me into just walking off the narrow boat and got the bus back here. And that was that really. There’s a lot more to it than that but that’s the gist.

So in terms of the verbal abuse and when he’d kind of become really, really nasty to you when you were alone…