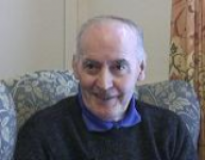 This man had his stroke at the age of 74 immediately following a triple bypass operation on his heart he is now 80. The stroke was caused by a clot that prevented the flow of blood to the left hand side of his brain. He takes aspirin and dipridamole to prevent further clots perindropril to control his blood pressure and simvastatin to reduce cholesterol.

His stroke caused weakness in his right arm and leg. He had some physiotherapy in the local cottage hospital and was able to get back to walking. He has also had problems with his speech because he had some weakness of his facial muscles. He was given speech therapy in the hospital but felt that they were not very sympathetic or patient when they could not understand him. His speech has now improved but he would have liked more help at the time.

He has noticed that he has become much more emotional since the stroke and found he cries at unusual things. He was not aware that this is a normal thing that happens to some people after a stroke.

He recently moved to a care home because he realised that his wife could no longer cope with looking after him particularly if he fell. The care home is close enough for his wife to visit and he feels that it is a good substitute for home.

His catheter sometimes leaks overnight. He worried that the carers in the home would get fed up...

His catheter sometimes leaks overnight. He worried that the carers in the home would get fed up...

View topic summary
SHOW TEXT VERSION
PRINT TRANSCRIPT
Can you tell me about the catheter now? Do you mind talking about that?

Aye, oh, it's OK. But it didn't always work because often the bed's damp after a wee while and' I say to the nurses the other day I said, 'Are you not getting fed up with me here?', they said, 'We don't get fed up' [laughs] 'That's what we are paid for' so that was OK cos you, you feel guilty about wetting the bed and things like that but it wasn't my fault really because it was the way that the catheter was on, I think. It was because once I had a long tube on it to take the water, the tank sits on the floor, to let you understand, so you have a length'

And were you worried it was leaking?

I was worried I was leaking before sometimes. It went into the long tube and that's what got me you see. Anyway, it was the way, maybe I was lying on the top of it, I don't know but, the tube, you know, that wasn't too good but that's what I think. I think, I think maybe I was squeezing the tube and it couldn't get through, ken. Anyway, we'll forget about that I think.

He was surprised when he cried during a Christmas carol even though there was nothing to cry...

He was surprised when he cried during a Christmas carol even though there was nothing to cry...

View topic summary
SHOW TEXT VERSION
PRINT TRANSCRIPT
So you were saying about how the stroke's affected you emotionally?

Well'I was' one time I was at a Christmas meeting where the minister was singing songs and'he came out with a song, song that I couldn't just bear for him to sing it. And you know what it was? It was' I can't mind what it was now that, that one with' I can't just think what it was.

How did it make you feel when he was singing it?

I just told him stop because I couldn't listen any longer and it was nothing wrong there 'Oh' he said, 'You're not the only one that happens to'. 'But', I said, 'Well', I said, 'You can go, you can go ahead now and I'll try and have a cry'. But I actually cried. And he was singing this song anyway but I just couldn't bear it. And it really was' it wasn't nothing to cry about either but I couldn't help it.

Do you find that with other things that, that suddenly upset you for no reason?

Oh yes. There was other things and it would start the same way likely but it has, I was at a wedding once and it was the same thing there. They started and I just, I couldn't do nothing about it.

Do you understand that that's part of having a stroke?

Aye. That maybe came with the stroke, you see.

Has anybody explained that to you?

He realised that his wife could no longer lift him if he fell so he decided it would be better...

He realised that his wife could no longer lift him if he fell so he decided it would be better...

View topic summary
SHOW TEXT VERSION
PRINT TRANSCRIPT
Do you mind talking again about the time that you and your wife decided it was better for you to come into the nursing home?

Well, it's, it's OK, go, go ahead with that but anyway' it was, it was me that decided in a way because I was watching her and she was getting thinner and thin every day and then she was worried about no being able to lift me and' decided, ken, this can't go on' She says, she said, 'I, my back might go when I'm lifting you' which was, could true enough. I said, I said, 'Well', I said, 'You've been bothered with your back for ages'. She said, 'Aye' but anyway' that was alright and, and she said, 'Well, I'll tell the doctor' and it was him that actually got me here. [My GP]. He said, 'I'll, I'll look for a place for you' and this is the place he got.

He felt the speech therapists gave up on him because they couldn't make out what he was saying...

He felt the speech therapists gave up on him because they couldn't make out what he was saying...

View topic summary
SHOW TEXT VERSION
PRINT TRANSCRIPT
With the speech therapy, did they get you to practise saying things?

But what happened at the time?

They couldn't, they couldn't make us out what I was saying, so that was, that was just thrown aside.

You couldn't make them understand what you wanted?

And was that difficult? How did that make you feel?

It made us feel rotten all together. I couldn't get, do nothing about it really.

Was that generally with health professionals or was it just the speech therapists?

It was the speech therapist. Aye.