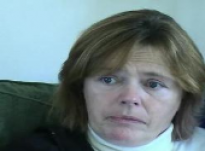 A woman with chronic pain was concerned that she may become addicted to her medication, but...

A woman with chronic pain was concerned that she may become addicted to her medication, but...

View topic summary
SHOW TEXT VERSION
EMBED CODE
PRINT TRANSCRIPT
How do you find talking to your GP about your pain?
He's terrific. He's absolutely terrific, you know like. He'll just listen and he always tries to do something, you know, because, I mean, I know if you're on long-term painkillers obviously you have to watch out for things like addiction or dependency. But my GP has explained that, for people who are in pain, if they're on narcotic drugs, normally you do become dependent on them, but it doesn't mean to say that you're addicted and that when the pain goes away, if they fix the pain somehow, that you can come off these drugs obviously in a tapered fashion, but it's not a huge problem and it's more important to treat the pain than to worry about, you know, that sort of situation.
In fact, he said to me that some patients who are labelled as drug seekers are actually people in pain who are under-medicated and of course they're going to be drug seekers, because they're in pain and they haven't been treated properly, you know. Obviously, you do get the people, you know, who do want to abuse drugs, but that's a different kettle of fish altogether really.
Previous Page
Next Page