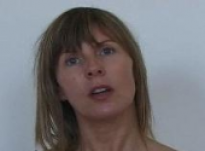 Brief Outline: For DTaP/IPV/Hib' Followed recommendations of health professionals. For MMR' Took advice from her son's Paediatrician. Information from a television documentary had an influence. Discussion with other mums of premature babies helped her to make a decision.
Background: At time of interview' married, one son, aged 2 years. Born premature at 26 weeks. Parent's occupation' Mother- Textile Designer, Father- Carpenter. Ethnic background' White-British.

A woman whose child had been under the care of a paediatrician trusted his unhesitating advice to...

A woman whose child had been under the care of a paediatrician trusted his unhesitating advice to...

View topic summary
SHOW TEXT VERSION
EMBED CODE
PRINT TRANSCRIPT
He was someone, I, with [my son] being premature I saw a consultant, when he first came out of hospital, every two months, then every four months, then every six months. So a doctor that had worked with [my son] in hospital, so someone that knew me and knew [my son]. And I knew he had kids. And he didn't think twice in saying, “Get it done”.
Did you ask him if he'd done that with his own children?
Yes, yes.
Did that make a difference?
It made a difference to me. I just talked to not lots of doctors, but I just thought, “He's a really smart guy” you know. I mean he's a consultant for premature babies, he's so smart. I just don't believe in my heart that doctors would give you that information if for one minute they thought it would cause a problem. And I do believe that. I mean he's a very smart guy. And I think if he believed that maybe there are problems he would just say, “It's your choice. I can't say”. But he did actually really promote it and said, “It's really important that he gets it”. I mean it was still ultimately my choice, but I felt like he, you know, he's a smart guy, he works in the field, he works with babies all the time and I'm sure he sees the problems of not immunising children.
Previous Page
Next Page