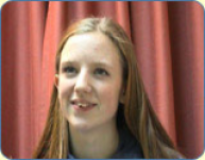 Feels sorry for teenage mothers and thinks that the government and schools should do something. ...

Feels sorry for teenage mothers and thinks that the government and schools should do something. ...

What are your views about teenagers having children?

I feel really sorry for them, I mean obviously if it happens, you happen to fall pregnant and you're a teenager it's a very difficult decision to make, one of my friends didn't know until she was five months pregnant, and by that time obviously you can't make the decision, and a lot of people of that age might not realise that they're pregnant or might not want to have an abortion or whatever.

So I thought it's got to be quite difficult, and to have to bring up a child whilst you're still a child yourself, is got to be really hard. I mean I wouldn't want to do it, but I think that there's got to be questions asked about why they're pregnant in the first place and I think that's something that the Government or the schools really should answer, why so many people are getting pregnant at such a young age and why they're not doing anything to prevent it, these pregnancies are ruining young people's lives basically.

Talks about how much she regrets having sex at a young age. (Actor)

Talks about how much she regrets having sex at a young age. (Actor)

Regarding your own experience of having sex at thirteen, I mean do you have any regrets or do you think it was'? Tell me about it.

Well I'd been with my boyfriend, not that long actually and he was a very bad influence on me, a really bad influence. I was a really good girl until I met him, did everything I was told, was really respectful to my parents.

As soon as I got with him, all that went downhill and I was drinking at thirteen, started smoking and everything and he was persuading me and persuading me to have sex with him and eventually I kind of, gave in basically.

I couldn't be dealing with his hassling any more so I had sex with him and a week later he had sex with my best friend and we broke up, we got back together in the end but not for long I don't know, and then afterwards I met somebody else who I got on really well with, who I really liked and I just felt really embarrassed that I'd had sex with somebody else because I didn't get with my next proper boyfriend for a long time afterwards.

It's quite embarrassing and now if people go out and say 'oh I've got friends who are still virgins' who are eighteen, and they go 'oh it's so embarrassing, I'm still a virgin' and I think I'd be so proud if I still was at eighteen, and then people go 'how old were you when you first had sex' which is really embarrassing, and I always lie to my friends, most of my friends think I was sixteen when I first had sex because I'm embarrassed about it and I mean I'm not in touch with him anymore, I can't stand that bloke anymore, I really don't like him at all.

So, it seems to me that he put pressure on you?

Yeah, which is what we have to teach kids in 'A Pause' not to accept that kind of pressure and from first hand knowledge it is, and you do regret it afterwards. I've got one friend who lost her virginity when she was fourteen and she hasn't got any regrets about it at all but I was quite young I think and I don't think I was mentally ready for it or physically ready for it really at thirteen, and then obviously anything could have happened.

I started my periods when I was nine so I could have quite easily have got pregnant at thirteen. I didn't realise that obviously, but as I've got older I've realised that it was really quite risky to be having sex with somebody else, quite a lot older than me as well - he was eighteen, and that's a big difference when you're only thirteen and you know it's kinda like somebody to look up to, because he had a really nice job and had a nice car and obviously wasn't properly mentally with it, otherwise he would have gone out with someone his own age I suppose.

But yeah, I really regret it because I just wasn't ready for it at all and I realise that now, at the time I thought I was a bit cool kind of thing because I had this secret that no one else knew but now I just think it was one of the biggest mistakes of my life, it was really awful.

Was there curiosity or just...?

Not really, to be honest at thirteen I was more interested in, I was more interested in school, in my school work - although that went downhill when I was with him. Things that kids do, looking after my little sister or going round my Nan's for dinner, that kind of thing - the thought of sex hadn't even crossed my mind, and then I didn't really even know what he was on about at first.

And I think schools, junior schools, I think had the talk in Year 6, I would have been about eleven, but by then I'd had periods for two years and my parents were kind of leaving it to the school to do and the school didn't see anybody, to tell anybody anyone younger than that kind of age ten/eleven, because most people don't start their periods that young, its really embarrassing, I don't suppose, I don't really know, so I didn't know anything about it at all.

What was your mum's response when you told her?

I think that my mum came into the bathroom and she said 'what are you on about' and she saw blood in my underwear and she went through to my nan's living room and said 'right, wait there I'll be back in a minute', and went through to my Nan's living room and got a sanitary towel out of her handbag, she just came in and said 'right, put this in your underwear I need to go and talk to your Nan' and took my Nan into the kitchen.

And that terrified me because I thought oh my God, I'm dying, do you know what I mean, because they're having a serious talk and the door is closed and I'm not allowed in, and so when I went back in my mum said that, she sat me down and explained what a period was and why I was having it and that it means that I'm a real women now and that I've got to grow up, I've got to act grown up at nine years old.
Previous Page
Next Page