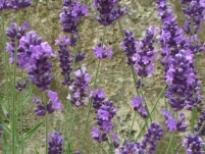 Age at interview: 62
Brief Outline: Mary’s son has been self-harming (minor cuts and scratches) for several years. The cutting became worse after he started university, and he now lives at home. He still cuts himself intermittently and threatens suicide. Mary accepts the cutting as something he needs to do
Background: Mary, 62, is married with one son aged 23 years. She works as a part-time writer and tutor. Ethnic background: White British.

Mary thinks her son had been self-harming in a mild way for some years, starting with twanging himself with elastic bands. This escalated to cutting, which became worse when he went to university, and after a year he returned home to live with his parents. He does not cut himself so much now, but reverts to the behaviour when there is a crisis. The cutting is fairly mild scratching; Mary sees it as a coping strategy and tries to sympathise but remain relatively calm and concentrate on making sure her son keeps his knife clean.

Initially Mary was horrified and very distressed by her son’s cutting, but now she just feels really sad and sometimes impatient. She says when he cuts in a very obvious place it feels a bit like blackmail. She was concerned about scarring, but his skin heals easily so she has learnt to be relatively calm about it. Mary is much more worried that her son might kill himself. She says he obsesses about suicide and she has spent hours talking him down. He doesn’t like pain, so Mary and her husband try to convince him of the damage which can be caused by a suicide attempt which does not result in death. Mary doesn’t know how you can tell if someone is serious about killing themselves.

Mary worked part-time while caring for her mother for many years, and was looking forward to time for herself and her husband once their son had gone to university, so she sometimes feels angry and resentful that her son’s needs are dominating her life. She has spent the last four years dealing with this, and finds it very tiring.

There is a history of depression in several family members, so Mary thinks her son’s problems may have a strong genetic element.

Mary’s son has been reluctant to trust mental health professionals after an experience at university when he was put on a locked psychiatric ward under section. He completed a ten week CBT course, which Mary says wasn’t enough, and is on medication though he doesn’t respond to antidepressants. He had an unhappy experience with the complex needs service where he felt there was a betrayal of trust. Mary thinks that her son would have benefitted from intensive psychological treatment when his problems began, instead of a progression through the cheapest options. Mary says that although the mental health services have given them help and support, this takes the form of lots of assessment with very little actual treatment, and no advice on what to do about the self-harm, which is treated as just another symptom, or on how to discourage suicide. When Mary asked what she should do, she was told that if someone is going to kill themselves there’s nothing you can do to stop them.

Mary would have liked a group she could attend to learn techniques for handling distressed people. She has now discovered Rethink, a charity which runs courses like this, and has provided a volunteer mentor who visits their son once a week. The charity Mind has been helpful in providing information about benefits available for carers. It also runs local recreational classes which their son might attend. She has not used the internet to search for items on self-harm, but has picked up information from the radio and television. She would have liked a leaflet explaining how common self harm is, what you need to worry about and what you don’t, with advice on hygiene and avoiding infections.

Mary and her husband have supportive friends and neighbours, with whom they can talk about their son’s troubles. Mary thinks it is important not to stigmatise mental illness by keeping it secret. She was helped to get her son’s self-harming into perspective when she confided in a neighbour whose daughter had serious mental health problems. The neighbour approached this in a very practical way and acknowledged that there is little that parents can do to stop their children self-harming. Mary sees self-harming as a continuum from behaviours like biting one’s lip in frustration or anger, and deferring pain by pinching oneself.

Mary is resolutely optimistic about the future. Her son is one of those very intelligent people who are rather immature emotionally and find the transition to independent adulthood difficult. He is now cutting himself much less frequently, and she hopes that he will eventually grow out of it.

Mary’s message to clinicians is not to dismiss self-harm, but to give practical advice and reassurance to families who have to deal with it. She advises parents not to panic, especially if the self-harm is to relieve tension and not causing serious physical damage, but to continue talking to their child and reassuring them. ‘Keep calm and carry on”.

Mary suggested that her son’s self-harming could be seen as part of everyday life, not something to get too upset about.

Mary suggested that her son’s self-harming could be seen as part of everyday life, not something to get too upset about.

View topic summary
SHOW TEXT VERSION
PRINT TRANSCRIPT
And thinking more about it, I’ve sort of come to the conclusion it’s part of our culture, to some extent, in that we take for granted, at least in books, people biting their lip in frustration or anger or as a way of deferring pain from another part of the body or pinching yourself. And I thought, well, you know, maybe this is just a continuum.

And, and, actually, is part of everyday life and that we should just learn to see it as something he does when he’s upset. If it helps him, then perhaps it’s not something to get too upset about and we just make a point of reminding him to keep the knife clean.

Mary spent many hours trying to convince her son not to kill himself.

Mary spent many hours trying to convince her son not to kill himself.

View topic summary
SHOW TEXT VERSION
PRINT TRANSCRIPT
Yes and are you worried that he might do something more dangerous?

I am worried about the suicide, yes. He obsesses about the need to kill himself. He goes, well, he says he doesn’t talk to me about it too often but, actually, he does. He keeps saying there’s no alternative. I’ve spent so many hours in the last couple of years talking him down, saying, “You don’t really want to and it wouldn’t be fair on us.” I’m ruthless in using moral blackmail because, if it stops him, what’s far more upsetting than self-harming is sort of standing with your arms crossed, leaning against the front door, saying, “You’re not going out to kill yourself. You don’t really want to do it.” “Yes, I do.” And that is, again, it’s one of these things, you vacillate between thinking, “Ah, not again. This is so boring.” And, at the same time, you’re terrified and I don’t think it’s occurred to him to do anything physically more serious. He doesn’t like being hurt. The initial pain of the shallow scratches act as a catharsis.

But he doesn’t like pain. He admits he’s afraid of pain. We have worked very hard to try and convince him that, if he tries to commit suicide, he’s likely to end up damaging himself but not killing himself and he goes through different phases of how he’s going to do it and he was sort of talking about jumping off a bridge, at one time. And I would sort of say, “Well, you realise that the most likely thing to happen is you’ll end up in a wheelchair.” [Laughs]. Completely ruthless but anything to try and stop him. But again, I still don’t know how serious he is about whether he’s going to. I don’t see how you can tell.

Mary doesn’t think her son has trusted anyone since being compulsorily admitted. She says he is terrified of being put back on a locked ward.

Mary doesn’t think her son has trusted anyone since being compulsorily admitted. She says he is terrified of being put back on a locked ward.

View topic summary
SHOW TEXT VERSION
PRINT TRANSCRIPT
And can you say a bit about your experience of professional help so how did it first start and what sort of things have you had and what have you felt about it?

I think there have been quite a lot of problems. My son is a bright lad and he can argue the hind leg off a donkey. It is very, very difficult to interact with him and get the results you want, let’s put it that way. He’s had he had very unfortunate experiences at university because he went to the university counsellor and said he was having difficulty coping and at about the third session he had with him, he mentioned his suicidal ideation and the counsellor just freaked out and called in the local mental health team and because my son who, is also very literal minded, he was asked to promise not to kill himself and said, quite reasonably, “How can I promise that? I cannot give my word never to kill myself.” And they sectioned him and he was put in an ambulance and driven sixty miles away, because there wasn’t a place locally for him. He didn’t know where he was. He suffers terribly from car sickness and ended up on a locked ward and was, not surprisingly, totally freaked out.

And I don’t think he’s trusted anybody since. He was simply released into our custody and, in fact, after a week, went back to university because all the other professionals were sort of saying, “Well, you know, he just needs to get some treatment.” And he’s not been wildly cooperative ever since because he hasn’t, just hasn’t, he’s terrified of being put back on a locked ward.

Mary hopes that her son will eventually grow out of his difficulties.

Mary hopes that her son will eventually grow out of his difficulties.

View topic summary
SHOW TEXT VERSION
PRINT TRANSCRIPT
And how do you see the future then?

I’m resolutely optimistic. He’s still young. He’s still got a lot of growing up to do. He is emotionally very immature. He’s one of these children who was always very mature in some ways as a child and never actually saw himself as a child, I don’t think. And I know a lot of children like this. They’re the bright ones, the very able ones, who identify at school with the teachers rather than the other children, and that is sort of counter balanced so often by a kind of immaturity that probably comes from not learning to ruck along with your cohort and be one of the lads, as it were. And they can find it very difficult actually making that transition to independent adulthood. So I’m hoping very much that he will, eventually, grow out of it. Just as, getting back to the cutting, he’s not doing it anything like as much as he was.

It’s now only as a sort of, not as a last resort but, “I’m really upset. I’m really tense. I’m really angry. What am I going to do? Oh yes, I remember, I can cut myself.” Whereas before it was a daily occurrence and now, I don’t think, though I may be missing stuff, it’s even a monthly one.