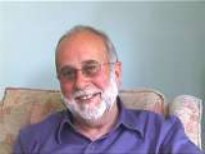 Age at interview: 60
Brief Outline: Having had testicular cancer he wondered if he might be susceptible to prostate cancer and so asked for a PSA test. His PSA was slightly raised, so he was referred to a specialist. A biopsy showed prostate cancer. He is now waiting to have a radical prostatectomy.
Background: Occupation' Builder. Marital status' married. Number of children' 2. Ethnic background' White British.

He worried about prostate cancer because he had had testicular cancer in the past.

He worried about prostate cancer because he had had testicular cancer in the past.

View topic summary
SHOW TEXT VERSION
PRINT TRANSCRIPT
Well basically it starts 10 years ago I had testicular cancer and I suppose ever since then I've had it in the back of my mind that I've thought that there might be a problem. You tend to push it to the back of your mind as much as you can but it's always been there. And now I've just been signed off with the testicular cancer, that's all clear, and then my brother had a heart attack, who is somewhat older than me, he's about 15 years older than me. I'm coming up 60 and I thought I must have the MOT now to see how things are going. So I went and had the MOT at the surgery and asked, while I was there, for the PSA test, which they did, and from then they first of all picked up that I had a high PSA count, so I had to go and have the biopsy. They took the biopsy and they couldn't find anything with that test at all so we waited 3 months and I took, they took another blood test for the PSA and that one showed that it was slightly higher so I had to have another PSA test then which they did actually find some. Basically that's, that's it really as far as we've got to date. Now I have to have the, the operation.

They did another biopsy?

That's right yes and well that's it as far as we've got really and that is, that is the whole story.

Had biopsies on two different occasions. He describes how they were done and what they were like.

Had biopsies on two different occasions. He describes how they were done and what they were like.

View topic summary
SHOW TEXT VERSION
PRINT TRANSCRIPT
The, the biopsy, the first time I had it I didn't find it, it's a little uncomfortable, a little bit invasive, but I didn't find it too bad. I couldn't say it was painful, it's just something again that you're not used to, but the second time was a little more painful, probably because I knew what was coming and with the first biopsy I had they couldn't find any problem, but the second biopsy obviously they were, there was a problem there, and they had to perhaps, or in my terms dig a little deeper to find what it was so that was a little more uncomfortable. But I can't say it was really painful. I think a lot of it is actually in your head that someone is doing something that you don't know about, you've never had done before.

And the biopsy is done through the back passage?

Can you explain what you're asked to do or?

And then the ultrasound could you say a little bit about that?

So you just feel a sharp prick or something?

That's it yeah, yeah basically that's it. The ultrasound is not a problem, but the actual biopsy thing I had twelve taken each time so I did find it, the first 6 or 7 not too bad but after that you were I suppose tensing yourself up knowing what's coming and I did find not the first time, not the first biopsy, but the second biopsy I did find a little, a little painful.