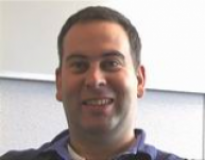 They felt strongly that adoption could be a good option for them, and might consider it again in...

They felt strongly that adoption could be a good option for them, and might consider it again in...

View topic summary
SHOW TEXT VERSION
PRINT TRANSCRIPT
So we both took a fairly positive approach to adoption from the beginning. Something, something I'd always thought we might do once we'd had our own anyway and I think [wife] had as well. We hadn't talked about it hugely before we got to this stage. There were a few times when it, there was certainly some concerns at one level about not having a biological child. In some ways less for me I think than, less thinking about it for myself, I was thinking about it from my parents' point of view. How would they feel about not having biological grandchildren? Which is silly really, because in many ways it is nothing to do with them. But there were times when I felt a bit concerned about it and a bit, [hesitate] and other times when I felt fine about it. We both feel very strongly there is a very strong case for adoption. There are so many children who don't get adopted and neither of us were in any way hung up on having a, a little two-day-old white baby to fit in our family which is the old way of thinking of adoption it seems. Taking children from troubled backgrounds or a pair of children or whatever, was something we were very happy to consider. And in some ways when we discovered we were pregnant it was 'Oh dear, well it's not something we are going to be able to do for a while' because they, the adoption agencies tend to like you to have a bit of a gap between having your own child and then adopting children. So I think it is something we still might do. I wouldn't be at all surprised if we end up adopting a child or children at some point in the future.

They could hardly believe the pregnancy test was positive and had to repeat it. He was so happy...

They could hardly believe the pregnancy test was positive and had to repeat it. He was so happy...

View topic summary
SHOW TEXT VERSION
PRINT TRANSCRIPT
We discovered, discovered that, that my partner was pregnant after an England game. I can't for the life of me remember who we beat now which is embarrassing but it was in the Euro, it was in the Euro Cup. And we, the, the game finished. We were very happy and she said, 'You know I have, I, I think I'm going to take a pregnancy test'. I said, 'OK, if you want to take a pregnancy test. That's fine but any particular reason?' 'No, no I'm just a few days late but that doesn't really mean anything because' - her cycles had been all over the place. Anything from thirty two days to sixty four days on, on the things she was taking, so hey, fine. So she peed on a stick and I timed it.

We waited a bit and it said, it was a, one we hadn't tried before, this particular make of stick, pregnancy test and it said on there, you've got to go, make sure it goes across both windows and once the colour fades from the second window, if there is any dot at all then you are definitely pregnant. And we saw that the colour go across the second one but I thought it will be like all the others because we've done this quite a few times in the past. We got to the stage of making sure we had two sticks in all the time in case we decided to do a test and we didn't trust the first one. So we got, not obsessed about it but we had them in. So we'd done it a number of times and the thing came out and it began. The colour began to fade away. And I said, 'Oh, there's, isn't there, no, no surely not. No, no, no it can't be.'

I went back into the bedroom from the bathroom. Had a look at it under the light, 'You know, you know I think there is a bit. No, no it can't be right. Put it in the bin'. 'You know I think when you took it out, I think there really is a'. It was we did this for ages and I have to say the England game paled into insignificance. I mean England, very important winning a game but really compared to, to this it, it was nothing. And that was really difficult was, because we, having decided that it was true. We looked at it in the morning. It was still there, so ok, fine. We had of course the second stick in. So did that and that was very clear. There was no question about that and we were just grinning to ourselves. And I'm trying to think maybe England even lost. The, the problem, they'd lost. That's what it was. We were depressed about it and she peed on a stick and it was, that's right. So I can't even remember the story right. Went in the next day to work and had to pretend I was really down, really sad. That's what it was, because England lost so I had to pretend I was really sad and it was impossible. I just kept smiling to myself. I had to, to, to keep smiling and pretend nothing else mattered than the England game but. So, yes. I can't even remember the football. It's the, it's been, it was that good news.

He is really looking forward to being a dad and playing with the baby.

He is really looking forward to being a dad and playing with the baby.

View topic summary
SHOW TEXT VERSION
PRINT TRANSCRIPT
One of the things that I am looking forward to most about being a dad, being a father, fatherhood I suppose is taking the baby for a walk in the countryside. Not necessarily walking but having the baby on my back or on my front and walking with the dog, just out, me, the child and the dog. And my partner hopefully at home having a sleep or, yeah probably just having a sleep, maybe a bath and a sleep, usually sleeping - if she is anything like as tired as she is now when she's actually had the baby, that would be a lot of sleeping. So that's a, an image that I can hold on to. It seems quite real to me. Looking down on a sleeping child and smelling a sleeping child are things that are fantastic things and I look forward to very much. And seeing, seeing a child just feeding, just breast-feeding is a beautiful thing, I think, and to know that's my child and my partner's is something that I'm really looking forward to very much indeed.

Obviously teaching my child to do all the sad things that I enjoy doing as they grow older. I don't know, playing computer games or, obviously looking forward to getting Scalectrix. Never really had Scalextric as a child and I think it's very important that I should, whether it's a boy or a girl playing Scalextric. This growing and learning to play and finding out what that child likes. Telling stories, I like telling stories and that will be fun.

It is important for him to reassure his wife that she is definitely still attractive.

It is important for him to reassure his wife that she is definitely still attractive.

View topic summary
SHOW TEXT VERSION
PRINT TRANSCRIPT
One thing I never expected how quickly she would get enormous. It depends on the, on the woman but watching her changing and trying to comfort her and let her realise that it's fine. I think that's something that she didn't necessarily expect. I think she knew she was going to be pregnant, she knew her body was going to change, but I don't think she knew how she was going to react to that. I think that's something that I feel is very important as part of my role to let her know that A) it's natural, B) she is, she looks well, she looks happy, she is healthy, and that she is still attractive. She is definitely still attractive and that's an important part of, of my role I think to do that.