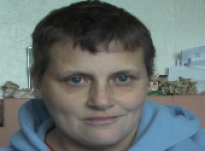 Age at interview: 45
Brief Outline: Sue had her first liver transplant in 1995, aged 29. This rejected about ten years later. In 2006, she had a second liver transplant, aged 41. Sue leads a busy, active life and advises others to make the most of life.
Background: Sue is married. Ethnic background / nationality' White British.

Until the age of 29, Sue was fit, well and healthy. At 29, she went on holiday to the seaside. There, she ate some seafood and became unwell, yellow and developed a rash. She visited her GP, who thought she had eczema and prescribed her some cream.

Two weeks later, Sue went back to see her GP because she had not improved in any way. She later saw a locum doctor, who told her she had liver failure.

At hospital, Sue was also told that she had only months to live. Tests showed that she’d got hepatitis A and B. Hepatitis occurs when there is inflammation (swelling) of the liver, often caused by a virus. She was transferred to a specialist hospital and assessed for a liver transplant. Sue said she was given very little information about liver transplants at that time. She became increasingly ill and was soon too weak to walk. She had her first liver transplant in 1995, aged 29.

After surgery, the new liver started rejecting and Sue was given medication to stop the rejection. She spent eight months in hospital. When she was well enough to be discharged, she bought a computer and learnt more about liver transplants on the internet.

A month after being discharged, Sue caught a virus and went back into hospital for another two months. There, she met someone who told her about the Transplant Games. She applied to take part and, in 1996, won four medals.

Since her transplant, Sue said she has been back to hospital several times for different problems, including pneumonia and lung disease. In 2005, her liver started rejecting and this was a difficult and depressing time. Sue felt that, this time, she was unlikely to survive and had some counselling to help her through her depression.

In 2006, Sue was admitted into hospital again and assessed for a second liver transplant. She was placed on the transplant waiting list and told that, without a transplant, she could have only three months to live. During this time, she became increasingly weak, yellow and found it hard to eat.

In August 2006, Sue had her second liver transplant and, three weeks later, was discharged from hospital. She recovered well but, in 2008, developed pleurisy of the lung, for which she had surgery. Pleurisy is inflammation of the pleura, the double-layered membrane (covering) that surrounds the lungs.

Sue said her first donor was a 42-year-old male who died of a brain tumour. Her second donor was a woman who had died in a road traffic accident. She wrote to both the donor families and contacts them annually around Christmas. She is very grateful to them and said that, without the transplants, she would not be alive today.

Sue wondered how she had got liver disease in the first place as she had never drunk alcohol. She felt that her lungs were no longer as strong as before and that her kidney function had been affected by the anti-rejection medications. However, she urged people to get on with life and enjoy it as much as possible, as she did herself.

A week after being admitted to hospital, Sue was drifting in and out of consciousness. She...

I settled down into a ward, still didn’t know there was anything wrong with my liver, just wondered why I was turning yellow and being sick all the time. Couldn’t keep my food down.

So then this lady [nurse] came round to the bed and she said that I’d been sent in here to find out who was having a liver transplant. So I looked at her and I said, “Well it ain’t me. There’s nothing wrong with my liver and I’ll be going home soon.”

Well within the next day the lady still returned. Kept looking at me and saying, “Well you’re going to have a, you’re having a liver transplant.” So I kept replying to her, “No I’m not, there’s nothing wrong with my liver. Go away.” So she went away.

About a week after I was in [hospital name] and I was going in and out of consciousness, and I was swelling up. I swelled up like the Michelin man. And I couldn’t even walk or talk or do anything except lay in bed and get, and just rest.
I was going in and out of consciousness. And then two days later this doctor come round to see me and he said I needed a liver transplant. I told him I didn’t want one. But he said I would have to have one because I had thirteen hours to live. So then it was a bit of a shock.

After her liver transplant, Sue took part in the British Transplant Games. She won two silvers,...

I’m not allowed to run at all to be honest. But I run for the odd bus or so, or when I catch one, but I don’t do a lot of running. I do high jump, long jump, ten pin bowling and discus at the Transplant Games this year in Bath. And I won two silvers and two golds (which are …) They’re a bit tangled. Two silvers and two golds [shows medals].

I’ve never done discus before in my life, not even when I was in school, but I used to do high jump. I like high jump and I always done long jump at school. And I don’t, I enjoy long jump because I like to get the sand in me, it makes me remind me of being at the beach. Also for taking part, I had this blue glass thing, a paperweight I think it is [shows paperweight].

Sue has been in and out of hospital since her liver transplant. She has problems with her lungs...

I have been back and forward to the hospital many times with pneumonia, lung disease and everything else, because I’ve had everything wrong with me. Because I’ve got no immune system. But my best is to say, “Don’t wallow. Just get on with it.”

My lungs don’t work anymore and also I’ve just found out that my kidneys are going. They haven’t worked for, since I had my first liver transplant, because I couldn’t wee. But they did improve a bit but they don’t now. But, at the moment, they’re not working at all. So I’m under the [name of] kidney unit in [hospital name]. But I just want to say, if you’re waiting for a transplant, don’t worry about it, you’ll be alright. And don’t wallow, just get on with life. That’s what I always say to people.

Sues liver rejected over ten years after her transplant. She had a second liver transplant in...

In 2006, in 2005 sorry, my liver was rejecting. I didn’t know at the time and I thought, “Oh here we go, I’m going to die.” Because I didn’t really want to die because I was enjoying life so much. So in 2006 in, in July, I went into the [hospital name] to be assessed for a second liver transplant. And they told me that I would be having one.

I felt fine the second time. I weren’t nervous at all. In fact I wanted to go out and take the dogs out straightaway. But I’m not allowed out because I had to wrap up warm. And then about a week later I’d got in the car and drove it.

So for someone who’s just come out of hospital after a liver transplant, is there any message or advice you would give?

After a liver transplant, you’ve just got a normal life and you’ve got to carry on with it. And don’t look back because you’ll be alright. I’ve seen plenty of people not survive, but if you put your mind to it, you will.

Sue heard from her first donor family. Her donor had supported Liverpool Football Club and the...

On my first liver transplant, I had a letter from the people who donated the liver. It was a man. He was 42-years-old out walking his dog, and he died of a brain tumour. He was a Liverpool supporter and he was a season ticket holder. So they wrote me a letter to say could I carry on supporting Liverpool in his memory.

Somehow, it got to Liverpool Football Club, and I was in a magazine that they give, a programmes magazine saying that I would carry on supporting Liverpool for the rest of my life because I had this man’s liver and he was a season ticket holder.

So I did carry on supporting Liverpool right up to my second liver transplant. And I wrote back letters to the first liver person. I still do now every Christmas because, if it weren’t for them, I wouldn’t be here today. Because they were, I was 29 when I had my first liver.

My second liver, I wrote to the lady, or the family of the lady. She died in a RTA [road traffic accident]. So she was killed right out. So I’m thankful to having her liver. I do write to them but I haven’t heard a reply yet. But I know they get the letters because [hospital name] always tell me they do. So now, every Christmas, I write to two families because if it weren’t for them both, I wouldn’t be here today.