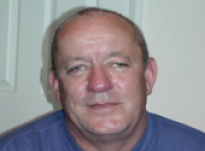 Age at interview: 52
Brief Outline: Haydn's son, Will, had depression and sadly died of a drug overdose in 2006, aged 18. Haydn and his daughter, Will's sister, would have liked more information about the recipients of Will's organs, but only heard about the welfare of two of them.
Background: Haydn is a caretaker. He is divorced and has an adult daughter. Ethnic background / nationality' White British.

Haydn’s son, Will [William], sadly died of a drug overdose in 2006, aged 18. A week before Will’s death, Haydn spent several hours persuading him over the phone to take his medication for depression. A few days after this call, Will admitted himself into hospital, knowing he was at risk. Several days later, Haydn received a call telling him that Will had been admitted to intensive care.

Haydn lived some distance from his son and travelled immediately to be by his bedside. Haydn was Will’s next of kin and was divorced from Will’s mother. He managed to contact her via the police so she would know that Will was in intensive care. Sadly, Will died in ICU because of a fatal concoction of prescribed and illegal drugs.

Haydn had been in favour of organ donation for a long time and had a donor card. He and Will’s mother agreed to consent to organ donation. Haydn said that, after Will’s death, he heard about the welfare of only two of the recipients. The first specialist nurse [donor co-ordinator] had been supportive and helpful but, after she left, her replacement did not update him about any of the other recipients. Haydn was disappointed about this and both he and his daughter, Will’s sister, would have liked more information about the recipients’ welfare. She would like to meet the recipients but they do not have any information about them.

Haydn said his daughter gained some support from counselling after Will’s death but Haydn was never offered any such support. He kept himself busy with Will’s inquest, the death of his own sister afterwards, and is only now facing the loss of his son. He received some support from friends and advises others, with hindsight, to talk as much as possible to other people. Haydn was on sick leave at the time of interview and said the stress of losing Will had affected his health. He continues to promote organ donation and advises health professionals to talk to donor families and listen to their experiences.

Doctors told Haydn that William faced three options: he could be severely brain damaged, he could...

On the Thursday evening then I was at, invited into a meeting with the doctors to discuss Will’s present state of health. We decided between us that on the Friday morning he would come out of sedation. And that the following twenty four to forty eight hours were the critical time.

And there were three options' Will could either be severely brain damaged; he could come out unscathed, or he could die. Those were the three, you know, stark as that sort of thing. Because I’d asked them, “don’t bandy your words, just say it as it is.” And I’ve always been that type of person. So, in fairness, the doctors weren’t holding anything back. But they were more hopeful or they certainly appeared more hopeful.

On the Friday morning then we went to start to take Will off sedation, so that started at 8 o’clock Friday morning. So within twelve hours Will would finally come round. And so we were looking at sort of eleven and a half, twelve hours so…. Will would have probably started to come around about half seven, eight o’clock that evening.

Haydns ex-wife agreed to organ donation on the condition that he agreed to a burial service for...

The doctor also goes, “Have you ever thought about organ donation?” And I goes, “Well yeah, it’s extending Will’s life, I will donate everything.” He goes “Are you sure about that?” I goes I don’t need to think, half the, you know, whatever amount of people could benefit by that, fine. Will can’t sustain, my reason behind it was, well Will couldn’t sustain life any longer so it’d be a good idea for other people to benefit from that.

Because after I’d known, well Will’s body is just a shell. There was nothing there sort of thing. The spirit had gone, and all we were just looking at is the shell, so recycle the shell sort of thing, it made a lot of sense to me.

I literally signed the forms to say yes lets go for it, but we still had to get hold of his Mum. We decided at that time, I suppose it must have been about quarter to two, quarter to three in the morning, that we would not contact the Mum until the following morning, or [name], my daughter, until the following morning. Give them a good night’s sleep. Will wasn’t going to go anywhere, that’s a certainty.

And so what we did was then, we decided that we’d start doing the phone calls about half seven, eight o’clock to say that Will is clinically dead basically, stem, well what they were saying was Stem Cell dead. So it was a stem cell death it was.

So we started that process. Mum came up. I said Will had passed, there’s just no way is he coming back. She wouldn’t believe it. But I said I wanted two consultants to come along just to check to make sure Will had passed, you know.

She goes, “No, no, he’ll be fine.” And there was just, “He was alright a couple of weeks back, although he said he wanted to go on all the...” He’s gone. It’s as simple as that. I just wanted to know the person who dealt him the drugs that’s in his system so I can sort them out, well. “Because they’ve also mentioned organ donation. Do you agree to that?” She says, “Well, I’ll only agree to organ donation if you agree to burial. And I’d much prefer to be cremated, even er….” so I said, “Well I’ll compromise on that then. Because I’ll agree to burial if you agree to organ donation.” So that’s what we did.

Haydn cradled his son in his arms as he died, a memory he will always treasure. He was moved to...

So I suppose the last one to see Will alive effectively was myself. I think, while I was cradling Will in my arms, a lot of people say that it doesn’t affect the old hospital staff. It really does because while I was cradling Will in my arms I just, I looked, I don’t know what made me look up to the end of the bed because I’d actually sat and laid like, I cradled Will like a baby sort of thing. And I looked at the end of the bed and there were three nurses literally crying their eyes out. That was really, that was horrible to see that, you know what I mean.

Haydn would like more information about all the recipients, not just two of them. The first nurse...

The co-ordinator [specialist nurse] I had at the time, [donor coordinator’s name] was spot on. And actually she was great, but since then it’s been swapped over and the NHS has changed over and all, I’ve got no….

I don’t mean to, it’s just not as good as [the first donor coordinator], shall we say. I could say a lot of words but I’m not going to. But you could. I do think that we’re not being treated very well by the co-ordinators. Which is a shame really because we’re actually, in the decision alright, the decision maker of giving organs wasn’t the hard one in my eyes. But we give the chance to someone else, for someone else’s life. All we’re asking in return is to ask how they’re doing. Half a dozen people are alive through Will’s donation and we’re only hearing about two.

So was that the first co-ordinator who told you that?

No, that’s the last one. And that was the first word we’ve had in about a year and a half. We agreed every six months. So that’s a bit naughty that, so they need to up their game.

Haydns son, William, admitted himself into hospital because of his depression. He was later...

Around William’s death, we got a dreaded phone call on a Monday morning, or the week before that I actually had a word with William to take his medication. And he wasn’t taking medication and I’d spent two or three hours sending him text messages, being on the phone to him, trying to tell him that he should take his medication. So somehow I got through to him.

Will had taken an overdose of drugs had he?

Yeah. In Will’s system, I’m going to be absolutely blunt with you, they found cannabis, they found an E, methadone, medication, there was cocaine they’d found in there, right concoction so… That’s the way it is, methadone, cocaine, cannabis, he had an ecstasy in there as well. There was quite a lot. Quite a lot in there, it was a concoction they said would kill anybody.

Haydn kept himself busy with work, the inquest and raising awareness of organ donation. He couldn...

After the inquest, then it’s like, I got stuck in with work and all that. And the reality does hit you sooner or later. And then when you’ve got to sort of like deal with that’s the way, you’re not, you’re a child down sort of thing. What the hell do you do? All this time had passed and like seventeen, eighteen months had passed, and the reality is I’ve lost a child. I’ve lost a son, and I don’t know how to deal with it.

And how I dealt with it up to that point really was running away from it. By getting stuck into the inquest, dealing with my sister, yeah I did one or two interviews and things like that. I actually went to a Tenants Association meeting, asked to put a load of Organ Donation Cards on it, but it went to about fifty maybe that night. And all fifty were sent off and they gave them back to me. And I just put them in the post. So, as far as I know, the fifty went off like, incredible, a standing ovation that night and I burst into tears [laughs] as you do, you know me.