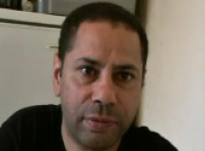 Age at interview: 39
Brief Outline: In 2010, Darren donated a kidney to his 19-year-old daughter. Both recovered well, though he would have liked more information about reimbursement for loss of wages.
Background: Darren is a single production assistant and has an adult daughter. Ethnic background / nationality' Mixed Race.

In 2010, Darren donated a kidney to his 19-year-old daughter. Darren’s daughter had had kidney problems for some time. She was frequently in and out of hospital and had to go on dialysis. It became apparent that she would need a kidney transplant and Darren agreed to donate one of his.

Darren described how he had to go through many tests to find out if he was suitable to be a donor. These involved a urine analysis, x-rays, blood tests, an ECG and a renal ultrasound. Unfortunately, his daughter had some complications and the operation was postponed. Two years later, Darren had to go through all the tests again. The re-tests showed that he was still a suitable donor and a date for the surgery was set.

Before the operation, Darren was given a DVD on living donation, where recipients and donors discussed their thoughts and experiences. However, he would have liked to have seen footage of the actual operation as well. He was already certain that he wanted to donate but was intrigued to find out about the surgery.

Shortly before surgery, Darren attended a workshop where more was explained about the operation and what to expect. He said that, although he found this helpful, it would have been more useful earlier on. It was a lot to take in so soon before the operation.

Darren described how the recovery process felt very slow at first. After the operation, the blood drip caused him discomfort and he found it difficult to sleep. He also developed a condition called pleuritic chest pain, which he felt prolonged the recovery process. It caused him a lot of pain and restricted what he could eat.

Once discharged from hospital, Darren stayed at his girlfriend’s house for the first few days. At this point, he still could not eat much and was just beginning to walk again. However, Darren was glad to be out of hospital because he could take things at his own pace. A couple of days later, he started eating more and feeling normal again.

At the time of interview, Darren was recovering at home and predicted that he may need three months off work because of the physical nature of his job. Before the surgery, he had applied for reimbursement from an organisation that provides this service for renal transplants, but had received nothing so far. Darren wished he’d been advised about it earlier as he was beginning to worry about how he’d manage financially. He would always have gone through with the operation regardless of any hardship, and was pleased to say his daughter was also recovering well.

Darren was given x-rays, blood tests, urine analyses, an ECG and various other tests. It took two...

Basically x-rays, nothing too intrusive or nothing like that. What is it? I’m just looking at my thing [notes] there. Yes, blood tests, urine analysis, you just give a urine sample. Blood pressure monitoring. Well you probably do these things whatever condition you’re in or whatever you have, you have to do them.

Yes, ECG which is like you go through this machine and they check your different points. Renal ultrasound, yes x-rays, that’s about it really, not nothing. But it just takes one at a time, another like a couple of things one afternoon, or you might be there for the whole day. And they they’d do various things in the morning and then you have to keep going back for the tests and things. Because it’s your kidney they have to keep monitoring.

Yeah. And did you say all this, this process took up to two years?

Yeah it did yeah. From the initial like first batch of blood tests and things, yes. Because I went for the tests and it took a few weeks to get everything sorted. They agreed to go with it but then my daughter developed a couple of complications, and they had to put it off. So then by that time I had to come back again just to make sure. So this time it was, yeah we definitely set a date and, yeah everything was fine.

Darren was given a DVD and booklet about organ donation, which included recipients and donors...

They gave me quite a lot of information. They gave me a booklet which I’ve still got about organ donation. It pretty much covers most of the actual surgery and just the practicalities, what to expect and various things. And again I got a DVD which featured basically people doing this interview and explaining, like the recipients and the donors. I think one or two various other people that are connected, like the wife of someone or something like that.

Yeah. Did you watch that?

Oh yeah, of course. Yes. I personally, I said to the surgeon that I want to see the actual surgery being done. But I don’t, they haven’t got one of them so far. But that was more the kind of the emotional aspects and…

And do you feel you had all the information in the DVD and the booklet?

Like I said, the actual surgery procedure, no, I like quite a lot of things like that, like more as a sort of a reality kind of. But, yeah, it was interesting, it was quite, you know. Everyone looked quite happy to be there, so I don’t think they would have done it otherwise. But it was quite encouraging. So basically that was confined to mainly the recipients and donors from their point of view rather than anyone else like the NHS staff or whatever.

Darren had a bad stomach pain and vomiting. He turned out to have pleuritic chest pain. When he...

I had really bad stomach pains, and they had to, the day after they came round, gave like, actually because I was vomiting and stuff, they stuck a tube down my… which I really didn’t like. But they had to pump the stuff out of my stomach, and all the gas and things like that. That was nasty. That was really horrible, man.

So that didn’t really, I thought I was going to be in for a few days but not quite that long. So, I was in

So you were actually in for about six days did you say?

Yeah. And you were expecting to be in there shorter?

Yeah. But, what happened to you?

Basically, I got pleuritic chest pain apparently and a rigid abdomen, which is, I don’t know, basically it’s where you can’t really keep anything down hardly. You just keep vomiting. I did try some food but it just wasn’t really, it was just coming back up again.

And so they took me down the next day for more x-rays and things like that. So they just said, “Right, just drink water for a couple of days and then try really soft food.” And yeah I started recovering really.

Darren rested at first and made good progress. Three weeks after surgery, he was doing many...

A couple of days rest and I was pretty much slowly getting back to normal. I baby-sat someone for a few hours, and started eating, trying to eat salad and things like that. Just trying to get back into normal food and so it’s quite easy really. Because I was taking things at my own pace, which I didn’t think I could do that in the hospital setting. So that was kind of more helpful to me personally.

And now three weeks after the operation how do you feel now physically?

I’m alright, yes. I’m just slight, like a bit sore still but, yeah I ran for a bus yesterday so.

Yeah. Yeah it was a bit, I’ve just been, just pretty much doing my normal day to day things really like shopping and stuff, which I couldn’t really do a few weeks ago.  Yeah I was…

So you can carry your own shopping or?

Pretty much now, yes. I wouldn’t obviously try not to take anything too heavy or, you know, I’ll try and get a trolley if I possibly can, if you know what I mean. The ones with the wheels and things like that, yes, just to try and be sensible and not like try anything too strenuous really.

The physical and emotional aspects of donating have been much less of a concern than the...

Basically, there’s an organisation that’s supposed to do that, some kind of a, where’s it? Where’s it? It’s a renal donor reimbursement place, my one is for the South East Coast. And basically you have to write out the dates that you attended the hospital for whatever reason, for whatever appointment, and give them the information like evidence, from that, from the hospital and your wage slips and things like that.

So I’ve done all that. I haven’t received any confirmation or anything like that so far, which is, I had to, basically I’ve phoned my coordinator [specialist nurse] yesterday but she wasn’t there. So I’m still waiting basically, which is another thing I’m a bit really concerned about because you shouldn’t really have to worry about money at these kind of difficult periods of your life, you know what I mean? It’s bad enough that someone in your family is, especially your daughter or whatever, you know. So that’s a bit, that’s a big, so that’s my two main concerns. The big, the practical sides more, is a bit more of an issue for me personally rather than the physical or the emotional.

Exactly. So, yeah I’m a bit, going to try and sort that out as much as I can. But apparently,

So ideally that shouldn’t be something to worry about?

No, no, no. That’s why I was trying to get that out of the way and then I can concentrate on what I have to do in the hospital. But now it’s, I’m being really careful with my savings and stuff. But yeah I think I’ll have to take a loan.

Darren donated a kidney to his daughter. Shed had kidney problems for many years and was on...

Basically, my daughter was in and out of hospital for various things related to her kidney problems and she had to go on dialysis, which I didn’t know much about at the time. I didn’t know anything to be honest.

But her mum approached me and I said yes, we’ll have to do something now because it’s getting really potentially life threatening, basically. So we contacted the hospitals. I can’t really remember that because it was a couple of years ago now. It’s taken about two years to finally get to this stage.