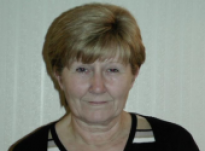 Age at interview: 54
Brief Outline: Andrea's brother, Paul, sadly died in 2009 of a rare condition called Wolfram Syndrome, aged 50. She and her father are proud of Paul and 'the gift of life' he gave to two people.
Background: Andrea is a teaching assistant. She is divorced and has an adult child. Ethnic background / nationality' White British.

Andrea’s brother, Paul, sadly died in 2009 of a rare condition called Wolfram Syndrome, aged 50. Paul was born in 1959 and, unfortunately, had poor health most of his life. At the age of 11, he developed diabetes. At the age of 15, he started losing his sight but doctors did not know why, only that it was unrelated to his diabetes. His hearing began to be affected in his 20s and, in 1996, he became extremely ill. In hospital, doctors found out that he had been retaining his urine and his body was flushing out the salts and fluids. Doctors did not why this was happening but feared that Paul would not survive.

Eventually, Paul was diagnosed with Wolfram Syndrome. This is a rare genetic disorder, causing diabetes, problems with the sight and hearing as well as other problems. Later, Paul had to be catheterised to pass urine and was registered blind. He also had problems with his mobility and was unable to walk without support.

In 2008, Paul was admitted to intensive care because he vomited in his sleep and aspirated. He was further debilitated after this event, and was put on a pureed diet. Throughout this time, he was being cared for in a nursing home and also had a lot of family around.

In 2009, Paul aspirated again and was, once more, taken into hospital. On this occasion, sadly, he deteriorated further and looked unlikely to survive. Andrea and their father asked doctors about organ donation. She remembered that Paul had had a donor card but thought he would be too ill to donate any of his organs. The specialist nurse [co-ordinator] told them that he would be able to donate his kidneys and liver. After Paul’s death, the liver was used to further medical research and his kidneys were donated to help improve the quality of life of two recipients – a 43-year-old man with two sons and a woman in her 50s who needed a second kidney transplant.

Andrea said she and her father gained a lot of comfort hearing from the male recipient, who wrote and told them how much his life had improved since the transplant. They receive regular updates from the specialist nurse, something they value deeply, and are proud of Paul and ‘the gift of life’ he gave to two people.

Although Paul had been ill most of his life, he was able to donate his kidneys and liver. Paul...

It was all arranged quickly, and his blood was taken and Paul was fully aware that that’s what was happening on that day [giving blood for research]. And we also asked if Paul could be considered for transplants, even though we knew he was, he’d been so ill we didn’t think it would really happen.

But they said they would find out for us, and later on that day the transplant team came through, the co-ordinators came to speak to us. Took some information, went to speak to the doctors, and then came back to us and said yes Paul would be a candidate, and they told us that they could probably use his kidneys and his liver. Because of the diabetic damage obviously to his eyes and other parts of his body, they wouldn’t be able to use certain parts, his pancreas obviously. But they would be very happy to use the liver and the kidneys.

We knew Paul would want this to happen because he’d always carried the card as a young man and, even though in his later years he wasn’t able to do that, we didn’t have any doubt that he would want to help others, just as he had with giving his blood to the Wolfram family for the research.

So we waited and waited that night. It was a long night because the transplant team had to come from [place name] I believe it was. And they didn’t come until one o’clock in the morning. All during the evening the transplant co-ordinators were coming to us, we had a little room of our own. Paul was asleep on the intensive care unit and we kept going through to speak to him even though he wasn’t awake. And they told us they would be ready in the early hours of the morning to remove the tube.

Paul was aware of what was going on right up until the tube was removed. Seeing him at the...

It was still difficult. At the point he died and we were still in the room because we were within a quarter of an hour of it being too late for them to do it. They had to take him more or less straight away, and that was really difficult. I wanted to say, “No, no.” I really felt when they were wheeling him out of the room, part of me wanted to say, “No, don’t.” But I knew, I knew it was right to do it. So I just let them take him.

Yeah, that was very difficult. I’ve got to admit it’s not easy at that point. Especially as Paul had been, he wasn’t being kept alive. He wasn’t brain dead and being kept alive by a breathing tube. If the tube stayed in he was alive and aware of what had been going on around him all day. He died because they took the tube out, so it was a different scenario to some other families where you know there’s nobody there anymore.

I did notice, it’s funny, maybe it doesn’t seem the right thing to have done, but when we went to see him in the undertakers, I looked at what had actually been done, and everything was all dressed as a wound would be as if you were living. You could see, and they’d even removed his catheter during the surgery as well, that he’d had a, you know for the last ten years. And they removed that and everything was all dressed properly. And he had been treated with dignity.

You felt reassured when you saw,

Paul had aspirated before so, when it happened again a year later, Andrea wanted doctors to give...

He [Paul] aspirated actually in his sleep. That left him in intensive care in November 2008. He couldn’t sit himself up and he vomited in his sleep and that’s what he aspirated on.

They found him actually dead in bed and they resuscitated him. But they did say to us at that point, because of his other underlying health problems, if he couldn’t breathe on his own then they wouldn’t do anything to resuscitate him. But he did manage to come round after that, although it did leave him then unable to walk, unable to use his hands, because of the extra brain damage that had been caused. And he was on a pureed diet after that, and he could no longer drink liquids. He had to have thickened liquids, stage two thickened liquids. He came out of hospital after that aspiration incident. He went back into his nursing home, where he was extremely well cared for.

And then exactly a year, more or less to the day, later he aspirated again. This time while he was being fed his breakfast and we were called to come to the hospital because the nursing home said it was sending him straight to [hospital name], go there. We were due to actually pick him up to bring him to my house for his birthday, it was his birthday on the Tuesday, and this was the Sunday.

And we got to the hospital and he was unconscious and they were doing a brain scan on him. They actually told us at that point that they didn’t think he would be able to hold his own airway, and they were going to remove the breathing tube. I asked them if they would wait and give his body a chance to recover, like had happened the year before, because I said he did it last time and he might be able to do it again. So they agreed to that.

And apparently during that week, they did try while he was intensive care to remove the tube and found he couldn’t breathe for himself. But they said that they’d give him another 48 hours.

Andrea wrote to both of her brothers recipients. She wanted to let them know a bit about him and...

We were waiting to see if they [recipients] would write to us. I said to the transplant co-ordinator [specialist nurse], “Is there anything to stop me writing?” And she said, “No, if you would like to write a letter,” so I did. I just sent it to her first because I didn’t want to put, you have to be careful, you’re not to put too much information in.

But I told them something about Paul’s character, that he was a lifelong Queen fan, and ELO. And a Star Trek fan. The original series with Spock and Captain Kirk. And even though Paul was blind, he used to listen to them. I used to, I had the CDs put onto the DVDs, put onto CDs so he could listen to them on his talking book, because he’d seen the programmes that many times as a youngster, he could picture everything in his mind.

So I told them the type of person he was, that he was a family oriented person. His family were very important to him. He didn’t live a high life, didn’t go out drinking or partying. He was at home all the time with his family. I just wanted them to know what type of person Paul was so that’s why I wrote the letter.


She [specialist nurse] arranged for a letter that I’d written to the recipients to be passed on, because we didn’t want them to feel guilty that somebody had died so they could live. We wanted them to know that we didn’t have any regrets, and we knew Paul would be glad that they can now live the life that he never was able to. And the co-ordinator [specialist nurse] has been really helpful in making sure that we pass on the right information and the information comes to us. She’s given us regular updates on their health.