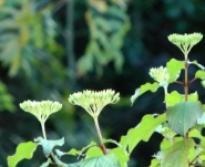 Age at interview: 41
Age at diagnosis: 15
Brief Outline: Farza would like input from a Community Psychiatric Nurse, which is now denied. Medication comes with side effects which are not helpful. Keeping to a routine and visiting the gym 3 times a week are the strategies which help with condition management.
Background: Farza first had symptoms as a child. It took 6 years to be diagnosed with various mental health conditions. Farza experienced bullying at school and at work and eventually the loss of work. Farza is single and lives alone.

The most prominent feature of Farza’s account is the way that the symptoms of the conditions have led to social isolation. Following withdrawal of a Community Psychiatric Nurse, Farza seemingly copes alone by trying to stick to a routine and visiting the gym three times a week. Some of the most useful help has come from patient support groups and ‘drop in’ services. For example, one of the diagnoses was initially identified by another patient rather than a health professional. Medication seems to bring other problems. Farza’s parents do not understand the medical conditions and are embarrassed by Farza’s behavior in social situations.

Farza had neurological investigations for 6 years without finding out what was wrong. Eventually, a different neurologist was able to diagnose Tourette’s syndrome at first sight.

Farza had neurological investigations for 6 years without finding out what was wrong. Eventually, a different neurologist was able to diagnose Tourette’s syndrome at first sight.

View topic summary
SHOW TEXT VERSION
EMBED CODE
PRINT TRANSCRIPT
And then when I turned 16, I thought, I don't need my parents, don't need them there at all times, so I can see my GP myself. And I went to see my GP, and I said, this is the problem I've had at school, and I don't know what it is, but I just feel there's something wrong. And he said, yeah, I can refer you to neurology. I've been to see the neurologist, for a very long time, he did lots of things, lots of tests, biopsy, and other strange words I’d never heard before. I went to different hospitals. And [pause], well he just gave in, he says, after, I don't know, a good six years, there's nothing I can do about it, just don't know how it could be, I can refer you to my colleague and see if he's got any other ideas. And I were referred to another hospital, which was quite local. And I said, and he said... on my first visit, he just diagnosed me with Tourette's, which I'd never heard about. Which was quite upsetting as well, and distressing, because [pause]. And I was just glad to get out of hospital, and I was really quite upset about it.

Farza has multiple mental health problems and life can be very hard. Farza has to cope alone because family members do not understand. Verbal tics are very embarrassing in public.

Farza has multiple mental health problems and life can be very hard. Farza has to cope alone because family members do not understand. Verbal tics are very embarrassing in public.

View topic summary
SHOW TEXT VERSION
EMBED CODE
PRINT TRANSCRIPT
Like, I've got ADHD as well, but I've not been specially diagnosed with ADHD, because they said, you don't have, a specific, you know, diagnosis for it, but you have got ADHD. I've got OCD, ADHD [sighing], anxiety and depression. It's, life can be very hard sometimes. But I'm, I think I'm still coping. But, I feel very lonely about it, because my family don't understand it. And my sisters, brothers and sisters, they just don't understand it, that there's something wrong. But it's very hard to explain when my tics come on, because I never see anyone. Excuse me.

That's alright. And so the tics, is, do the tics come on, I don't know, if you're under stress, or something?

Or are they just there all the time?

No, they come on when, I'm under, severe pressure. And something triggers it on, if I'm thinking, and it's getting me all worked up, I will tic, and it's gonna, sometimes... well, everybody... no two people are the same with it. My tics are like, I make barking noises, screaming, and, it's just, releasing your anxieties, really. I have to let it off. Which is really embarrassing in public, but, I'm afraid that's me.

Farza likes to lead GP consultations and has been fighting to gain access to a Community Psychiatric Nurse (CPN) for some time.

Farza likes to lead GP consultations and has been fighting to gain access to a Community Psychiatric Nurse (CPN) for some time.

View topic summary
SHOW TEXT VERSION
EMBED CODE
PRINT TRANSCRIPT
How would you describe your relationship with your GP - do they just tell them what to do, do you take your own problems and they respond, do you have any say in the treatments that you have?

Because I'm, yeah, I'm the one in charge, really.

No him. sometimes, yeah, he tells me what to do and I do it. But it's not him telling me what to do, so I, I prefer that, I think I prefer it the way it is.

Because I'm the one who's suffering.

So I'm the best to tell someone, what I'm going through. He's not the best...well, he is, he's got, he's got, he's very knowledgeable. But I am the one who experiences it, on a day to day basis. And I can tell him what's this, what's happened, this, and he can revert back, and I can...you know, we help each other that way.

And how responsive is he? So if you say, look, I really need to see a CPN, does he kind of help you to achieve that, that goal?

Farza’s GP doesn’t always receive letters sent by a psychiatrist based in a different town. Farza is sent a copy of the letters and takes them to the GP in case he hasn’t received them.

Farza’s GP doesn’t always receive letters sent by a psychiatrist based in a different town. Farza is sent a copy of the letters and takes them to the GP in case he hasn’t received them.

View topic summary
SHOW TEXT VERSION
EMBED CODE
PRINT TRANSCRIPT
With mine, I think, because I'm seeing...my GP is based in one town.

And my consultant, my psychiatrist, is based in the city.

Near the city. So, where...it doesn't always, he says he's gonna write to my GP, but sometimes, the GP never even gets the letter.

And I go and chase it up with him, and he says, I've never heard, I've never heard anything from him last. Which, yeah, it can be a problem, that, yeah. If you're within the same town, then it's fine, but if, if it's a different, if it's a different city altogether, then, you know, it's gonna be one problem for you. And to get the message through, is not very easy. I find that, yeah, because it's...and he sometimes says, I haven't heard anything, have you got a letter from him. Which, luckily, he sends me a letter, like I'm the GP.

So I bring a copy in, in case he hasn't got it. Because he doesn't always get it, no, which isn't good.

Farza’s medicines help to relieve symptoms but they also lead to weight gain.

Farza’s medicines help to relieve symptoms but they also lead to weight gain.

View topic summary
SHOW TEXT VERSION
EMBED CODE
PRINT TRANSCRIPT
You've already mentioned that you have side effects with your drugs. And I was wondering if you could take me through the meds that you're on, and the kind of, issues, any issues you've got with the medications that you...

...well, the side effects, I put on weight, I put on a lot of weight with the medication. I take mirtazapine, clozapine. Benzine, is it, benzine... I don't know.

And do the, do the drugs help, help your symptoms at all, or is it just all...

…no, they have a knock on effect. The, they do help my symptoms just to, to some level. But they put, they have...they don't help me in the respect that, they put on weight, I put on a lot of weight.

...and it's something that I can control. Which is fair enough, it makes sense. But it's me living with it who has a hard battle, to live with.

And I'm very lonely and isolated with it, it's not helpful at all.

But my sisters have their own lives to lead, so.

So you're kind of, completely independent then, as it were, in that you don't need, you don't need help from people, to kind of live a normal life. You don't have to have carers in, or anything, anything like that?

I'd say I just about manage, but no, I do have problems when I... I think, I could do a lot more sport, but I don't have the, I don't think, what is it, I don't have a social worker.

And my local C...see, I used to have a CPN, years back. And I think the rules and regulations regarding CPNs have changed. I still feel I need professional help. I feel I need my CPN, I need a CPN. And I need to see my psychiatrist more regularly, but they said to get a CPN, you've got to be severely, medically ill. That's like, you've got to be schizophrenic, and if you're not, they can't give you a CPN. Which is not fair, because I meet, I hit the borderline, with my problems. But, they still say no. Which my psychiatrist, who I've seen recently, he said, I'll see if I can get you to see a psychiatrist, I mean, a CPN, because I think you really need to, because your problems are to, you know, mingle with society.
Previous Page
Next Page