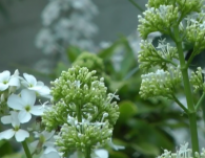 Age at interview: 46
Brief Outline: Angela has had asthma and ulcerative colitis since her twenties and had a stroke aged 44. Her asthma is well controlled but her colitis has been worse since the stroke. She struggled with returning to work and eventually quit. She now has financial problems and is trying to start her own business.
Background: Angela is single and lives alone. She has retired from being a school secretary due to ill health. Ethnic Background: Mixed European.

Angela’s colitis means that she can have 7 or 8 bowel movements within an hour of waking up. She was warned that the medicines that she had to take for colitis and stroke would “clash with each other”. Her new GP “initially misdiagnosed” the stroke, but has since been very supportive in her dealings with her employer before she quit for fear of “having a heart attack.” She feels that referrals for physiotherapy and counselling came too late after her stroke. Angela has seen medical reports and letters containing facts that are “completely wrong” and wonders about the extent to which medical professionals are listening to her.

Before her stroke, Angela belonged to a women’s walking group but since the stroke she can’t walk very far and driving is a problem. She feels socially isolated and that many of her friends have forgotten about her. Whilst she was recovering, her parents came over every weekend to help with everyday tasks. Angela would have liked much more help with dealing with the stroke – especially “day to day issues like cleaning” —and accessing health benefits.

Angela was told she is at increased risk of stomach bleeds and infections due to clashes in her medicines. Repeated sickness absence eventually led to her losing her job.

Angela was told she is at increased risk of stomach bleeds and infections due to clashes in her medicines. Repeated sickness absence eventually led to her losing her job.

View topic summary
SHOW TEXT VERSION
EMBED CODE
PRINT TRANSCRIPT
The other thing was that I was told right at the start that the medications I have to take for my, you know, to keep my blood thin and also medication I have for my colitis, I was told that they clash with each other so that there increased risk of me bleeding into my stomach.

And that it would also compromise my immune system. Now I was working in a school and as well as being school secretary, I was first aider for, I was coming into contact on a daily basis with sick children and I caught everything going. I had five weeks off just before Christmas with bronchitis and then New Year’s Day I came down with the norovirus and missed the first week of the new term, at which point I was summoned by the headmistress and told that my absences were unacceptable and if things didn’t improve, I would be put on disciplinary with a view to ultimate dismissal. They sent me to see an occupational therapist, who wrote a report to the headmistress saying, you know, I couldn’t really hold down a full time job anymore and that aspects of it were causing me significant difficulties, and that I would never be able to give one hundred per cent attendance again.

Angela was referred to various professionals after a stroke. She has stopped seeing them but has been given the option to get back in touch if she needs to; she isn’t sure if that’s what she wants.

Angela was referred to various professionals after a stroke. She has stopped seeing them but has been given the option to get back in touch if she needs to; she isn’t sure if that’s what she wants.

View topic summary
SHOW TEXT VERSION
EMBED CODE
PRINT TRANSCRIPT
I was, got referred to [hospital]’s you know, rehabilitation team, they organised the physio and I also saw an occupational therapist for a while, and then much later the psychologist. There have been points like with the psychologist where I, you know, I’ve been discharged by them at my own request because I felt I’d said, at that point, as much as I could do.

But, you know, I’ve been given the option, if ever I need to speak to them again I can I can go back to them.

And it, yeah, most departments have said that if I do feel, you know, a real need to go back to them I can call but yeah.

And is that okay for you? Is that as you’d like it or are you happy with that or?

Yes, I think I probably am.

I don’t know what I want.

Angela feels that she gets most support for her asthma. She would have liked to have had more domestic help following a stroke, but realises that is not within the GPs remit.

Angela feels that she gets most support for her asthma. She would have liked to have had more domestic help following a stroke, but realises that is not within the GPs remit.

View topic summary
SHOW TEXT VERSION
EMBED CODE
PRINT TRANSCRIPT
Of your conditions, which would you say you get the most help with? So I mean from the healthcare profession and that sort of thing?

Probably the asthma because I have I have for many years, been going to an asthma clinic every six months and I get automatically invited for a flu jab every winter.

So I yeah, I think that’s where I get the most support.

And is that right? Is that the right balance or would you like something different to be?

I would have liked much more help with dealing with my stroke, certainly and I really need help with day to day issues like cleaning.

And is that something that you have been able to talk to your GP about or?

No, not really. I don’t know if that’s a GP’s role, to be honest. I mean I’ve been to say welfare rights people and I’m trying to apply for help, but I seem to be a bit slightly too mobile for their liking. They don’t see me as disabled enough to need help.

And because I live alone and I do I do try my best to do everything for myself, they think I don’t need the help.

So is that something that you think in future you might, you possibly would raise with your GP, and do you think your GP is aware of this or not so much?

Probably not so much but, as I say, I don’t think there’s really any point in raising the issue, so I don’t know if doctors can help you get help with cleaning. I don’t really see it as their role.

She is supporting me in my benefit applications. I think that’s probably as much as she can do. I don’t know.

Angela found it hard going back to work after a stroke and it was 9 months before she received psychological support.

Angela found it hard going back to work after a stroke and it was 9 months before she received psychological support.

View topic summary
SHOW TEXT VERSION
EMBED CODE
PRINT TRANSCRIPT
I had three months off work after my stroke, and the first couple of weeks I just sat around really staring into space and trying to come to terms with it all.

And is that anything that you received any support with at all or?

No, not really. It was about six weeks before I got any referral to a physiotherapist and it was a whole nine months before I was offered any psychological help, and I feel that was way too late. Before when I went back to work, I found it extremely hard and I got, I was really struggling to do my job and at about the five months point I was really thinking it would have been better that I had died than to be struggling the way I was.

But eventually, I managed to pull myself out of that sort of… I had big fights with myself at one weekend. I was telling myself that the more I go round thinking I’m miserable, I don’t want to be here, the more I’m going to feel that way. So yeah, I had a bit of a breakdown that weekend and went into work with a better attitude on the Monday. But I really did go through a couple of very dark months where I would rather have been dead, and the psychological support I think came far too late.

Is that something that you asked for, you requested from your GP or was it offered or?

I did go to see my GP regarding my depression and I was, you know, given antidepressants for that but no, the psychological support came from [name] Hospital itself and that is generally the amount of time it takes for the referral to go through.

Angela felt that psychological support came too late after a stroke and she wonders whether doctors were listening to her properly. These concerns are confirmed by apparent inaccuracies in her medical records.

Angela felt that psychological support came too late after a stroke and she wonders whether doctors were listening to her properly. These concerns are confirmed by apparent inaccuracies in her medical records.

View topic summary
SHOW TEXT VERSION
EMBED CODE
PRINT TRANSCRIPT
If I could ask you now, if you had any messages to medical professionals about how they could have improved the care you received, or in the future going forward, how they could help you more, what would you say to them?

God, that’s a hard question. I think I already have indicated to the neurologists and to the stroke department that, you know, the psychological support came two or three months too late.

It it’s sometimes I feel that that they don’t listen enough, you know. I’ve seen letters and reports where they’ve got their facts completely wrong. I mean the report from the neurologist stated that I had a long history of depression, which is not true at all. My depression has been purely as a reaction to my stroke and to the way that work has treated me. I don’t I don’t have a history of it at all and there’s just a few other little inaccuracies here, there and everywhere. I think, ‘are you actually listening to me?’

Yeah, just I’d like them to listen more I think.
Previous Page
Next Page