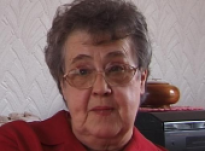 She first noticed something was wrong when she started to feel abnormally breathless. She found that her breathlessness started to impede on her ability to carry out everyday tasks. She eventually decided to visit her GP. After a series of misdiagnoses of shingles and pleurisy, her GP referred her for an appointment at the hospital as her condition had not improved after taking antibiotics. In the meantime her GP carried out an x-ray. As the x-ray came back clear, she and her husband decided to go on their planned holiday to Scotland. When back from holiday she went to a consultant for further x-rays. She was also sent for various tests and a bronchoscopy. When she went to discuss her test results with her consultant he diagnosed her with small cell lung cancer. She said that she had anticipated that something wasn’t right when she noticed a shadow on her lung x-ray in the consultant’s office during her appointment. She felt shocked and numb when she received her diagnosis. She explained that she had found it difficult to register what was happening as she hadn’t experienced any pain and had been living life as normal.
Her consultant informed her that it was inoperable and that her best option was to start a new and more aggressive form of chemotherapy, and undergo a stem cell transplant as normal chemotherapy was likely to be ineffective. She decided she had nothing to lose and trusted her consultant’s recommendation and started treatment the next day. She had 6 cycles of chemotherapy over 6 months. She found chemotherapy difficult and that it made her terribly ill. She experienced a number of severe side effects from the treatment; in particular she suffered from fatigue, sickness and mouth ulcers. She was unable to eat anything for 10 days. She explained that simple things, like moving to sit on a chair, felt impossible. She felt frustrated by her lack of energy. She also found that she lost her hair and control over bodily functions. She did not mind losing her hair but felt at her lowest when she was unable to make it to the toilet in time. She found the treatment painful and that it would affect her long after she had received it. She also underwent a stem cell transplant, which reduced her immune system for about 6 weeks. She had to remain in hospital for this time, which left her feeling depressed. She was relieved to find that the procedure was not painful. Additionally, she had radiotherapy. She had felt scared about going to radiotherapy, as it was at the same hospital where her father had passed away during his treatment for lung cancer. Despite all the things she went through, she was just grateful to be alive. She explained that after 18 months she finally began to feel as though she was getting back to normal. Since her diagnosis she has experienced other health problems and residual side effects from treatment.
She had invaluable support from her husband, family, friends and neighbours. Her husband and family had been shocked by the news but gave her lots of support emotionally and practically with household chores and cooking. She also found comfort and strength through a monthly support group and in complementary therapies available through the group, such a reflexology, aromatherapy and reiki. She explained that the hospital staff had been great and that she had received a lot of support from Macmillan cancer nurses throughout difficult times. She believes that once you have got past the initial shock of being diagnosed with cancer, it is important to stay positive, and remember that people have survived and got through this. She explained that cancer is just a word and that you are still the same person you were before. She found that the experience enabled her to take stock of her life. She has done a lot of publicity and charity work for Cancer Research and Macmillan which she has found incredibly rewarding. She had felt guilty for probably bringing the illness on herself as she had smoked most of her life. She said that she had been able to give up smoking before starting treatment without looking back. She explained that it’s only when it happens to you that you feel foolish for smoking. She feels that every day is a bonus, and that what she has been through is a small price to pay to still be here.

She knew that smoking had caused her lung cancer; she gave up a week before her diagnosis 7 years...

She knew that smoking had caused her lung cancer; she gave up a week before her diagnosis 7 years...

I mean I always say my cancer was caused because I smoked, I knew I shouldn’t have done because I always had bad colds and chest infections caused by it. I'd lost my father thirty-odd years prior to that with lung cancer through smoking and yet it still didn't make me stop. But I did manage to stop in actual fact the week before I was diagnosed, and fortunately I've never wanted one since, so I've been very lucky that way too.

Being classed as ‘terminally ill’ with lung cancer means that this woman is getting Disability...

Being classed as ‘terminally ill’ with lung cancer means that this woman is getting Disability...

View topic summary
SHOW TEXT VERSION
EMBED CODE
PRINT TRANSCRIPT
I get Disability Living Allowance, I think that's because, I don't know whether all cancer is, but certain cancers I think may be because it's, I'm supposed to be terminally ill, and I think maybe it's that you're sort of, it's caused special circumstances, so you qualify. And that Macmillan nurse that I told you about, she's sort of within, oh before I'd ever started my treatment, when I was still having my tests, she sorted all my financial things out and everything, you know. Because I think that is a thing when you've always worked and you suddenly stop working, and you've no idea when you're going to be going back, you know, you just think, oh well, how am I going to manage without my wage, and all this stuff, because I think you tend to live up to your incomes, don't you, type thing? But as I say, she was wonderful and she sorted it. And I've got it ever since; I think you get it for life.
Yes, do you mind me asking how much it is a week?
Well it is, I think I get the highest thing, and I think it's about £360 a month, but I have a car, for the last two years we've had a car from it, so they take, I think it costs £150, so I think I get about £220, something like that a month now because we have the car. So…
Who organises the car, is that a government thing or charity?
Yes the Motability.
Mobility Allowance?
Mobility yeah.
Is that a government?
I think so, yeah, I think it must be.
Oh that's good.
Yeah so it's very, very good, you know, you get a list, you can choose different cars. So it was the only way we'd ever have a new car, so when [my husband] was 65 I just said, "Would you like to do that, you know, we can manage can't we?" So sometimes you think, oh we could do with £150 a month, but there again it's nice, isn't it, to have a new car. And, you know, they, I mean all you have to do is put petrol in, because they pay for the insurance and everything, so…
Oh that's good.
You know, they pay for the servicing of it and everything, so it's very good. But yes, now whether all cancers get that, people with cancer get that I don't know but, yeah, I've had it and it does say you get it for life. Because I know sometimes, you know, when you park in a, I have like a, well it's a blue badge now, isn't it, and you park sometimes at a shopping supermarket in a disabled area, you know, people see you get out and they think, they look at you as if to say, well there's nowt wrong with her, you know. But I mean, you know, I once said that to [my husband], "I feel awful, you know, people look", he goes, "Look, they wouldn't want what you've had, would they, so don't worry about it". But yes, it's nice to be able to park at the front of shops. So, as I say, there's a lot of advantages, isn't there, in these things.

She feels frustrated by ongoing fatigue as a result of having had lung cancer treatment. The...

She feels frustrated by ongoing fatigue as a result of having had lung cancer treatment. The...

View topic summary
HIDE TEXT
PRINT TRANSCRIPT
But I think it's just the sheer tiredness and not being able to do anything, and it's so frustrating because you want to get out of bed, and it isn't as though you just want to lay there, but you just can't do it, it's just a physical impossibility because you are so weary.
And I still get very tired. Obviously I do most things in my house but I've got a very good husband who does an awful lot for me. I do get tired quite easily and I know by tea time that I've had enough, you know. I don't go out a lot on an evening or anything, you know, because I just do sort of suffer with tiredness, and I think most people who've had chemotherapy seem to think that, you know.
But on the other hand it does get a bit frustrating sometimes, you know, like I've just been ill again at New Year, you know, I've been in bed for five days, it was also my wedding anniversary so we couldn't go out or anything, you know. And I found that I've missed quite a few family engagements and family outings because of illness sort of thing, you know, being tired. And sometimes I think people do find it a bit hard to, you know, they tend to think, ‘oh, you know, she's poorly again,’ type thing, you know, I think that does come into it a bit sometimes, I don't know, maybe. I tend to feel a bit, as I say, I don't know why I always feel guilty about things, don't I? But you just feel sometimes that you're letting people down if you don't feel well enough, you know, to go out. But I do know my limitations and I know that I can't do with a lot of noise, you know, it sort of turns, makes my head go a bit funny, I can't do with a lot of people talking, I'd rather be quiet. Maybe that's because there's only two of us live together and I can't do with a lot of people around really, you know, I couldn't go to discos or anything like that, you know, where there's that sort of noise, it does my head in type thing.
And I do sometimes think to myself it's a shame for [my husband] like, you know, because we miss out on things because I'm not well enough to go or something. But he doesn't seem to mind, so he accepts it, he's wonderful.
Previous Page
Next Page